The Shed, an extraordinary new shape-shifting cultural space in Hudson Yards on the West Side of Manhattan, has been one of the most talked about buildings of 2019. Designed by Diller Scofidio + Renfro in collaboration with Rockwell Group, The Shed is connected to the High Line on 30th Street, and aims to bring performances and art to New York's newest neighborhood.

Listed by ArchDaily as one of the most important new architecture projects in 2019, The Shed has been described by its chief executive and artistic director Alex Poots as a new-model cultural institution, 'a place for invention, for curiosity, for risk-taking'.

The eight-level base building—with two large gallery spaces, a 500-seat theater, rehearsal space, artists’ lab and skylit event space—features a 37m telescopic shell that can extend out to create space for larger performances. A steel structure clad in ethylene tetrafluoroethylene (ETFE) cushions, the outer shell deploys from over the base building, gliding along rails on to an adjoining plaza to double the building’s footprint. Known as the McCourt, the space can be used for large-scale performances, installations and events, accommodating a seated audience of 1,250, or more than 2,000 standing. The nature of the structure posed a series of unusual challenges and requirements for the lighting, in terms of the translucency of the material, the mobility of the structure (in that the fixture had to withstand the outdoor environment) and the importance of sight lines and glare in a space that can be reconfigured in several ways. Ease of installation, operation and maintenance in such a large structure were also crucial considerations. ERCO worked with Tillotson Design Associates to create a solution that met all the criteria. 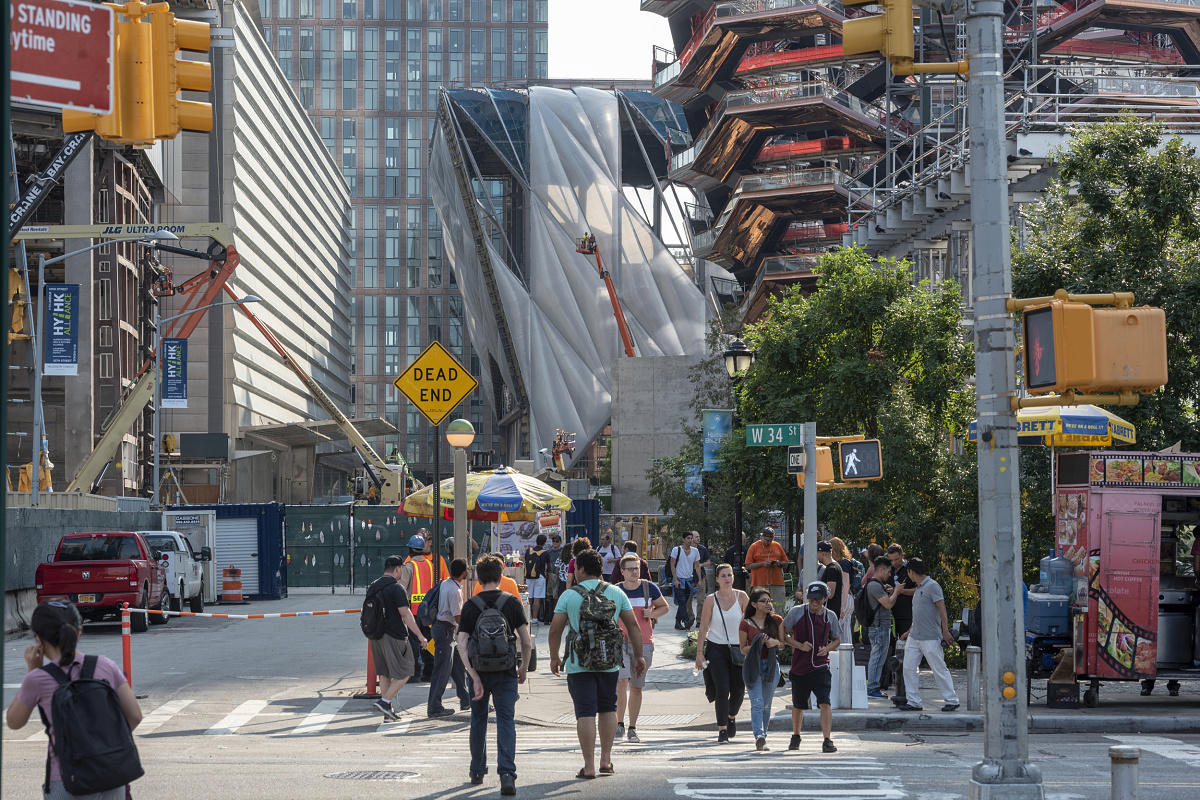 The answer to a luminaire that could provide the right intensity and uniformity to illuminate the 'skin' from either end of the section was the ERCO Grasshopper projector. These 18W fittings – just under 750 in all – are mounted within all the corners of the beams in the moveable outer shell. In line with ERCO's concept of individual service, all of them were customized with a remote driver box, necessitated by the location of the fixtures within the cramped corner spaces. The fixture heads had to be installed as close as possible to the mounting surface, so a special mounting bracket was created and the driver positioned remotely to reduce the space occupied by the fitting. A 5000K color temperature conveys a contemporary, literally cool aesthetic. 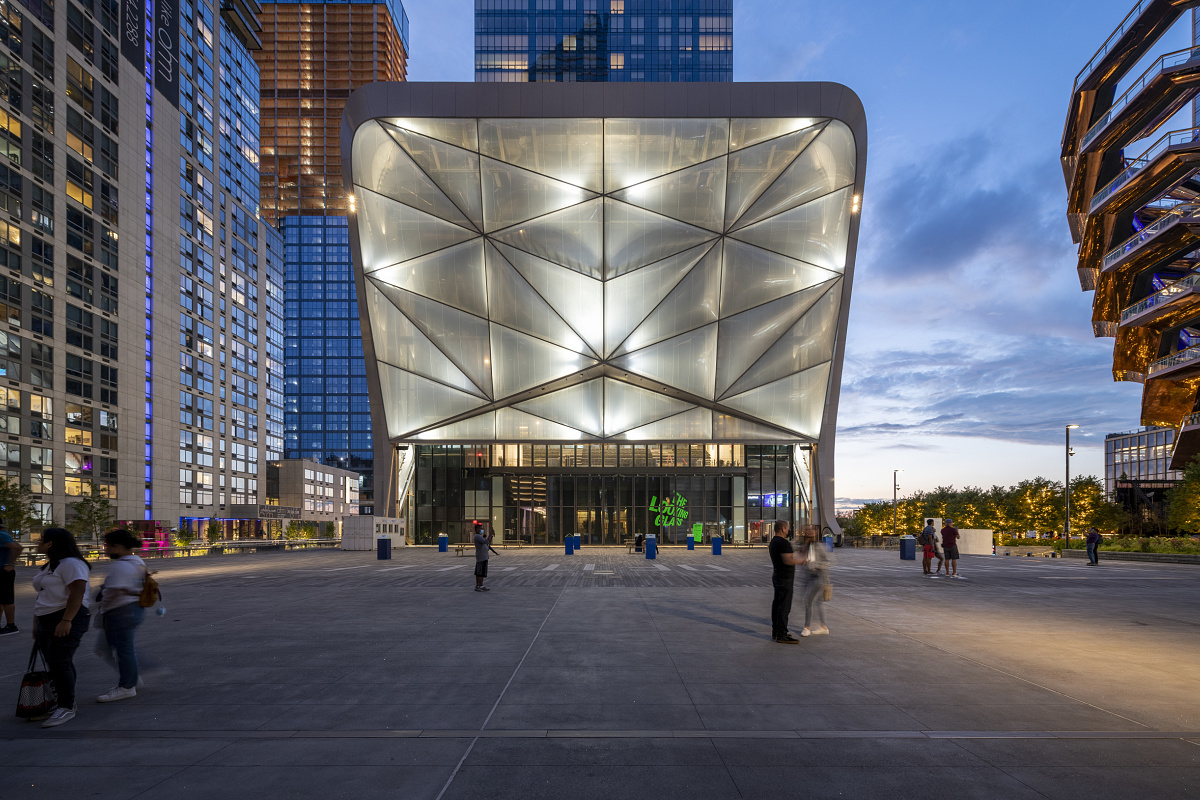 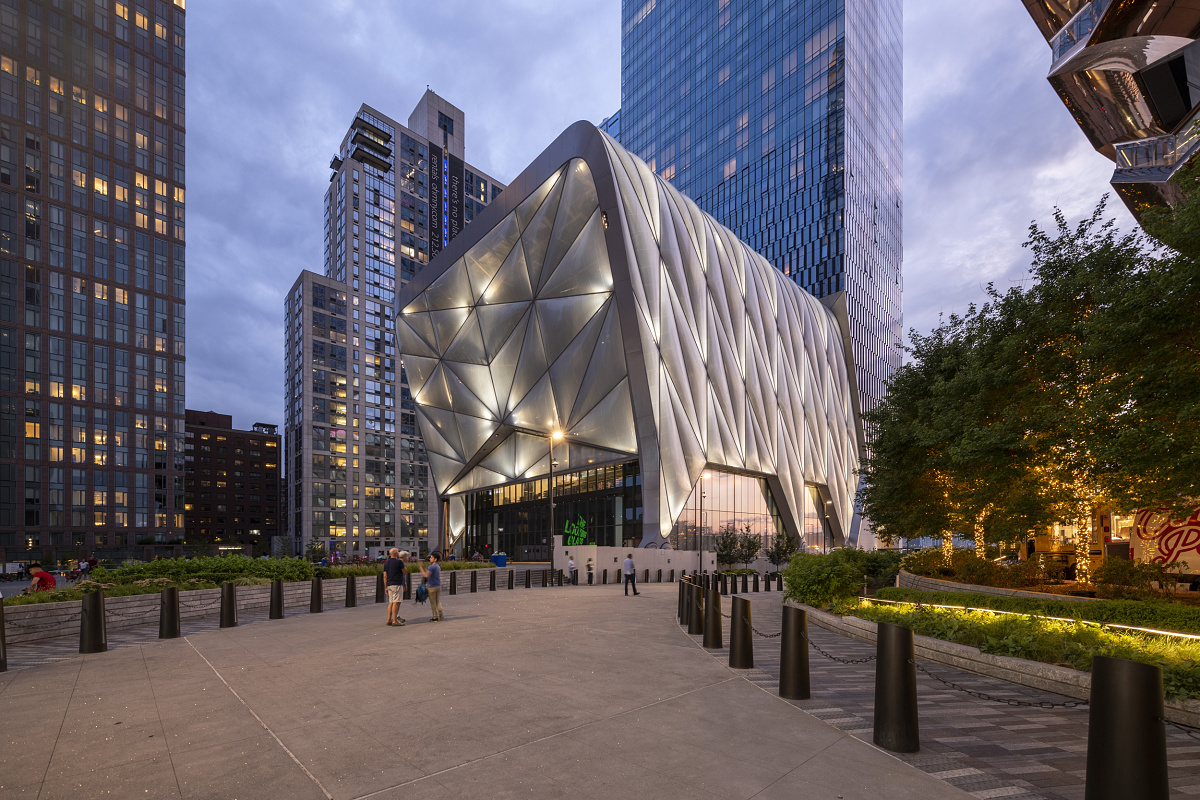 The Grasshopper has exceptional light output, high visual comfort, easy aimability – it can be tilted and rotated in any direction – and, with its compact physical size, emerged as the ideal choice after an early mock-up. A highly versatile exterior range, with precise photometrics to prevent spill light, it can be used for accent lighting, floodlighting and wallwashing.

Lighting the East Facade are round-shaped Kona 48W projectors, a total of 66, specified in the same 5000K color temperature. The range also comprises projectors, floodlights and wallwashers, and was developed to deliver high luminous flux with maximum visual comfort. The powerful output allows the fitting to be spaced further apart. Like Grasshopper, the fitting can be customized.

In addition to The Shed, ERCO has recently worked with Tillotson Design Associates on a range of US schemes in New York and beyond, including the Museum of Modern Art (MoMA), Ruby City, the Seignouret-Brulatour Mansion and Rhode Island School of Design (RISD). 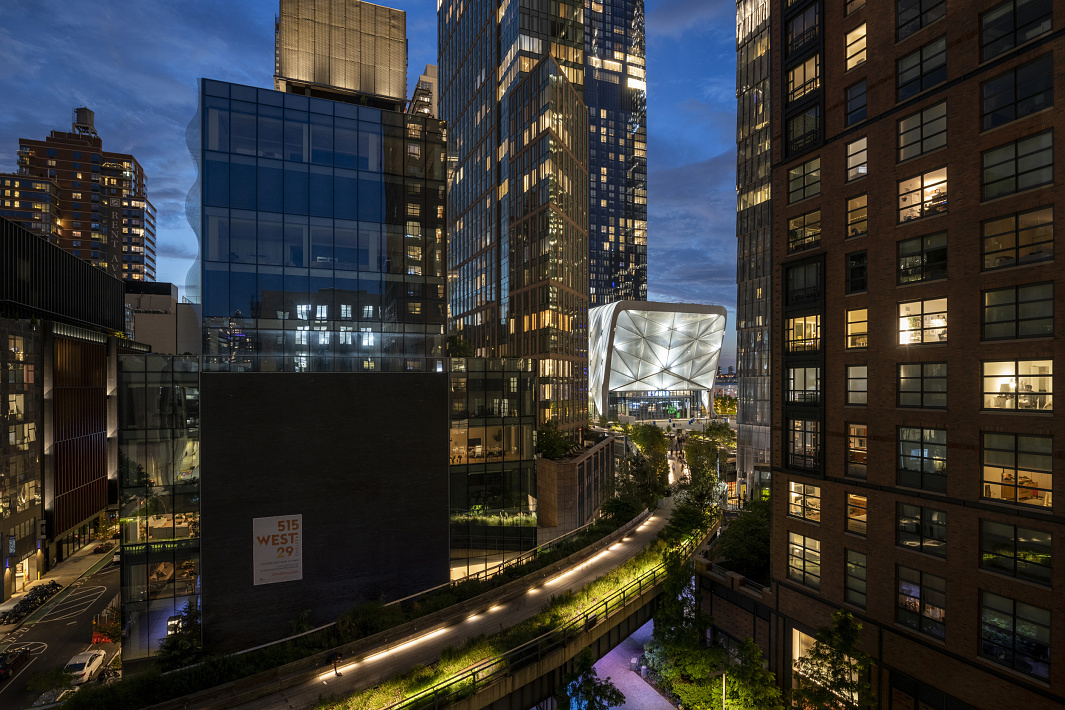 is the executive editor of Lighting (Illumination in Architecture) and has specialised in architectural lighting both as a magazine editor and writer since 1994. Jill is the author of three books on lighting, including Detail in Contemporary Lighting Design (Laurence King). She is the editor of the first BCO (British Council for Offices) Guide to Lighting.