The game of football is the undisputed center of attention, and the architecture and lighting concept must bow to this principle – such was the design for the new 'Stade de la Tuilière' in Lausanne. Effective lighting with ERCO LED lighting solutions in the access areas to the stands and in the VIP zones perfectly implements this idea. As part of the "ERCO individual" service, not only was a sophisticated system of suspended channels with integrated, glare-free lighting developed for the corridors and catering areas, but housings and anti-dazzle louvres of all luminaires used were color-matched to blend visually with the architecture and interior design.

The new FC Lausanne-Sport stadium was designed for football matches and major events. The striking architecture with its four projecting stadium corners accommodating the entrance areas puts the action on the pitch in the center, whilst at the same time emotionalizing it: the steep tiers bring fans close to the action and the low roof amplifies sound levels during the match. The special corner solution creates a canopied public space overlooking the pitch. In this way the atmosphere can already be felt from outside, and a pulling effect into the interior of the stadium is created for visitors. 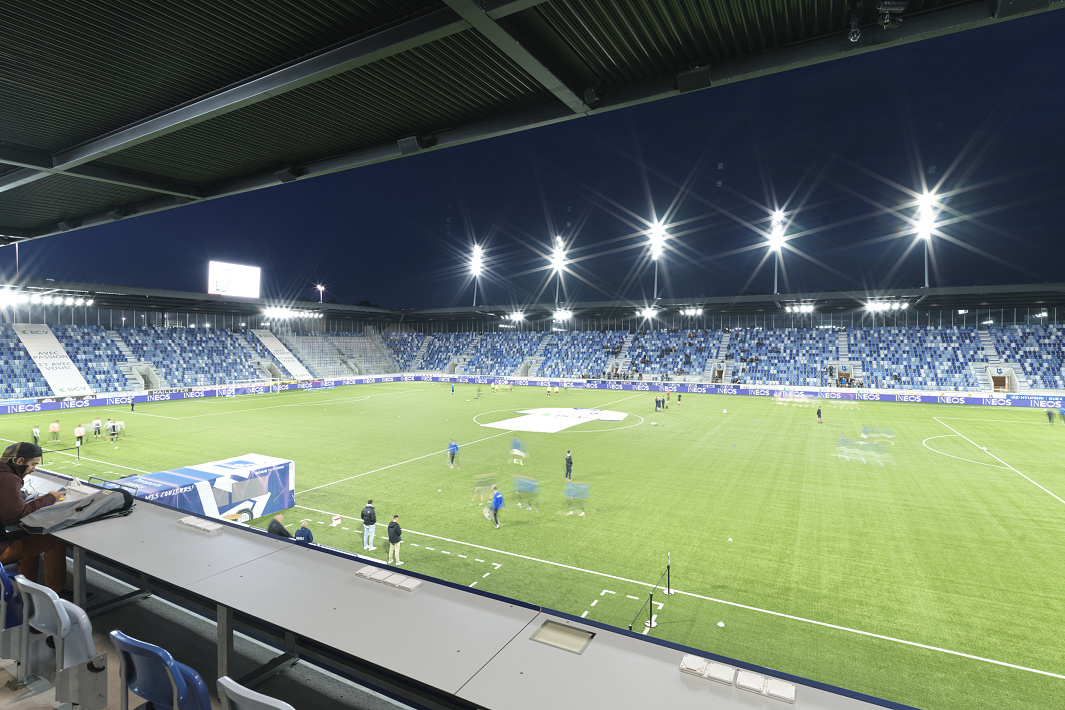 Light, not luminaires: the projecting corners of the building are optimally illuminated with a minimum number of LED projectors

The lighting designers from LLAL AG support this intentional pull effect with a special lighting concept – the stadium building is not illuminated from the outside apart from the light dome above the pitch. The building receives strong accentuation of access areas to the stands in the four corners of the building with the help of high output Kona outdoor projectors from ERCO. "The LED modules with a wattage of 96W and 13,200 lumens are real light cannons," states the satisfied lighting designer Tobias Gsell of LLAL AG. "For example only two Kona projectors are needed at each of the two main entrances, and only one at each of the ancillary entrances to optimally illuminate these circulation and escape zones, which are also essential in terms of safety." 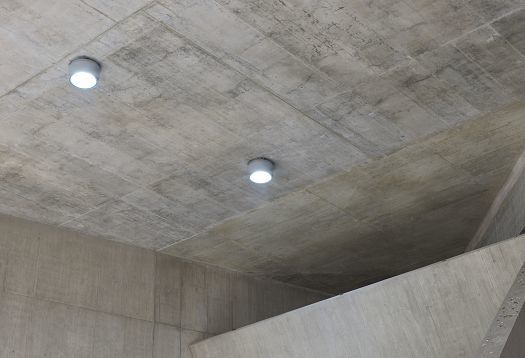 The luminaires were coated in the special color RAL 9006 and blend visually with the soffit of the concrete ceiling. As a result, it is not the luminaires but only the lighting effect that is noticed by the visitors. Since the actual pitch lighting also appears rather cool and the four entrances are the connecting link between the outside (the surroundings) and the inside (the match), the lighting designers specified neutral white 4000K as the light color for the outdoor areas. "The entrance zones are also intended to contrast with the warm white, under-illuminated grandstand soffits and the interior spaces," explains Tobias Gsell.

LED luminaires from ERCO are used for architectural lighting not only in the entrance areas to the stadium but also for all VIP interior areas. "Wherever atmosphere and lighting effect are essential we opted for effective lighting with ERCO that creates light precisely where human perception requires it," summarizes Tobias Gsell. "The LEDs used also have high lumen-output and are optimally glare controlled." The architects wanted a linear lighting solution for corridors and catering areas, to be installed parallel to the exterior glass facade. The lighting designers met this specification with a suspended channel system constructed of black anodized aluminum profile. 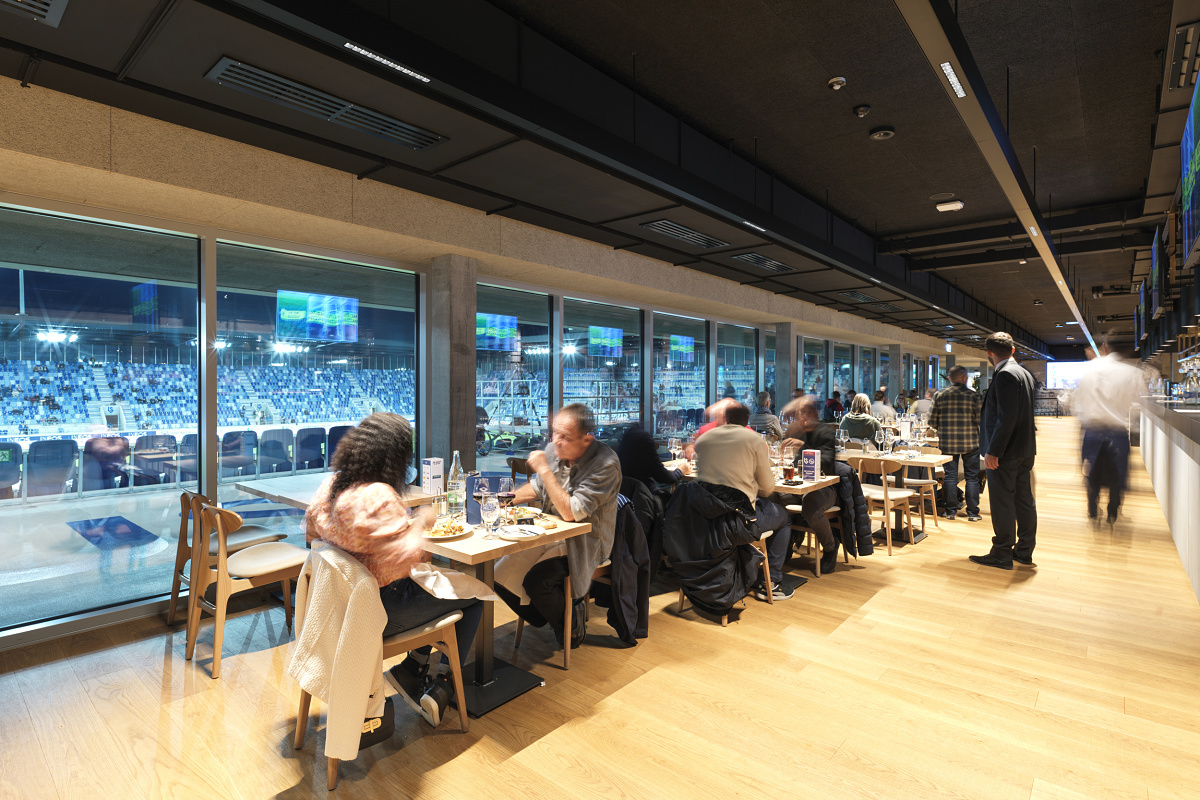 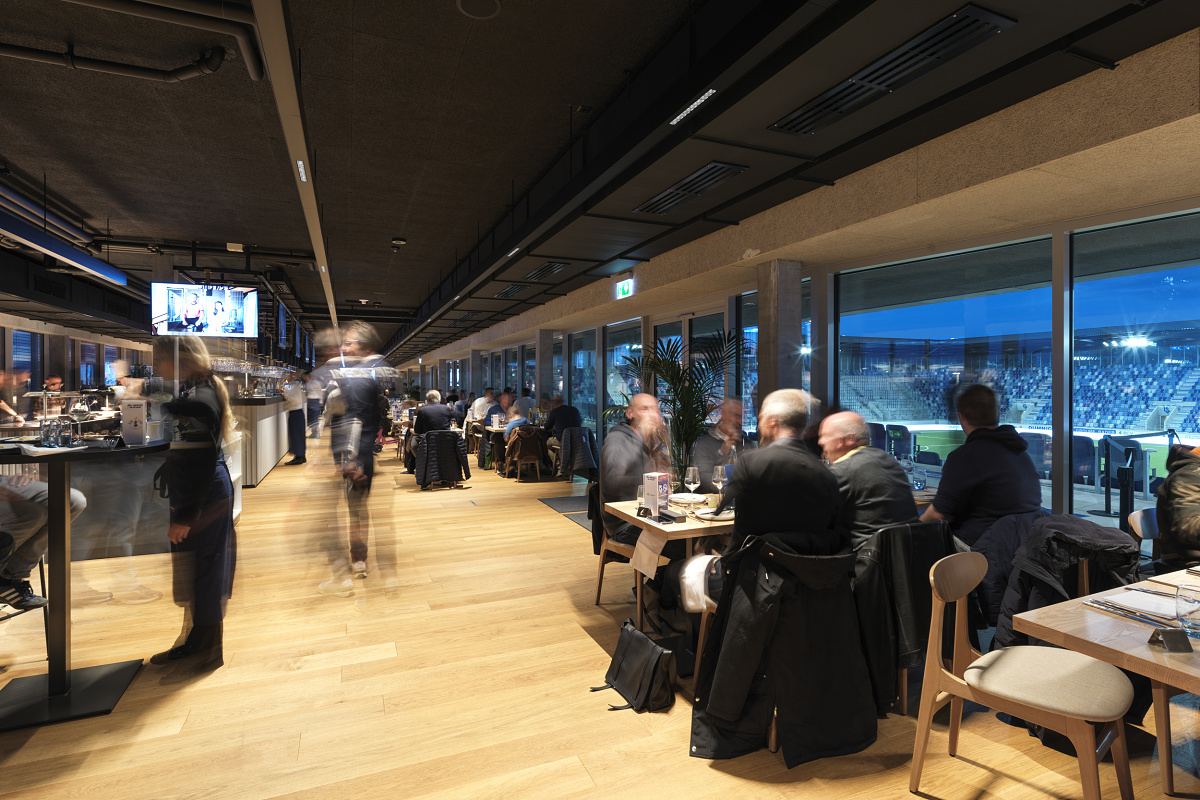 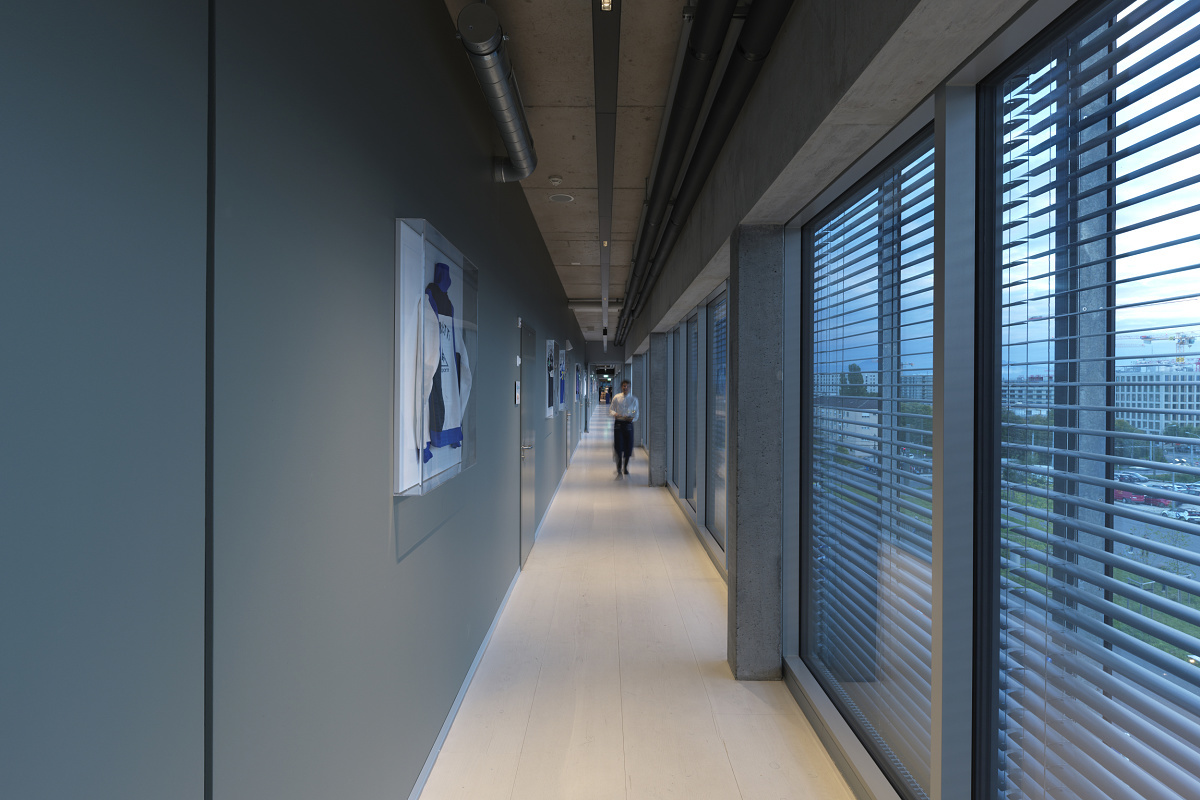 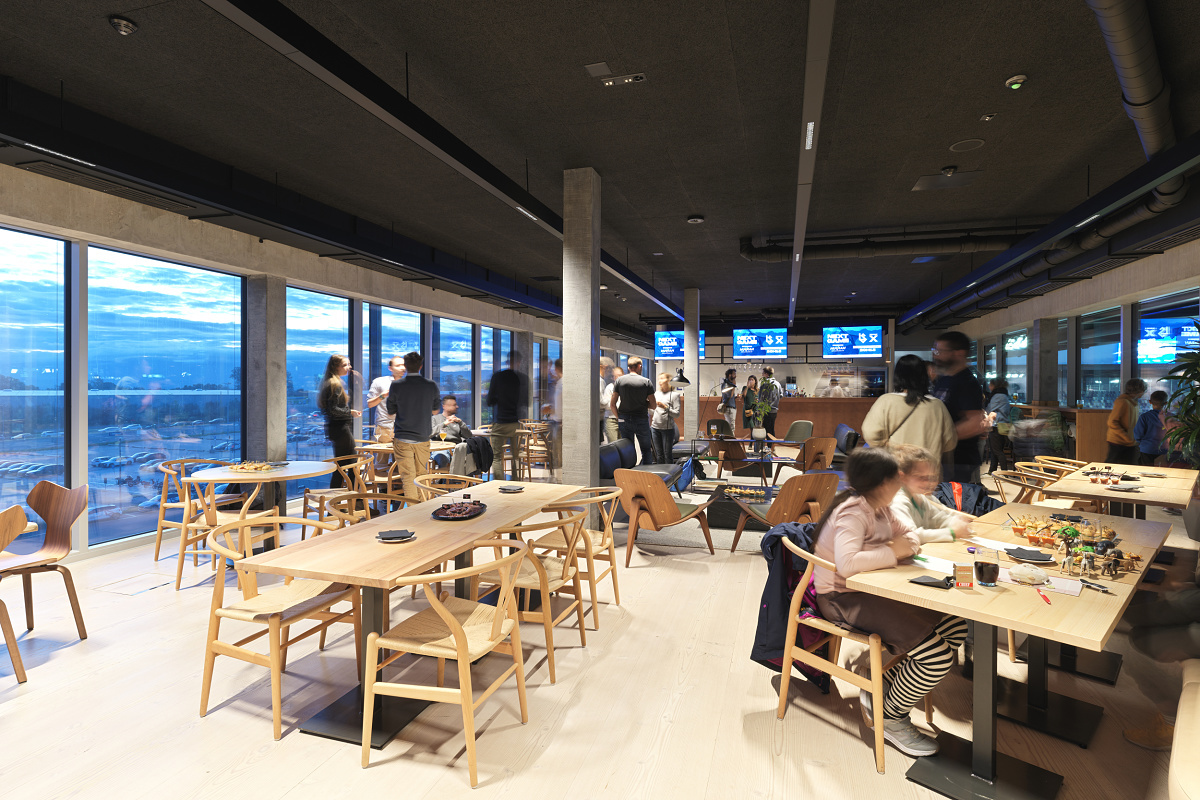 Compar linear downlights in light color 3000K warm white and with 60° wide flood distribution were integrated into these custom-made channels. Their anti-dazzle louvre limits the view into the lenses to provide maximum visual comfort. The optimally glare-reduced luminaires avoid reflection points on the glass panes that separate the interior from the stadium. 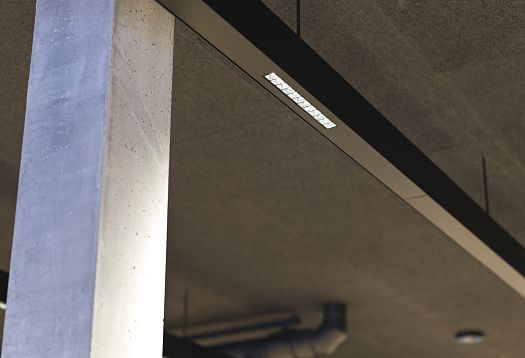 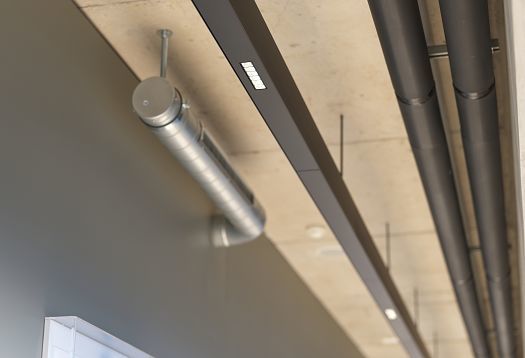 "Nothing interferes with the view out onto the pitch. The football match is the entire focus of attention – which is how it should be," states Tobias Gsell. As part of the "ERCO individual" service, the color of the anti-dazzle louvres was adapted to the black channels so that they visually blend with them. "The light magically radiates out of the light lines," says lighting designer Gsell with satisfaction.

How to implement sustainable lighting in your next project: learn what really makes effective lighting. 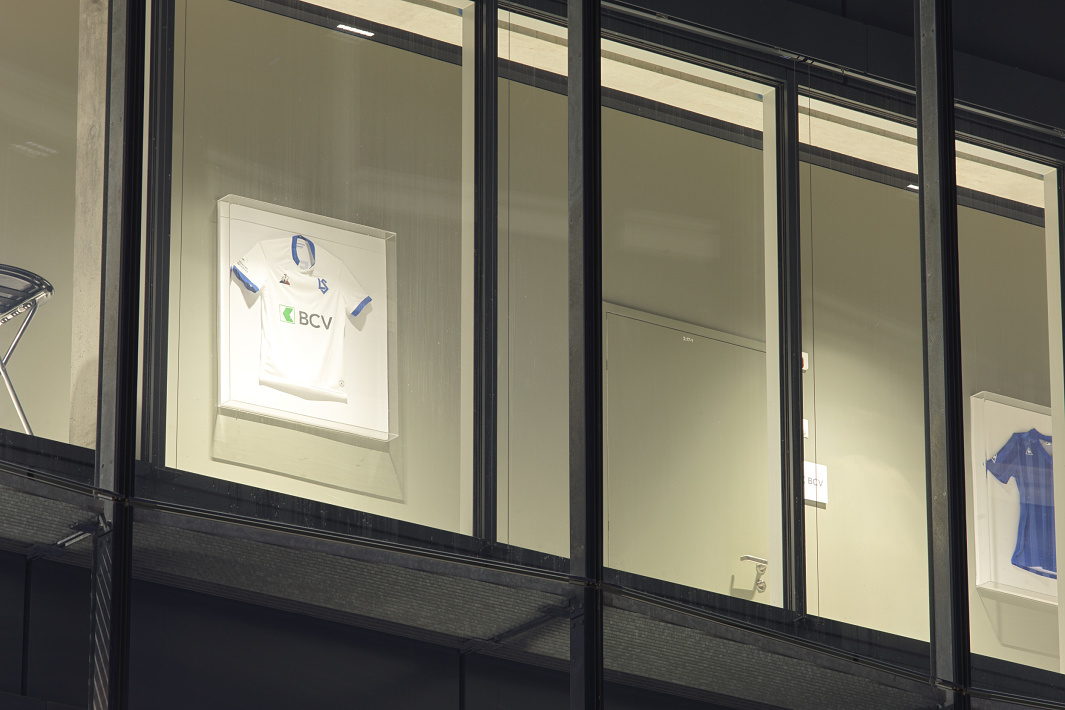