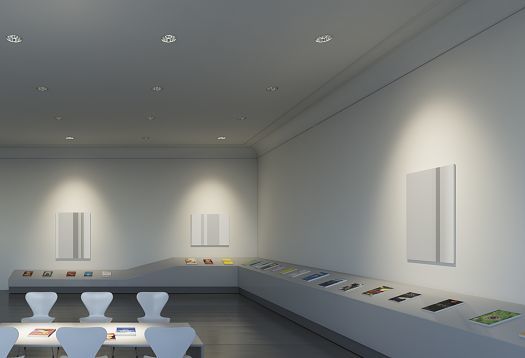 By contrast, the blanket illumination of complex structures presents the object as a whole and reduces the three-dimensional effect. By decreasing contrast of light and shadow on the object, the effect is nowhere near as stimulating as when directed accent lighting is used. It also means that the variations in the shape will not be so easy for the observer to see. Producing this uniform lighting requires some unconventional luminaire positions, such as from the side or on the floor with wide beam angles, in order to avoid these being shadows on the underside. This does mean that the observers themselves will cast shadows on the object when standing in front of it and they are likely to be dazzled by the light. 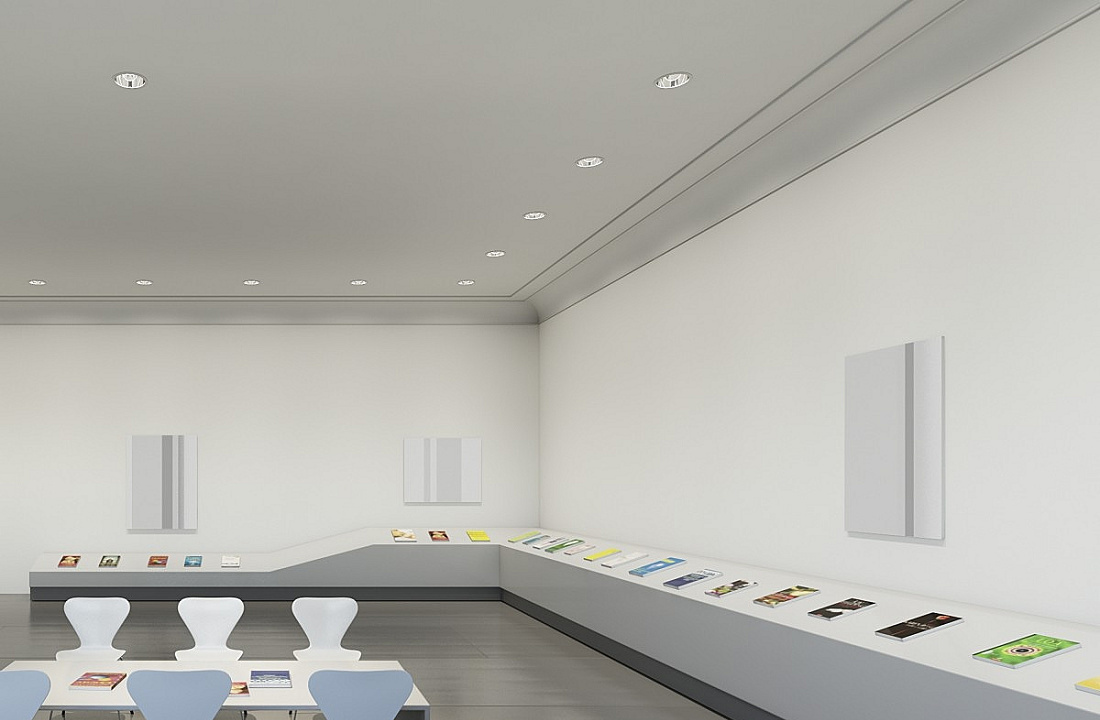 The uniform brightness distribution on the walls creates a quiet atmosphere. The table has a similar brightness level, allowing it to inconspicuously blend into the room. 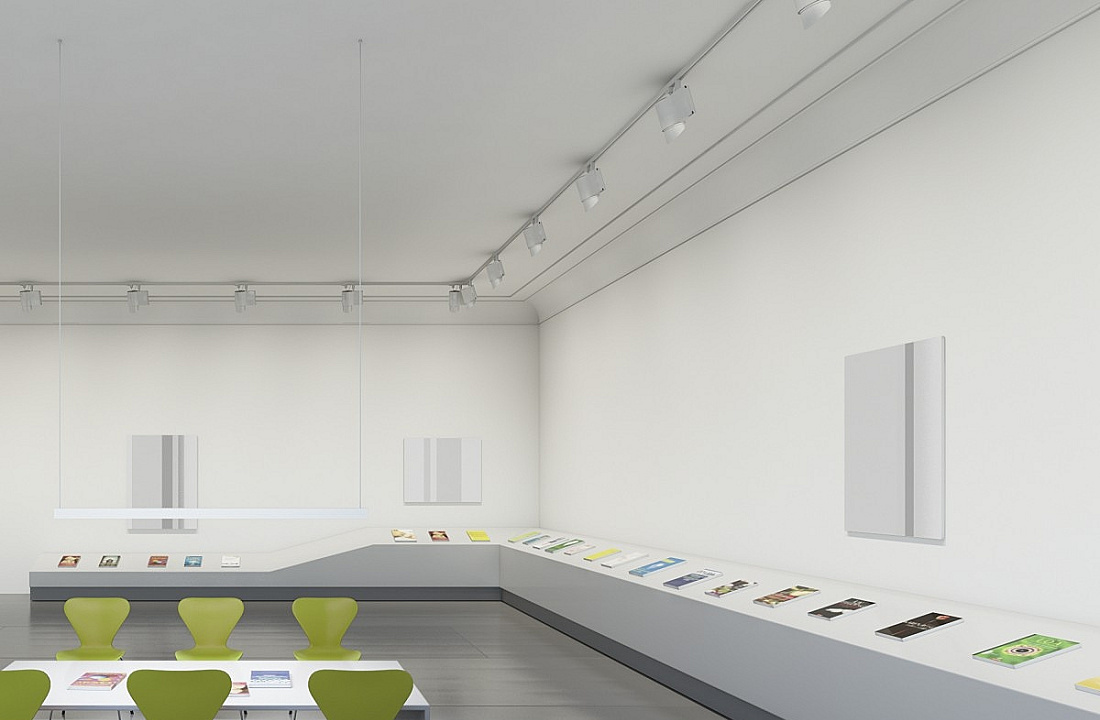 In contrast to the recessed ceiling luminaires, the lighting solution of track and spotlights (shown below) has a more technical appearance. The form of the pendant luminaire for the table gives it a sleek and neutral effect. 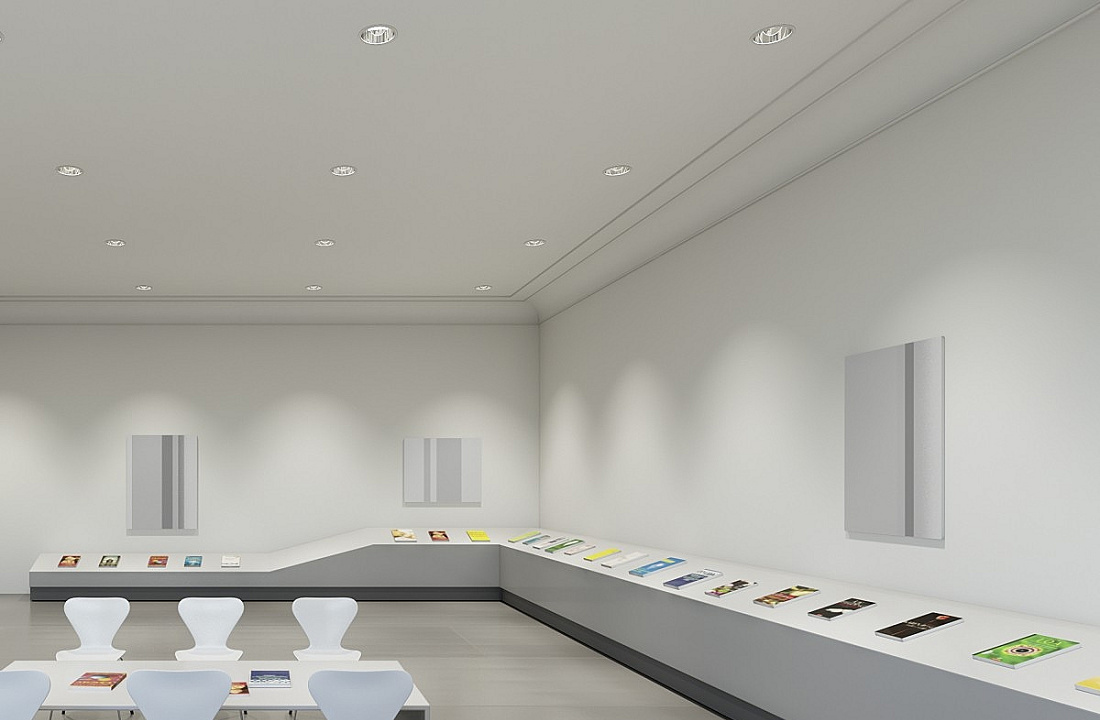 The progression of light on the wall casts scallop patterns on the architecture. They remove any neutrality from the room by directing the focus of attention towards the lower half of the room which has a higher brightness level. 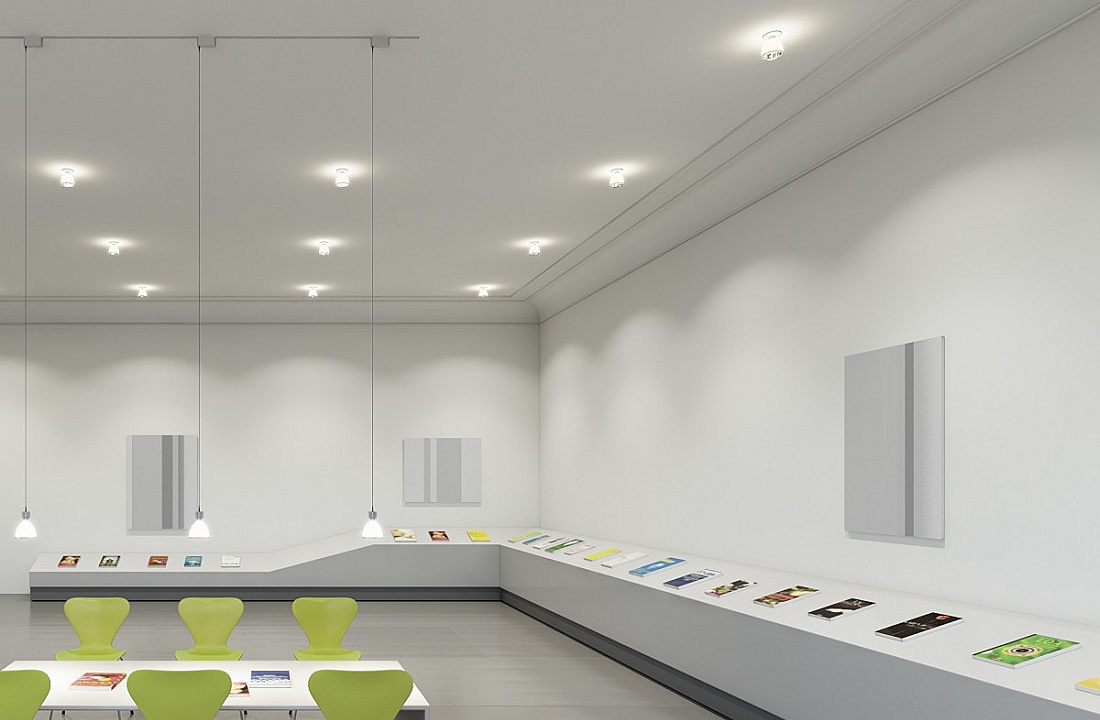 In contrast to the ceiling-recessed downlights, the ceiling-mounted luminaires shown below are also self-illuminated. Combined with the high luminance, this ring of light is an exceptional eye-catcher. Light also shimmers through the glass of the three pendant luminaires, producing a stronger visual stimulus than the shielded pendant luminaire in the first example. 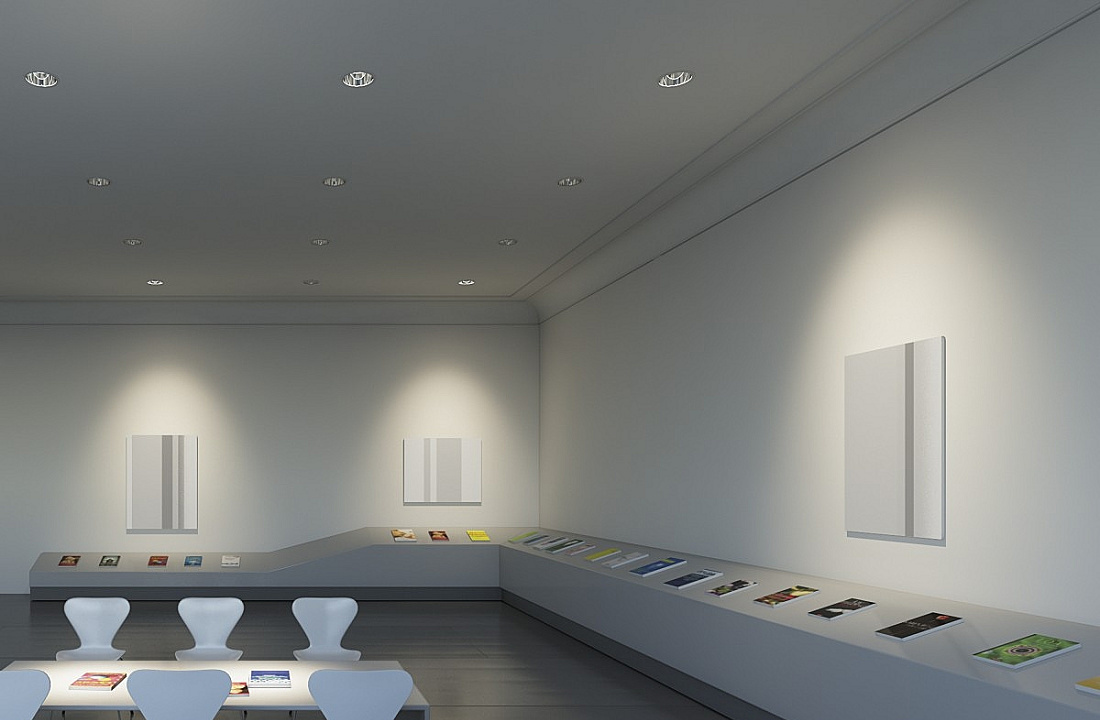 Large brightness contrasts create greater tension within the room. The light separates the important from the unimportant. The room as a whole recedes into the background, allowing the table or individual objects to come to the fore. 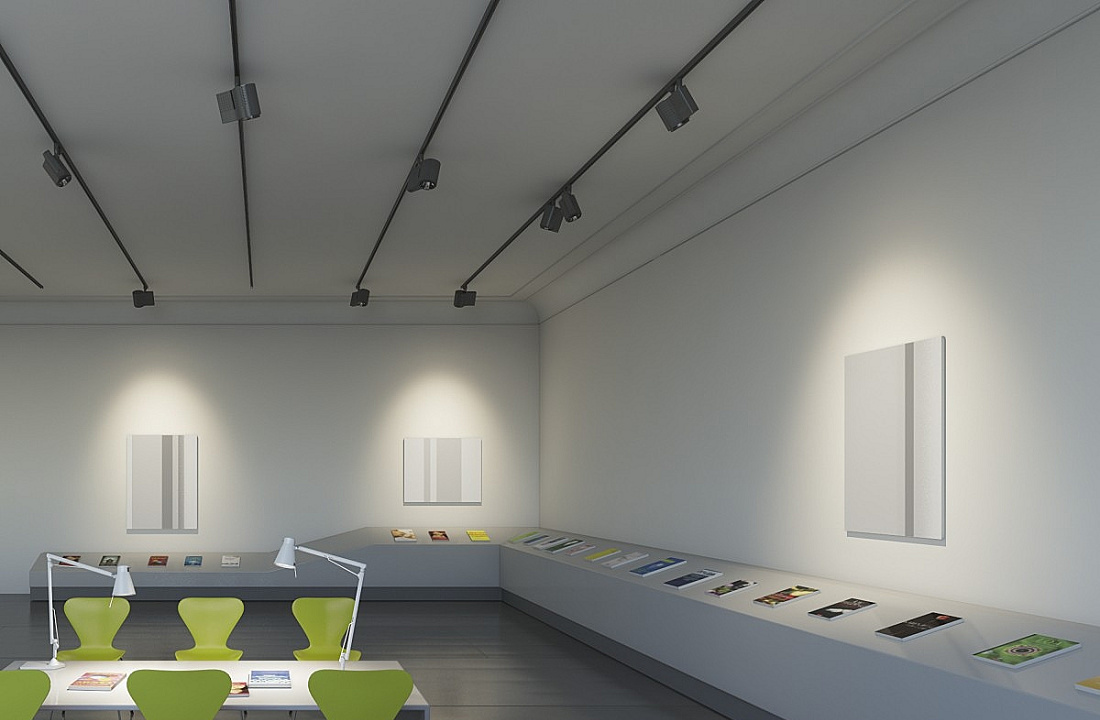 In contrast to the ceiling-integrated directional luminaires, the black track and spotlights produce a bold pattern on the ceiling, emphasising the room?s perspective. The task lights over the desk make a hi-tech, functional contribution. 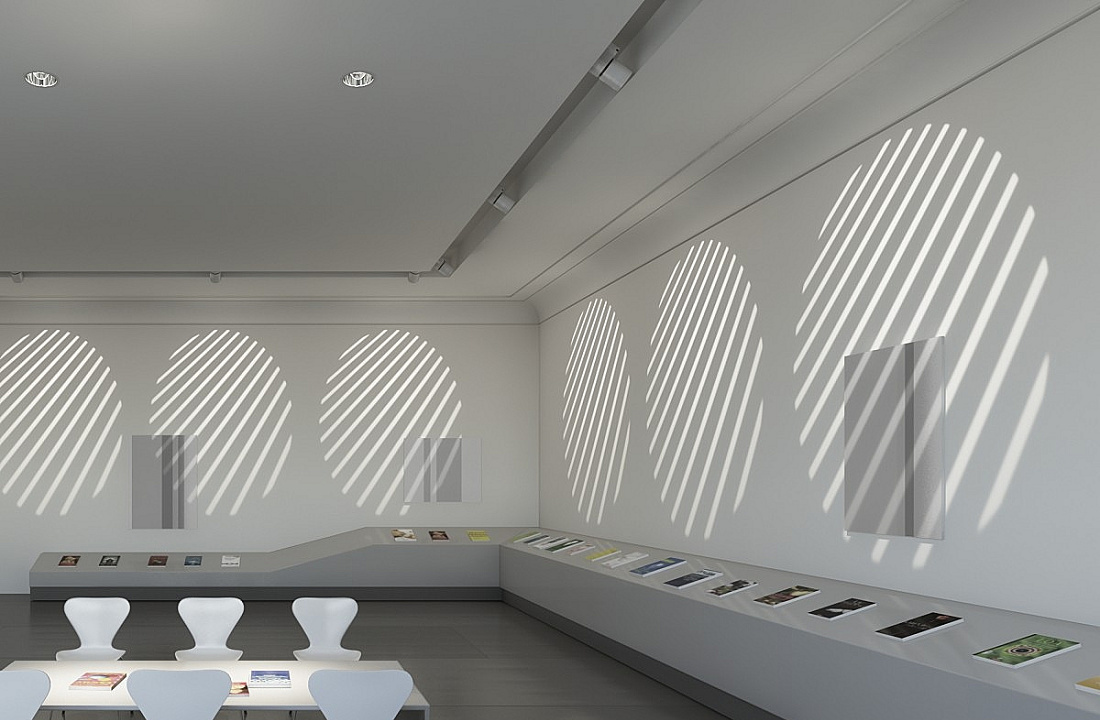 Special lighting solutions such as the projection of patterns of light or the precise illumination of pictures produce lighting effects that are distinct from conventional room lighting. By creating the strong contrasts and independent patterns, these effects result in an expressive atmosphere. While focussing on the light, the upper lighting concept with the integrated luminaires has a more discreet looking ceiling arrangement. 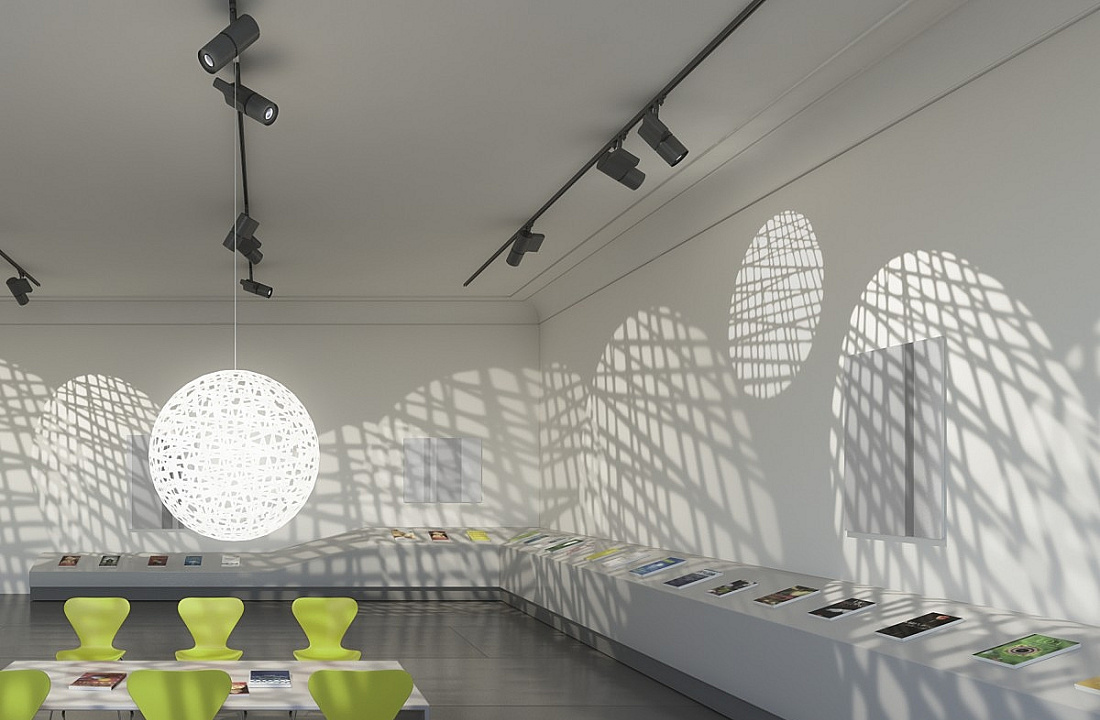 Conversely, coloured spotlights or large luminaires with self-illuminated features can enhance and add emotive force to the lighting concept.