The Cathedral of Siena, with its characteristic facade clad in dark green and white marble, is one of Italy's most important Gothic buildings and the symbol of the city. Inside the cathedral, visitors are amazed by the unique mosaic floor consisting of more than 50 ornately decorated marble surfaces. ERCO lighting tools illuminate these precious cultural treasures from a distance of over 25m. Modern LED and control technology enable the light to be simply controlled wirelessly via smartphone or tablet.

The Cathedral of Siena towers over the old town district on the square bearing the same name. The brick construction, clad in dark green and white marble, is one of the most important examples of Romanesque-Gothic architecture in Italy. The cathedral not only impresses worshippers and visitors by the size of its nave—one of the most magnificent art treasures is the mosaic floor with works of colored marble in the interior. More than 50 panels with various inscriptions characterize the image of the cathedral and are a point of attraction for people from all over the world. Lighting designer Marco Nereo Rotelli was awarded the task of relighting this unique form of art on the floor and specified high-precision ERCO lighting tools for the purpose. 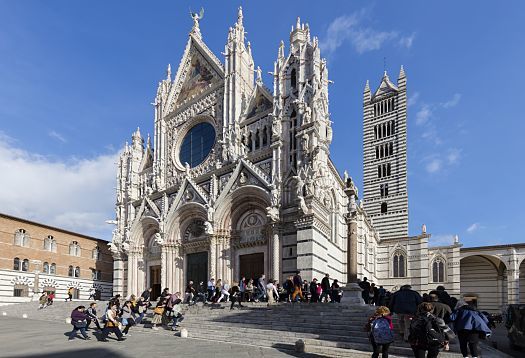 Light from a height of 25m

The special challenge of the project lay in the installation height of the luminaires—over 25 meters. For such distances luminaires with high luminous flux and precise projecting optics are required, as only in this way can high illuminance levels be efficiently generated on the target surface. Stella spotlights with 2972lm and narrow spot light distribution of less than 10° are predestined for such lighting tasks. The marble surfaces are accentuated crisply and precisely with the significance of the surrounding areas receding into the background. A high-contrast display with museum character is thus created. The lighting designer Marco Nereo Rotelli deliberately specified a 3000K warm white light color, not only to faithfully reproduce the warm color tones of the marble but to also create a contemplative atmosphere. ERCO Stella spotlights were installed in the nave at a height of 25m to illuminate the precious marble floor surfaces. 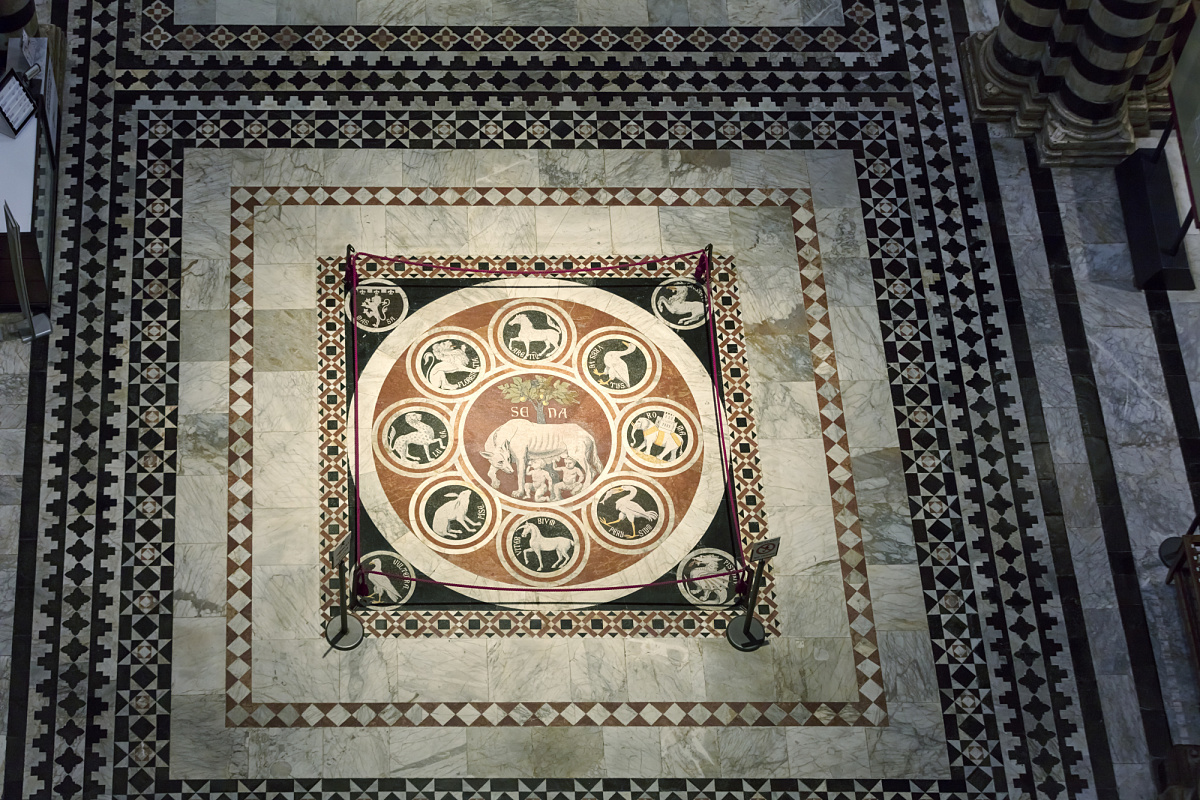 Parscan spotlights with either 2149lm or 4198lm and 10-20° spot light distribution complete the lighting concept. Mounted in singlets at different locations in the cathedral interior, they accentuate the chapel as well as inscriptions and walls. Thus interesting details are rendered visible for visitors, inviting them to investigate and discover this unique architecture. 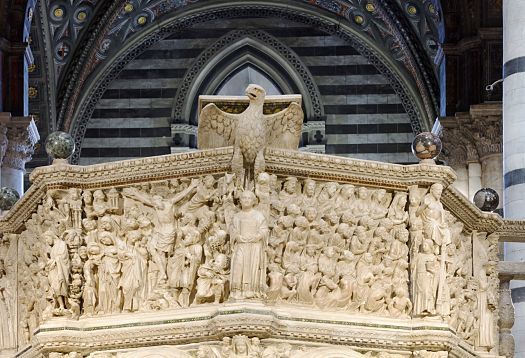 State of the art light control in historic architecture

Installation at existing mounting locations, partly using an old pulley block system, and the challenge of using the existing wiring presented the lighting designer with a particularly tricky task. What control options are there if no further cable routing is possible? ERCO offers an uncomplicated solution in the form of Casambi Bluetooth. With this control method ERCO luminaires are switched and dimmed individually and wirelessly via smartphone or tablet. Because the luminaires themselves form a Bluetooth mesh, even the long distances in the central nave of the cathedral pose no problem. The control signal is transmitted to the nearest luminaire in the network and communicated further via this luminaire. Thanks to smartphone or tablet, programming can be carried out from a central point as well as from the actual position of the observer. 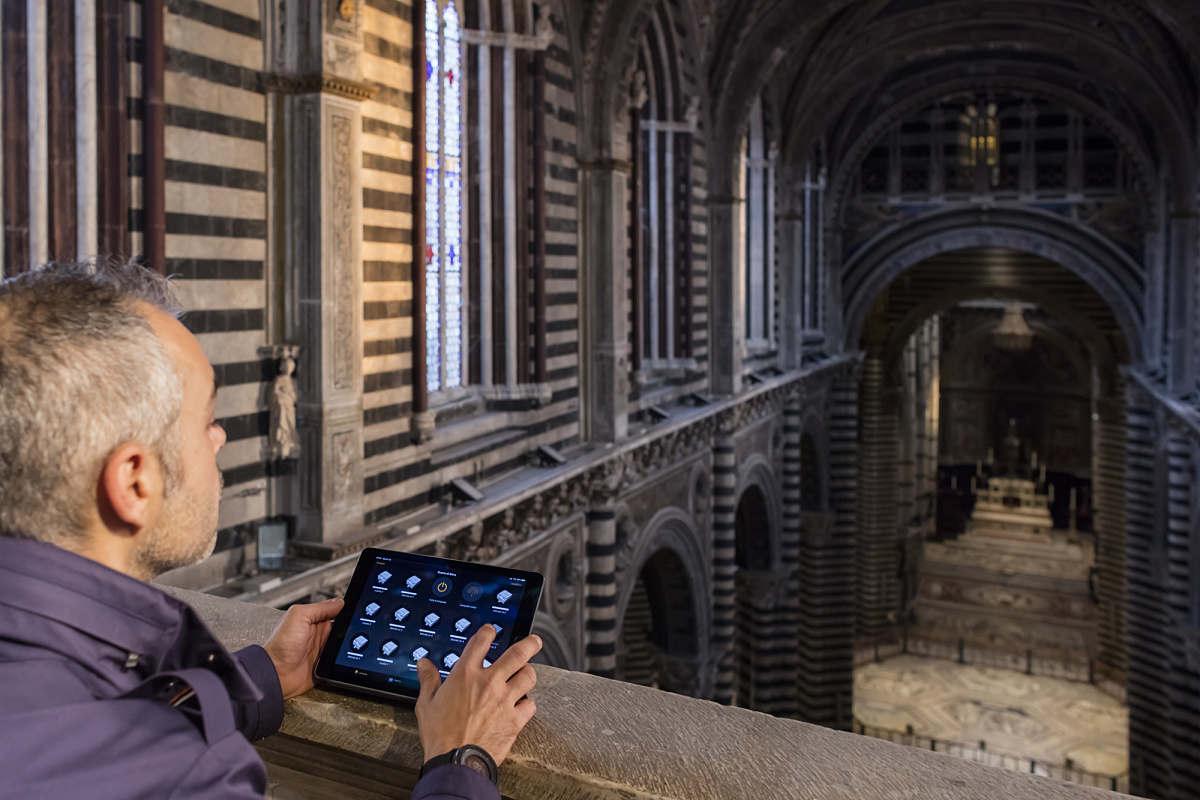 State of the art light control in historical architecture. The light is simply controlled using a smartphone or tablet via Casambi Bluetooth. 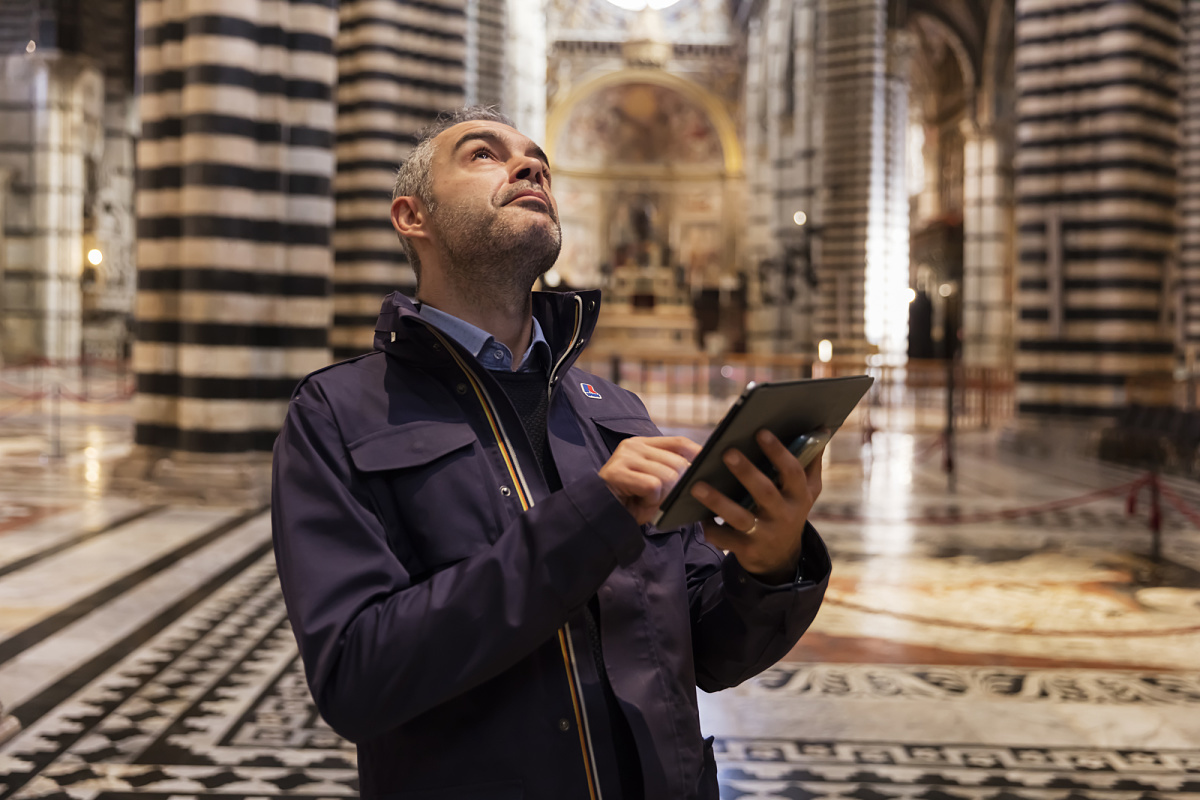 Not all of the marble surfaces are uncovered and open all year round due to conservation reasons, and so they do not have to be continuously brightly illuminated. With the Casambi app, individual spotlights can be dimmed at any time and without effort by smartphone or tablet. This automatically directs the gaze of the visitors to the open, still brightly illuminated sections of the marble floor. 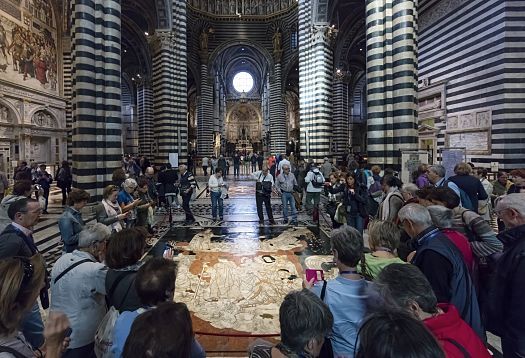 Light only where it is needed. With Casambi Bluetooth, luminaires are simply dimmed and switched on or off individually. 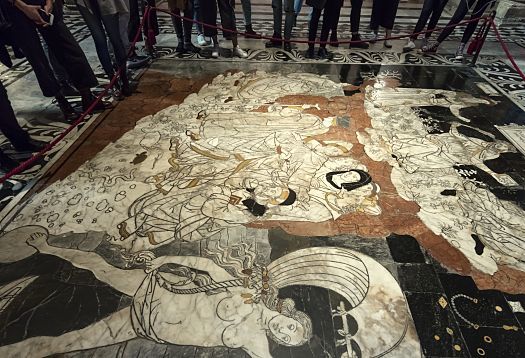