Scandinavia is seen as a pioneer for good work culture—flat hierarchies, a strong team philosophy and family life considerations are taken for granted, and statistics repeatedly ascribe workers from the Nordic countries higher productivity with less stress. With "work away from work", Fabege, one of Sweden's largest property companies, has developed an office concept that goes far beyond the desktop edge of current office and work models. Work is spatially detached from the company office, a new idea that reveals benefits for the individual and for social coexistence. Three office locations, spread across Stockholm, were created—and equipped with ERCO Jilly downlights for track.

The principle of "work away from work"

Anyone who has ever driven through Stockholm in the rush hour knows that its centre, as in almost any of the world's big cities, resembles the eye of a needle. Travelling to the office or to a business appointment becomes pure stop-and-go stress. Fabege counters this phenomenon with its concept of "work away from work", or WAW for short. The office comes to the employee. At three locations in Stockholm, Fabege offers its own employees and all tenants of its properties a free co-working office infrastructure. 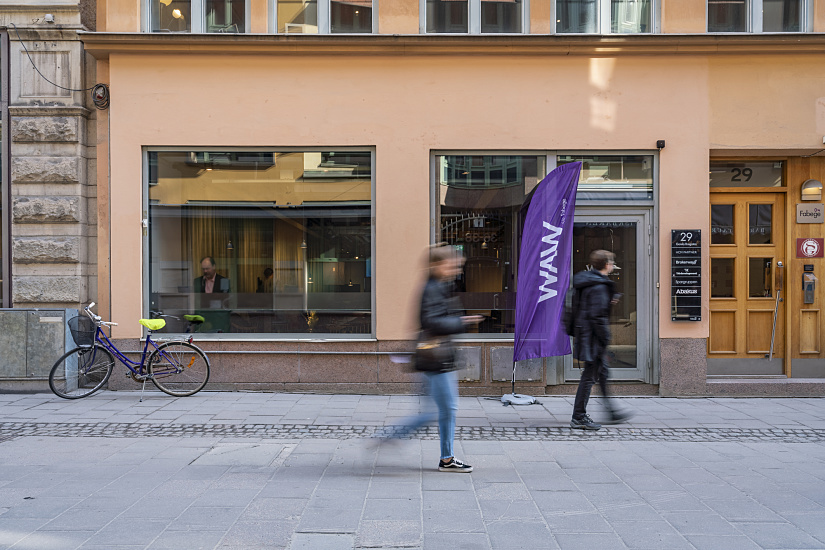 All sites have good public transport connections and are a maximum of five kilometres from the city centre. As a consequence the car is often replaced by train or cycle—a relief for the individual, the traffic and the environment. "We aimed to develop a concept that does justice to people as employees and in their roles as mums and dads," explained Klaus Hansen Vikström, Executive Vice President of Fabege. Each user can select the location that is closer to his or her home or kindergarten. With the Fabege app they can also easily book into their WAW location and reserve meeting rooms. The interior architecture and design are reminiscent of cosy cafés, combined with modern work areas. The interior, colours and flexibly adjustable light with high visual comfort create pleasant and inspiring surroundings. 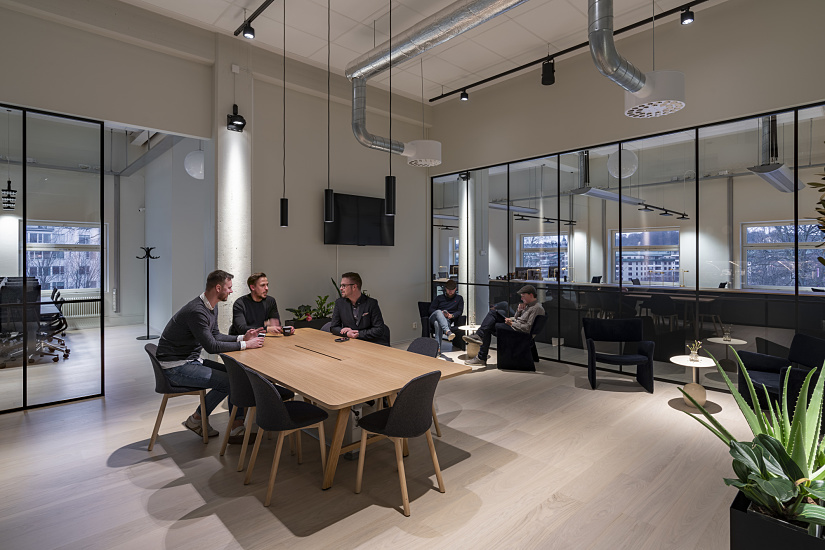 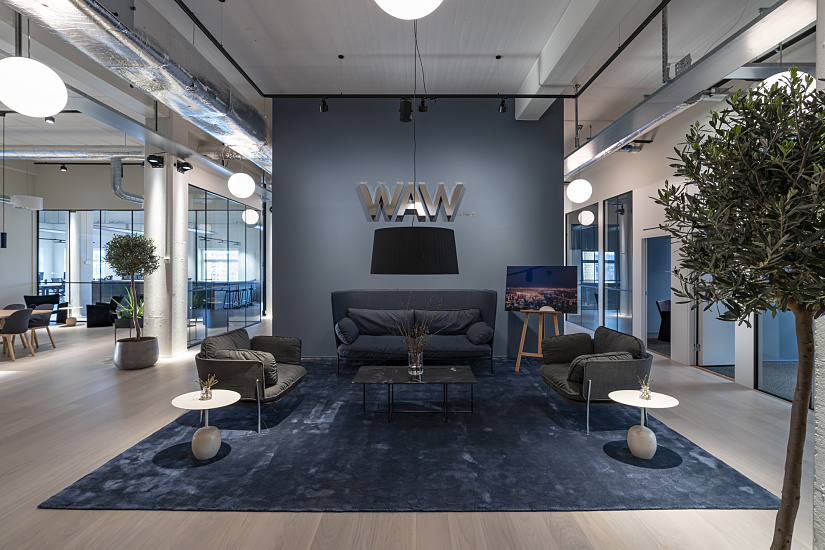 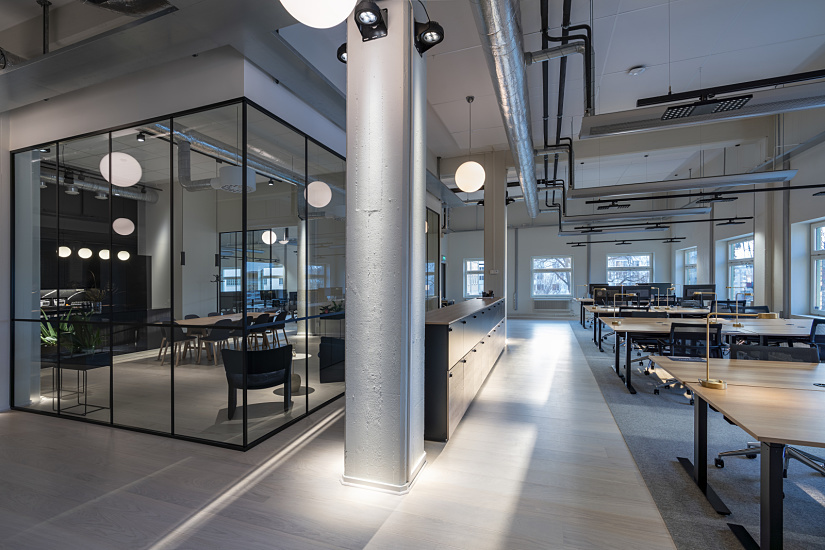 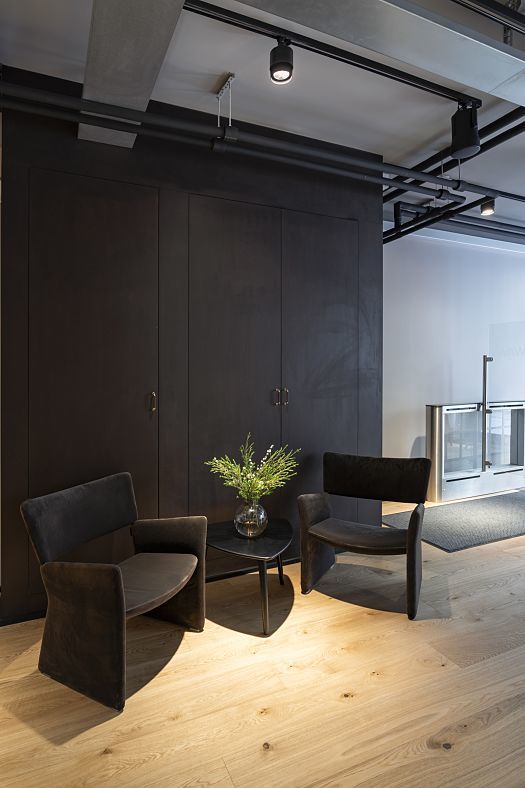 Modern office lighting instead of a carpet of light

"A good place to work should entice and inspire the creative side of people," attested Joaquim de Abreu, lighting designer at the WAW locations. Being a native Swede he has always had a special relationship to light. "I grew up with the nordic light and I've seen in what unique ways light can emphasise details. Daylight forms the basis of every lighting concept. Then I add artificial light where needed," he explained.


The lighting concept in the WAW locations moves away from traditional design approaches in offices. "I wanted to avoid carpets of light at all costs," said Joaquim de Abreu, meaning areas with identical quantities of light. "We've created a dramatic lighting setting with strong accentuation. We subdivide the room area into different zones and use light only as strongly as needed. The light adapts to the intended environment," he continued. This called for a flexible track infrastructure and luminaires with high visual comfort and intuitive control. In addition to ERCO spotlights and pendant luminaires, he also specified Jilly as the downlight for track. All luminaires can be controlled wirelessly via Casambi Bluetooth and a smartphone or tablet app. "It's the simplest way to programme light scenes. The application is intuitive, and that makes the installation much more flexible than a normal control system," said the lighting designer. 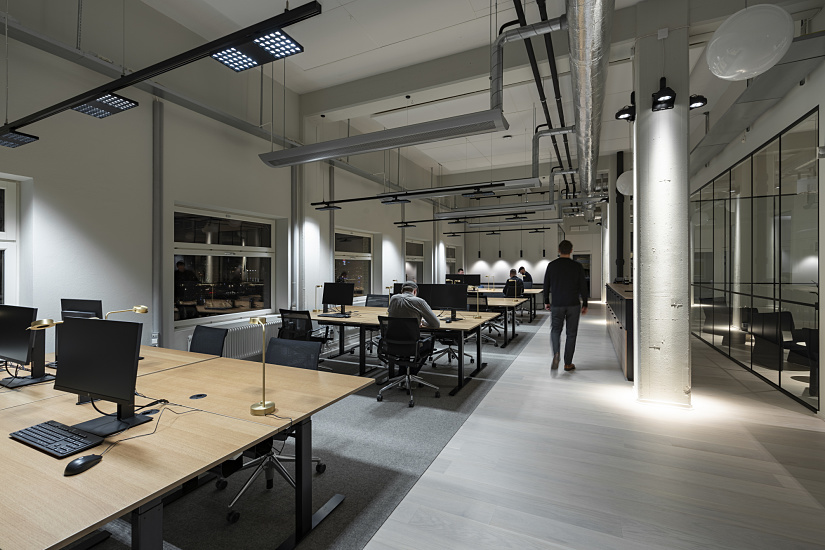 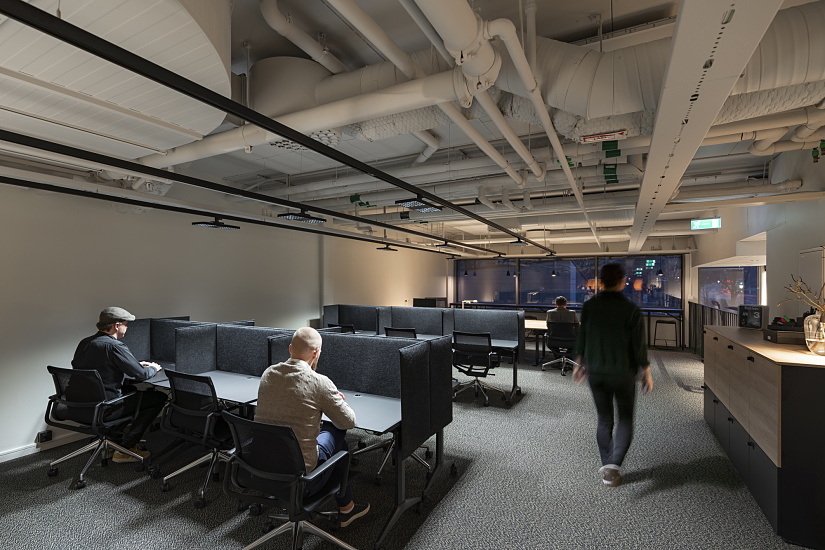 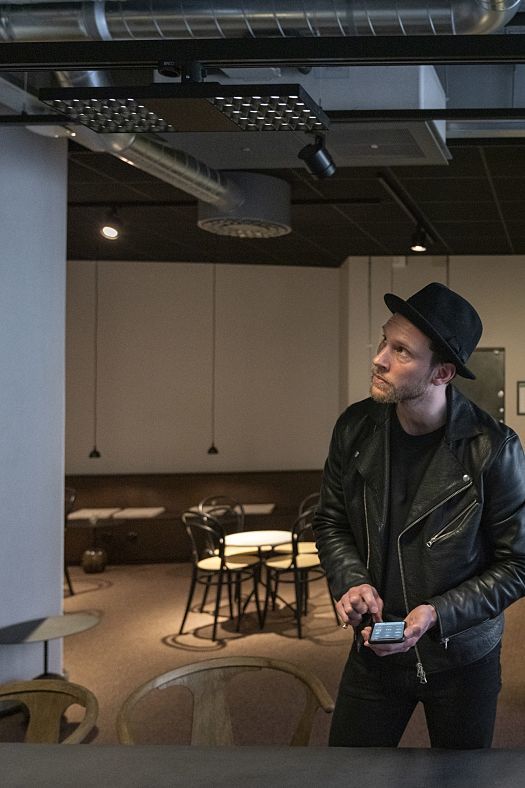 Each WAW site has its own character. WAW Arenastaden in the north of Stockholm is a loft-like office on two levels. It offers space for concentrated work and cosy discussions around a fireplace. The Inner City location is in the city centre and approximately 450 metres away from the main railway station. The lounge ambience is the ideal backdrop for a get-together, business meetings or creative brainstorming with colleagues. WAW Hammarby Sjöstadt, located in the south of Stockholm, is housed in a historic building with light in its DNA: the Luma factory manufactured incandescent lamps from the 1930s to the 1970s. People now work there below ERCO light with state of the art LED technology. This largest location offers space for single or group work as well as open lounge areas. 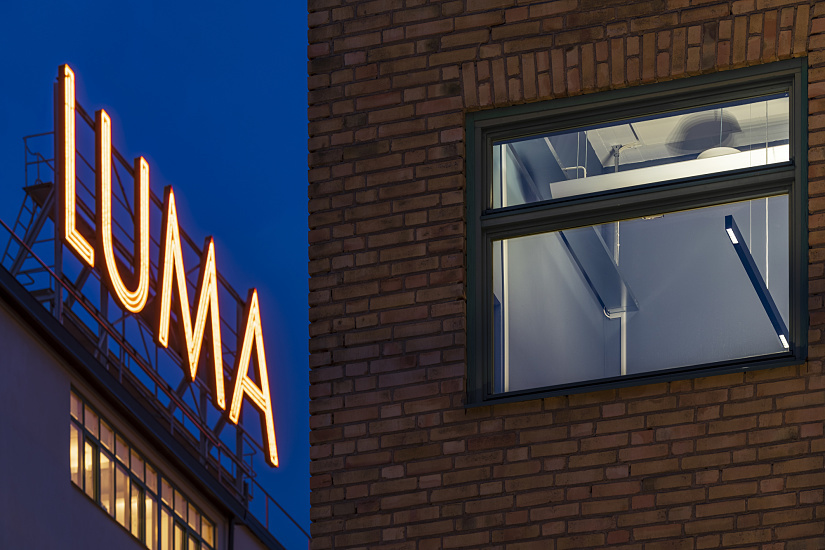 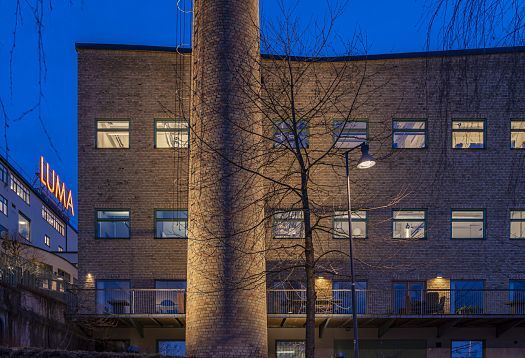 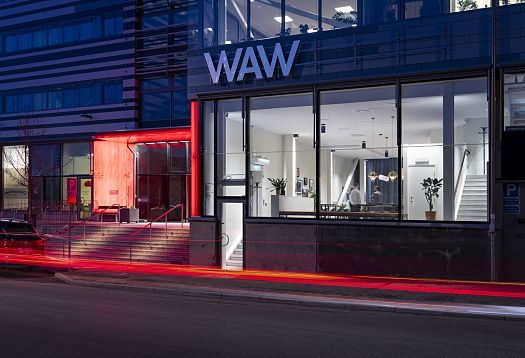 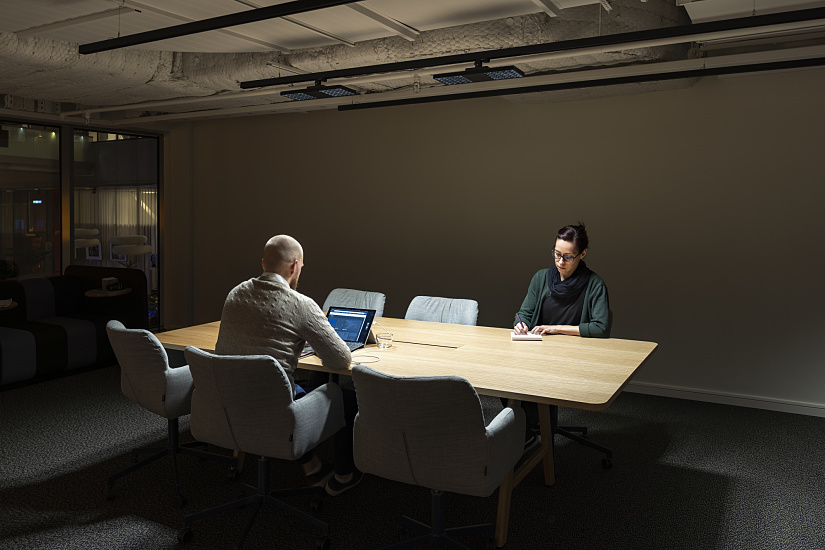 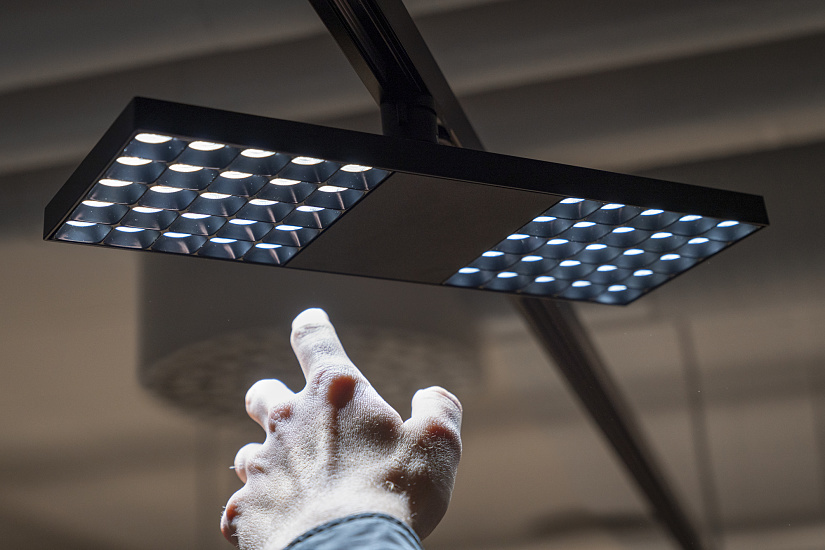 From functional workplace illumination to accent lighting – the quality of light remains at the same high level. At the WAW Inner City location, innovative Parscan zoom spotlights crisply highlight small seating areas from their surroundings. The light distribution can be adjusted smoothly from spot (15°) to wide flood (65°) in an instant. "I waited a long time for a product like this. I can create exactly the atmosphere I want," explained Joaquim de Abreu. With Jilly pendant luminaires from ERCO and a window in the ceiling, he celebrates the highly effective combination of daylight and artificial light in the transparently glazed conference room. 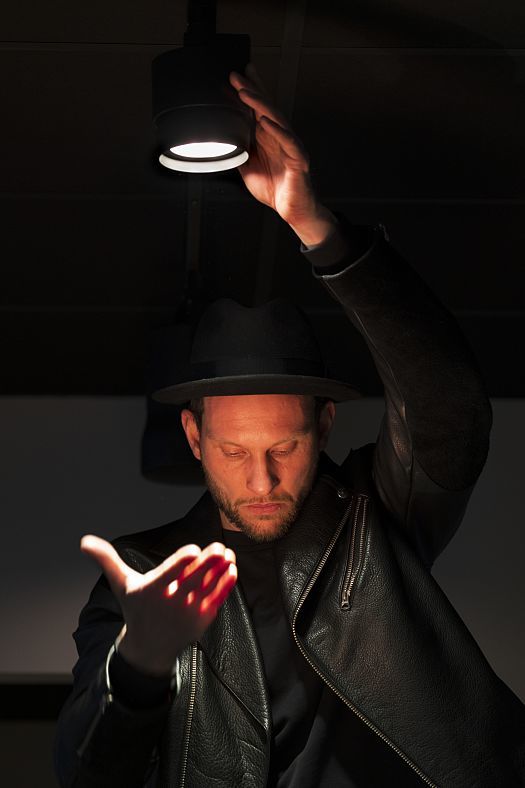 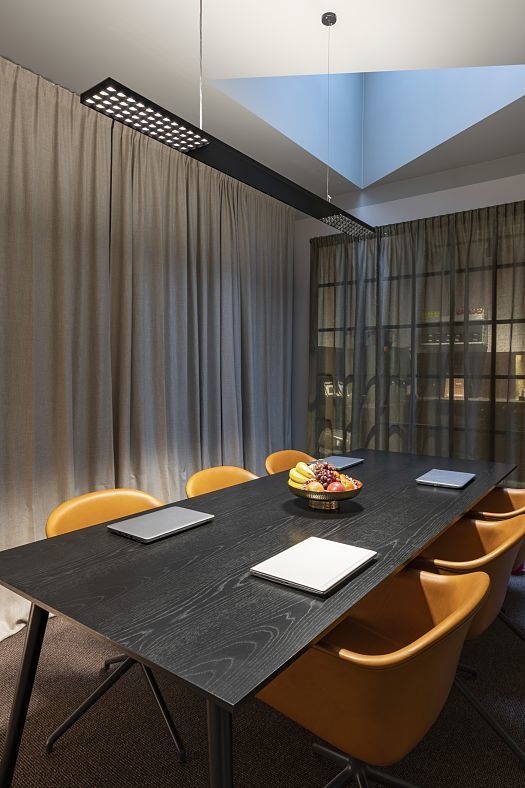 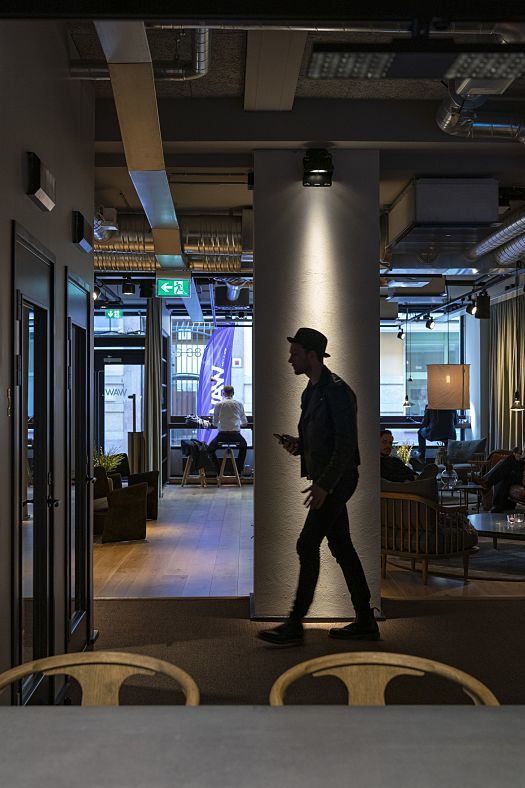 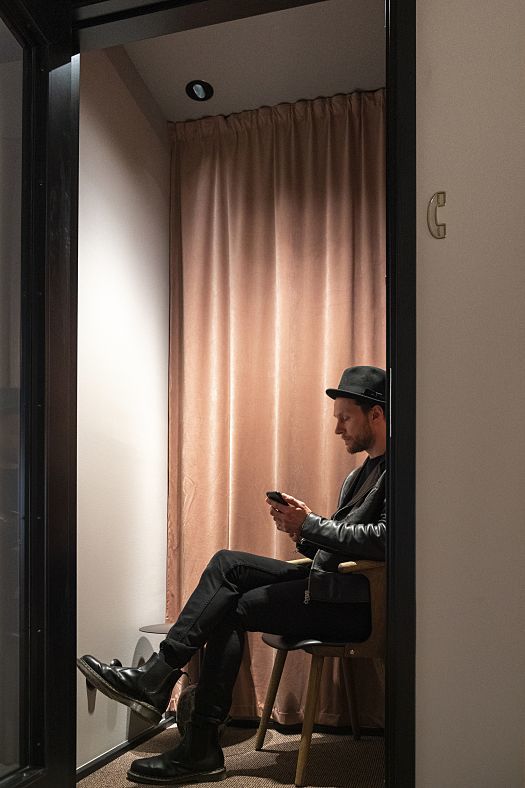 Among other factors, the innate quality of the luminaires and the light was decisive for the cooperation with ERCO. "In my opinion, ERCO currently has the best products on the market," said Joaquim de Abreu. It was also the quality that impressed the client, Klaus Hansen Vikström. "Joaquim showed me the room situation in direct comparison: with luminaires from ERCO and from other manufacturers. The differences were striking—the atmosphere was completely different. It convinced me immediately." 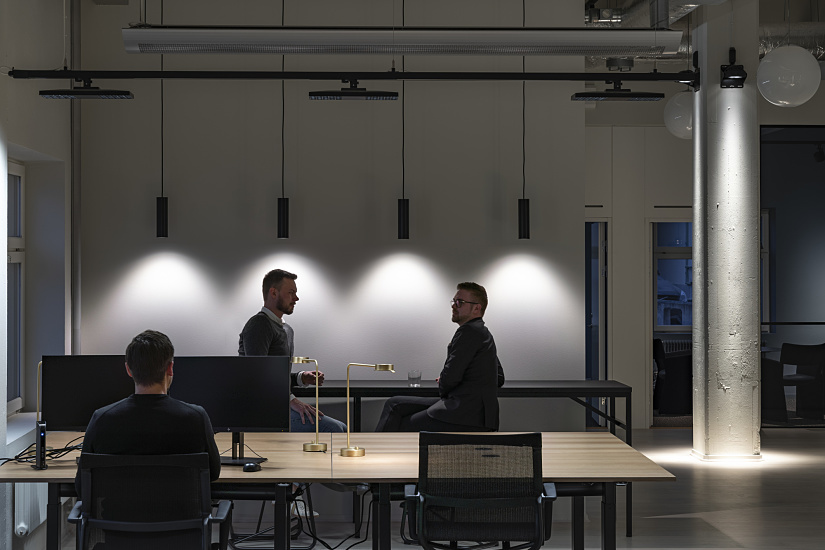