A stroll along Circular Quay offers not only a view of the Sydney Opera House, it also leads you past palm trees. Bathed in ERCO light, these have an almost surreal appearance.

The Sydney Opera House had not even been constructed, when, nonetheless, in the 1910's considerable development had already taken place in the district. For instance, Macquarie Street was widened. When this was proposed, the Director of the Botanical Gardens, Joseph Henry Maiden, persuaded the authorities to plant an alley with Canary Island Palms (Phoenix Canarienis). In the intervening years the palm trees have been protected by a preservation order. They have also been the inspiration for the planting of many other species in Sydney's urban districts. You can discover more from the Archaeological Zoning Plan issued by the City of Sydney. There are also interactive tree maps on the Internet. 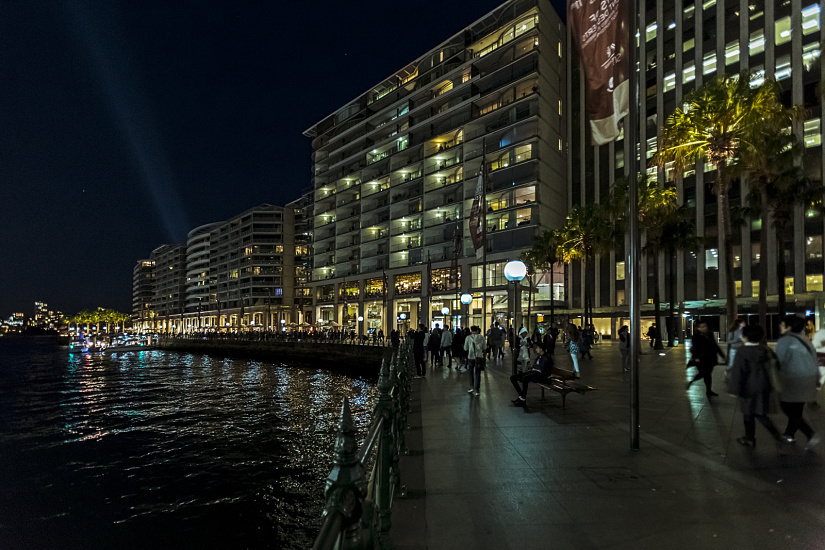 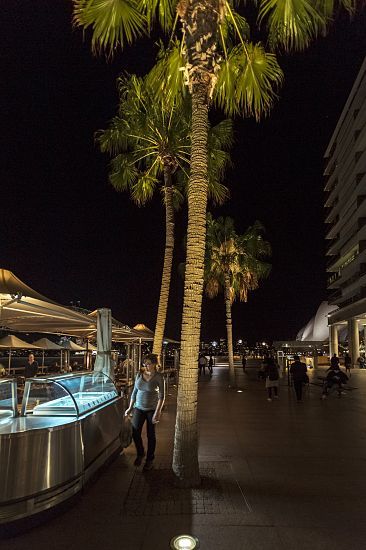 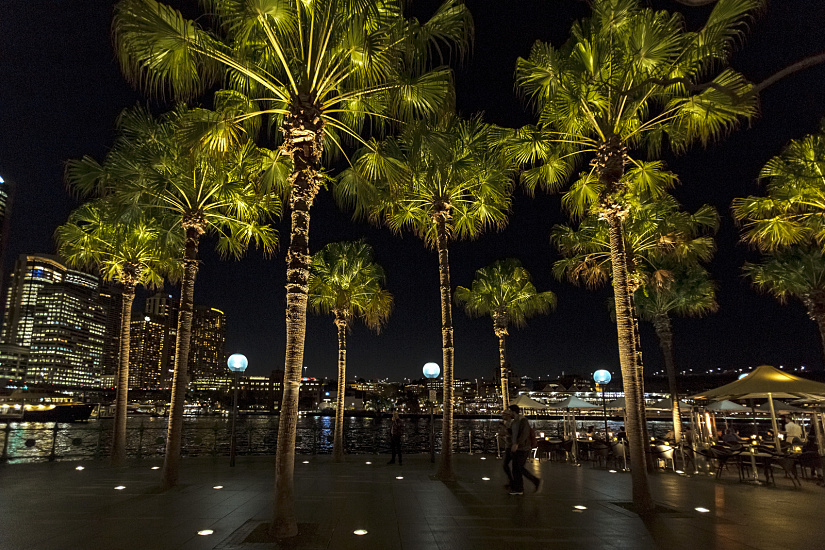 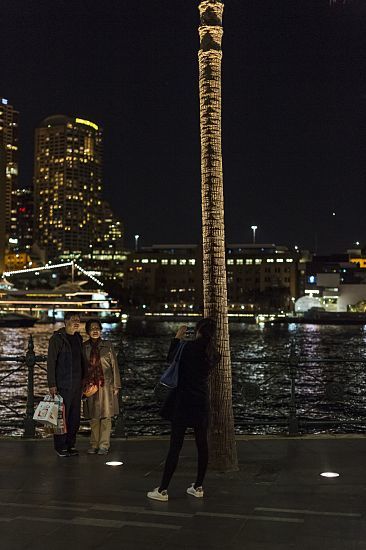 Circular Quay has also been greened with date palms. Until recently they were illuminated after dark by metal halide luminaires with a connected load of 35W. In the interim the City of Sydney has initiated a new lighting scheme using LED technology. Today Tesis in-ground luminaires from ERCO with a connected load of 12W set the scene for the palm trees. Each palm tree is illuminated by two 3000K spotlights. The exceptionally accurate aligned light not only emphasises the shape of the palm trees, it also brings out the fine structure and subtle colouring of the trunks and leaves. This produces an almost surreal impression, which adds to the attraction for passers-by of a night-time stroll around Circular Quay.