The Victorian Brontë family, best known for writer Emily Brontë, is present in the area around the village of Rathfriland in Northern Ireland to this day. The nursery recently opened here was named after Emily Brontë.

Patrick Brontë, an Anglican clergyman and father of Branwell and his sisters Charlotte, Emily and Anne, who would later become known for their literary works, was born near Rathfriland. His daughters had vivid imaginations even as children, writing stories about fictional worlds such as Angria, Gondal and Gaaldine. Emily Brontë would compose poems about the imaginary kingdom of Gondal up until her death. It hardly comes as a surprise then that the writer known for her creativity and imagination became the eponym of a kindergarten. For many years, the area had already had a primary school of the same name. It therefore came as a great relief for the families living in the surrounding countryside that their children of preschool age now also had a place to go without long ways to travel.

The architectural department of the client – the Southern Education and Library Board – was also responsible for the lighting design of the Brontë Kindergarten. Along with high-quality illumination, the main arguments deciding on the concept were energy efficiency, long life of the luminaires, and LED technology. Spotlights complement the ambient lighting to emphasise special architectural features inside and in the outdoor area. The offices, passageways and bathrooms are illuminated with Compact LED downlights. The play and recreation room with its slanted ceilings, meanwhile, required the use of Compar, ERCO’s freely rotatable recessed luminaire with a shallow recess depth. Exciting accents are created by Quintessence spotlights, whereas Quintessence wallwashers were chosen to ensure excellent visual comfort for play, drawing and learning. In the outdoor area, the Brontë Kindergarten opted for ERCO’s robust lighting tools Tesis and Kubus. 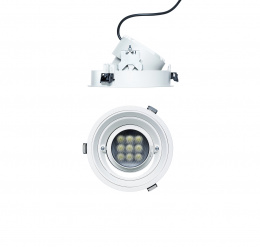 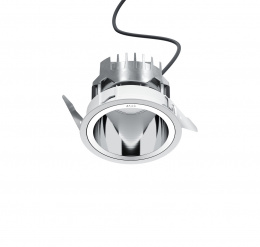 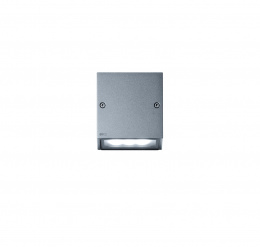 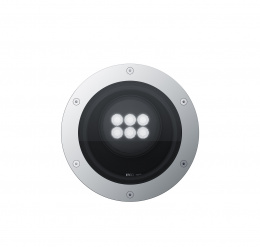