The Département Pas-de-Calais has always been known for its coal and heavy industry. The Louvre Lens has now added an attraction which, at first glance, appears far removed from its surroundings. It is a branch of the Louvre in Paris and yet conceptually of unusual compactness and rather unlike its big brother. Thanks to the architects of SANAA in Tokyo and the lighting designers of Arup in London, the Louvre Lens has become a milestone in the worldwide museum landscape. 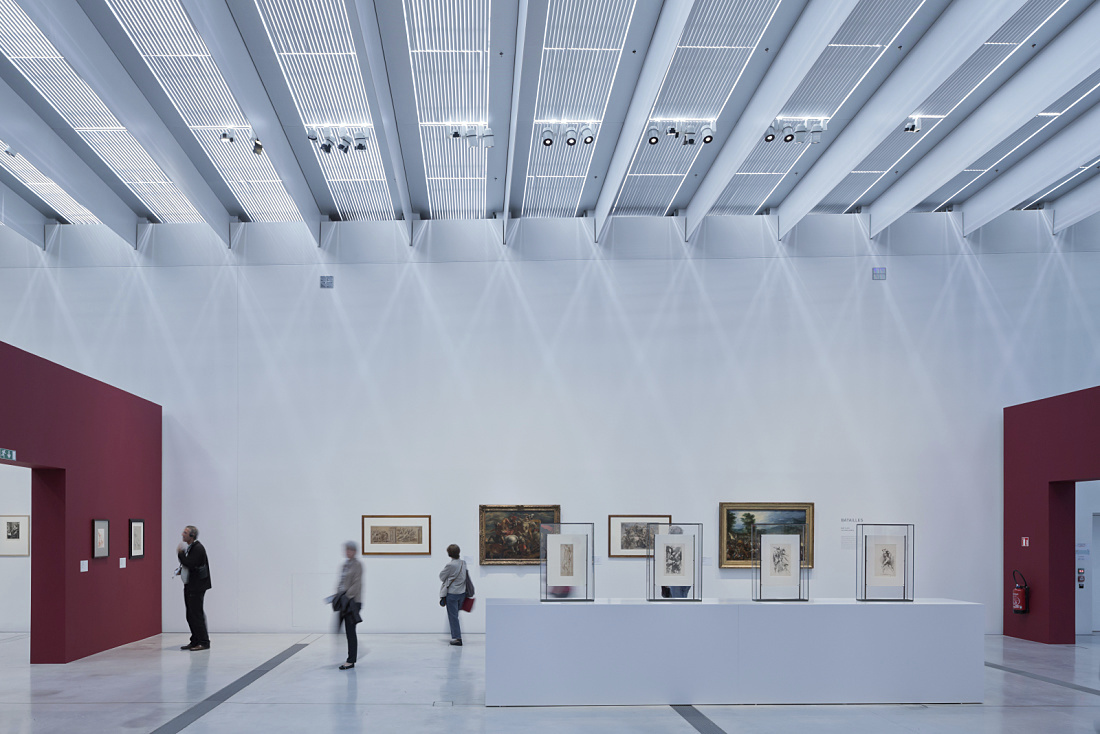 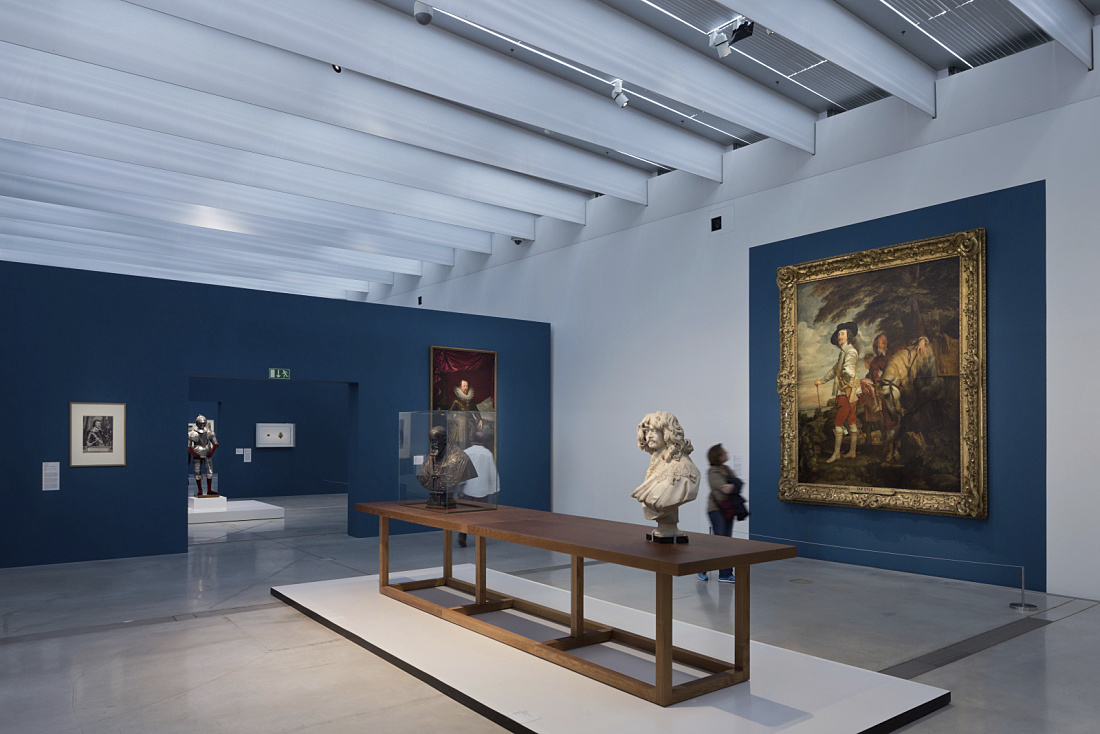 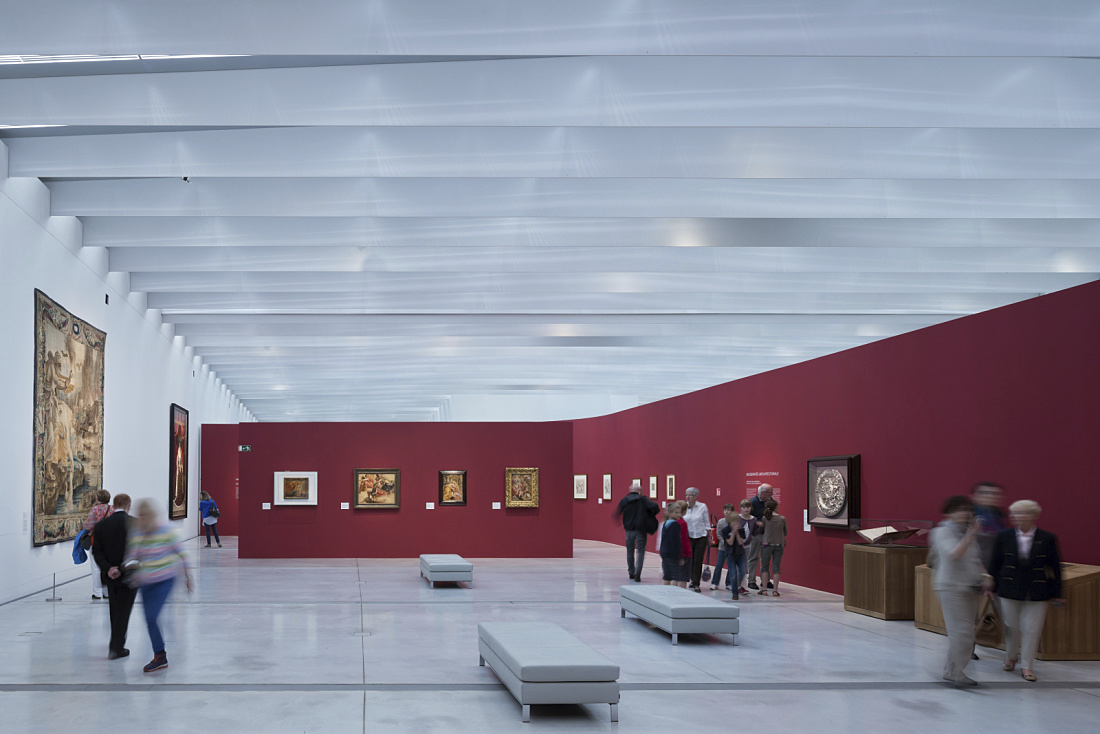 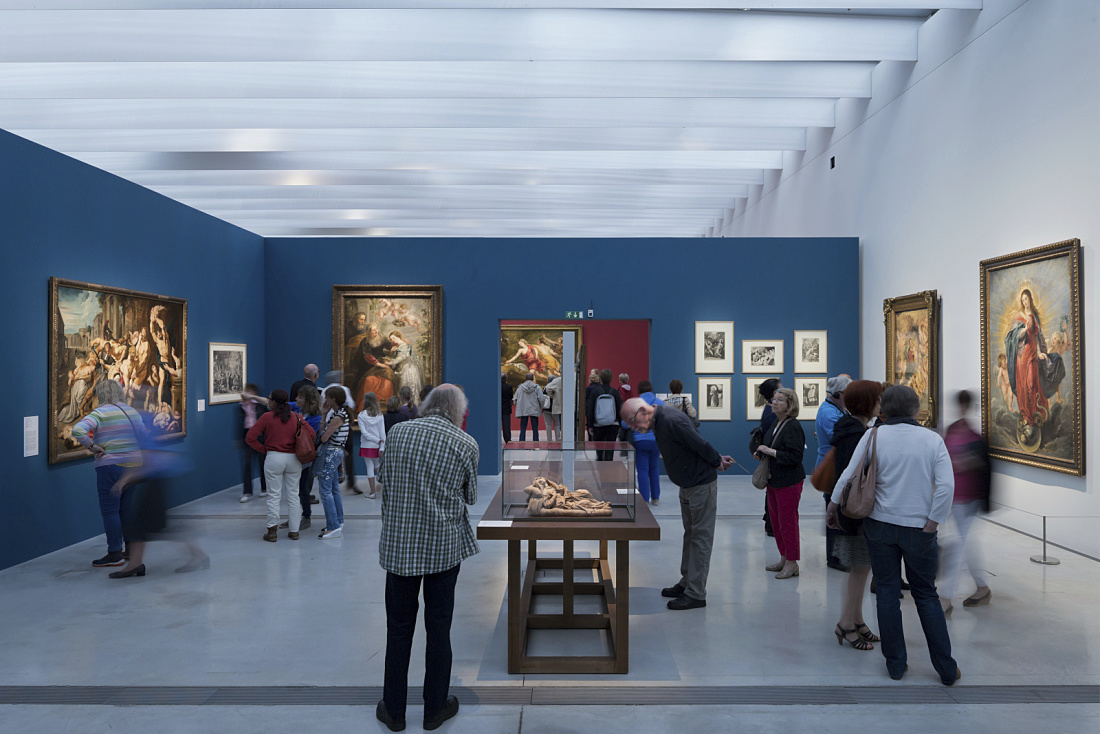 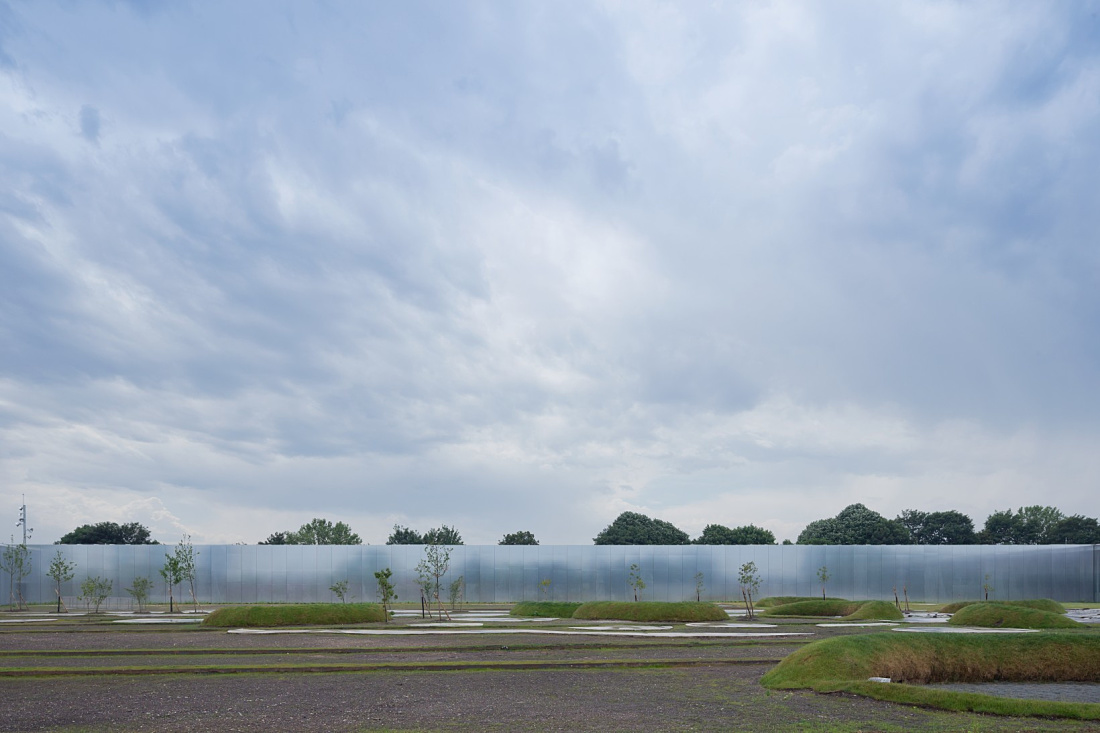 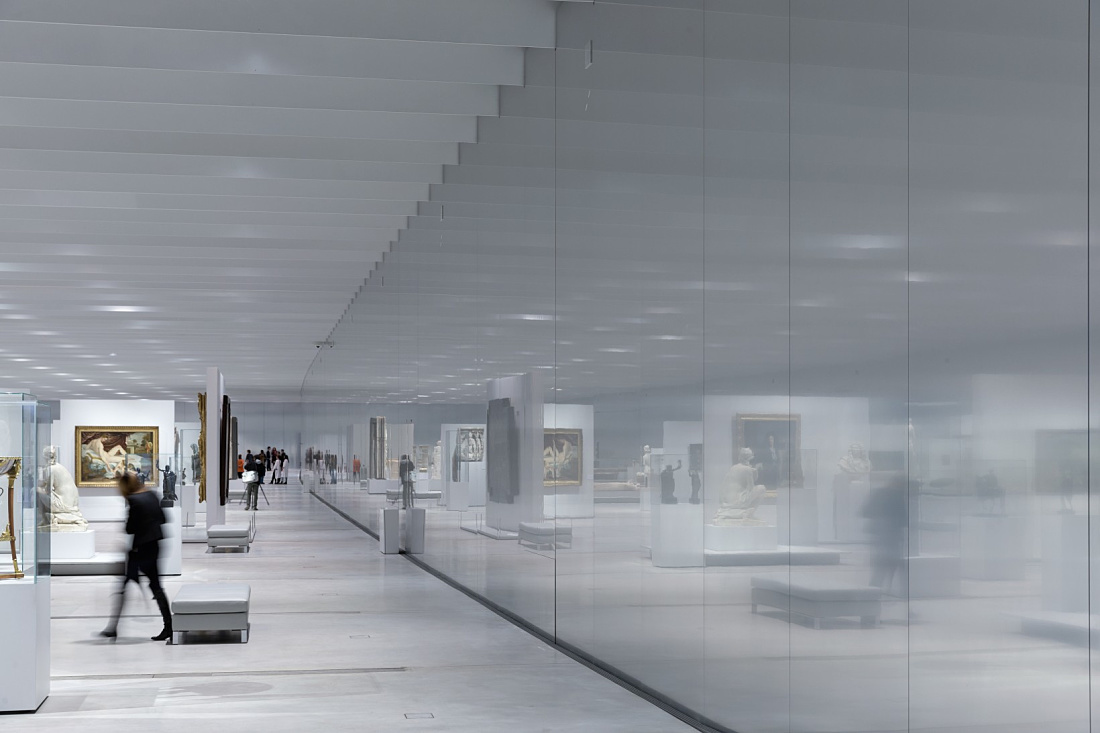 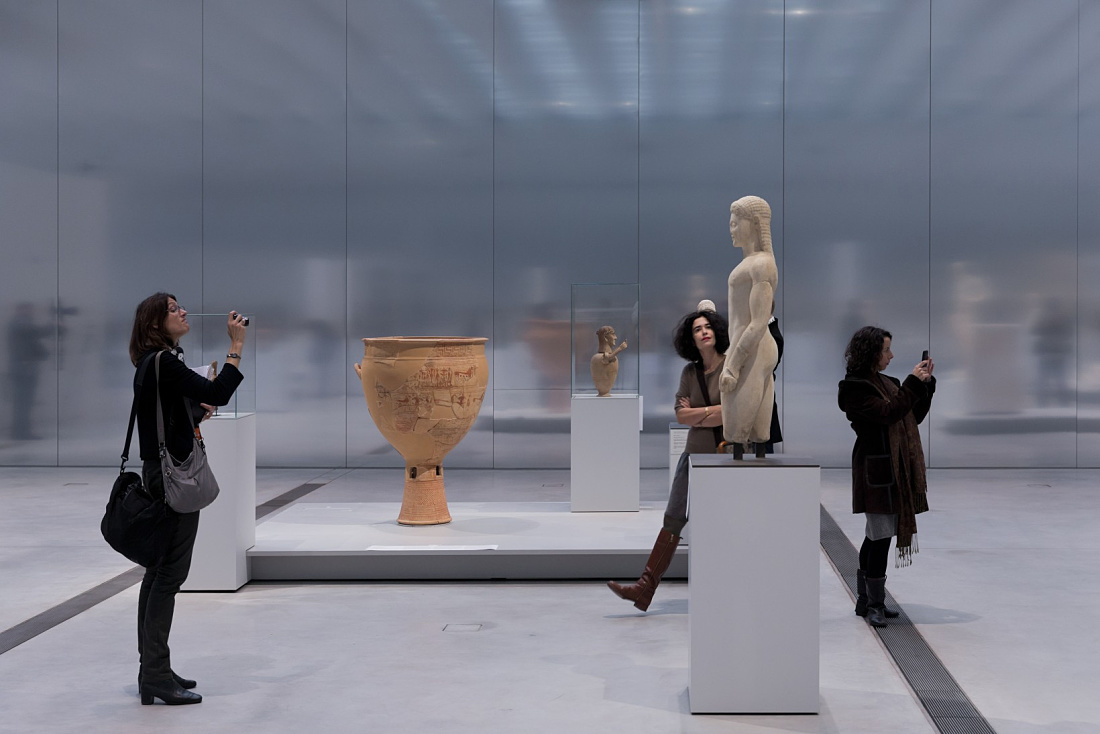 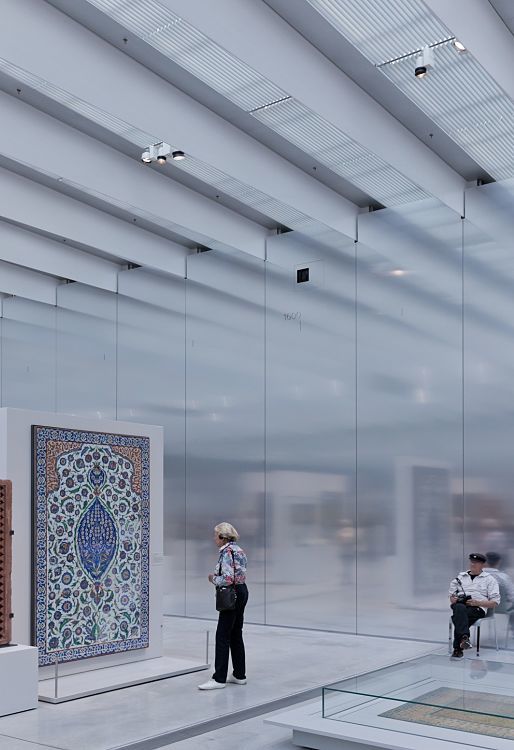 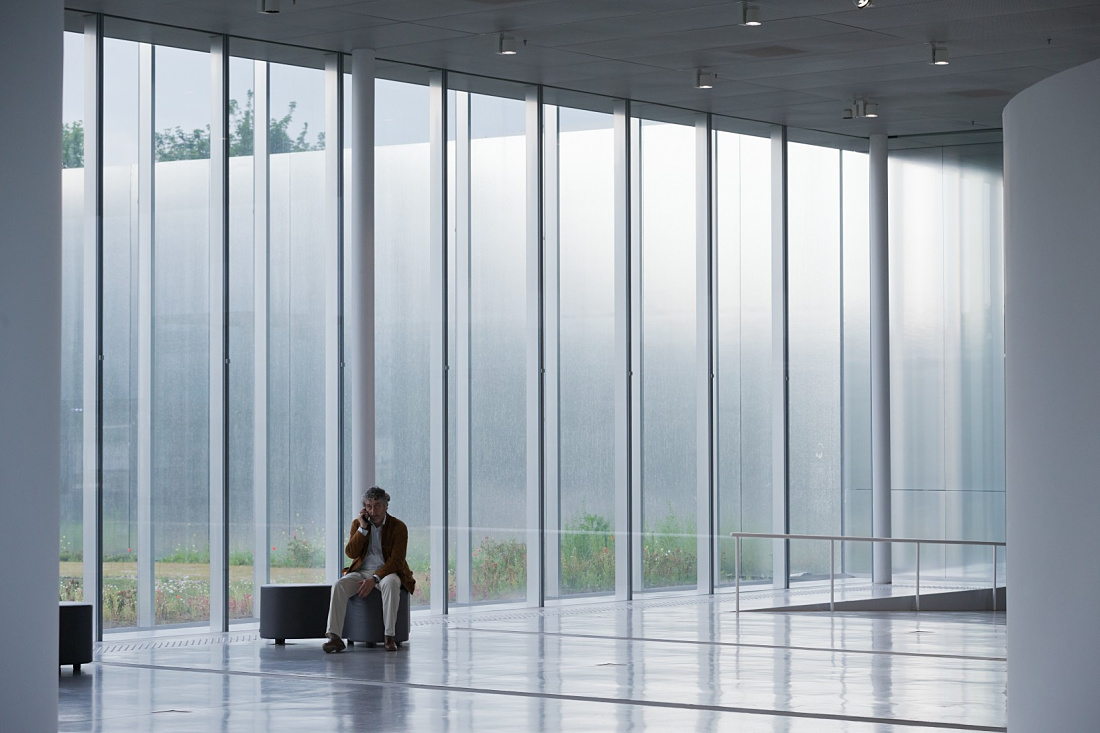 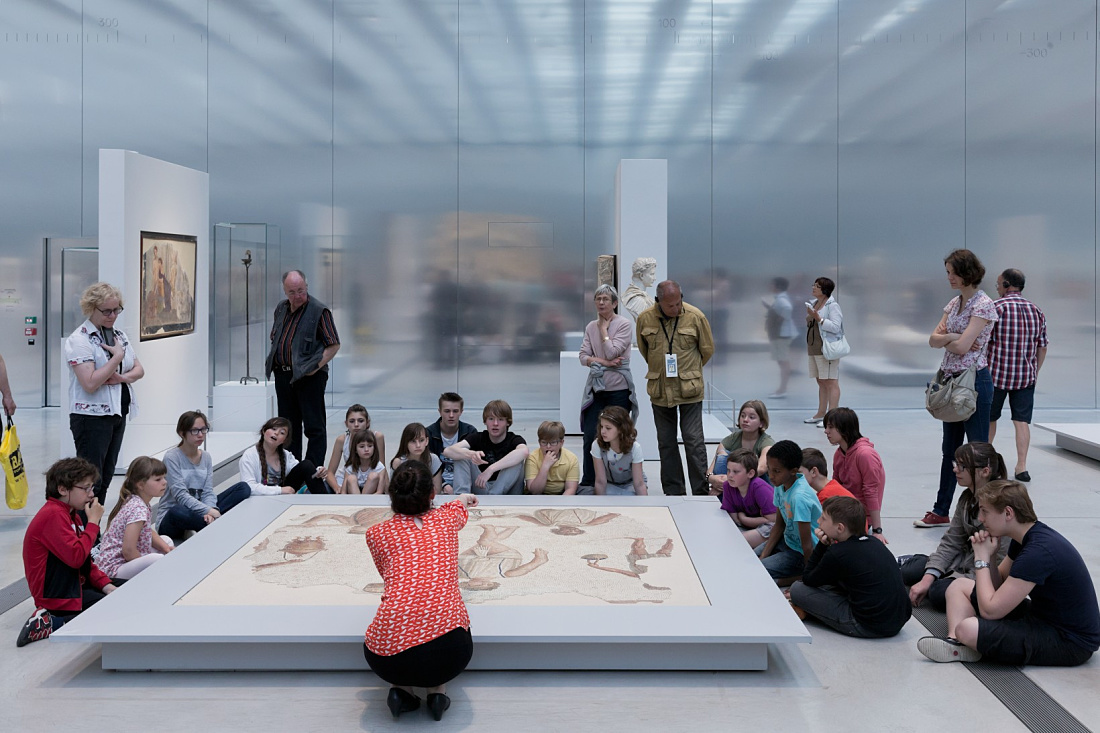 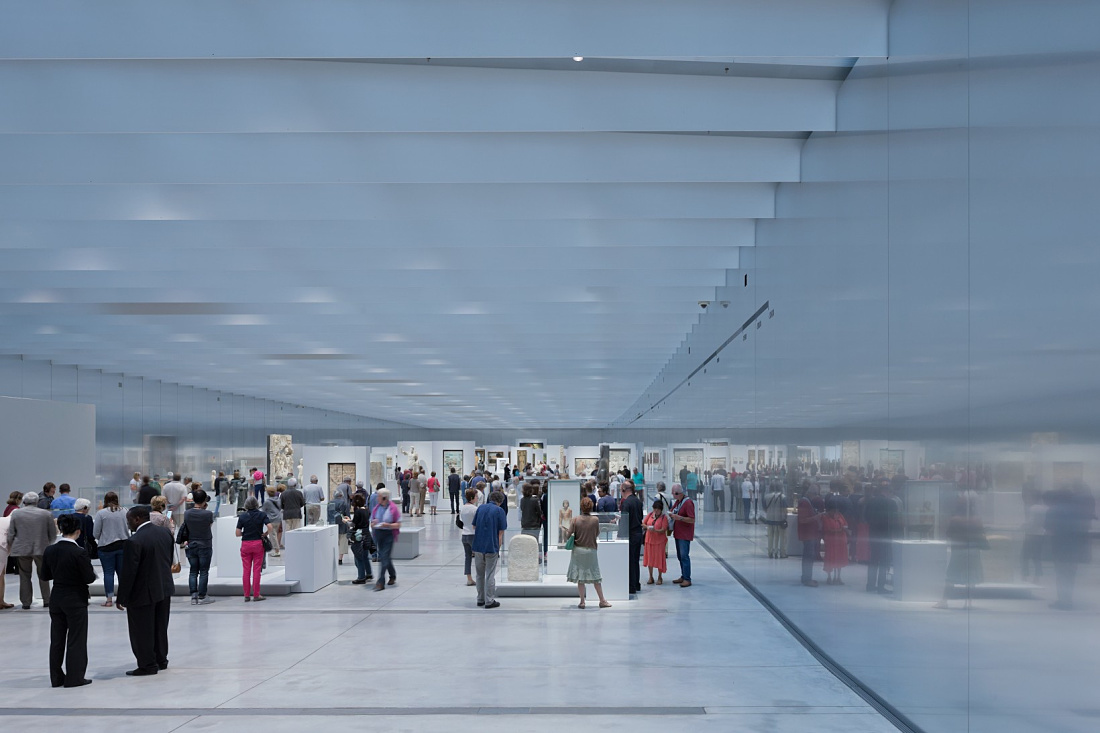 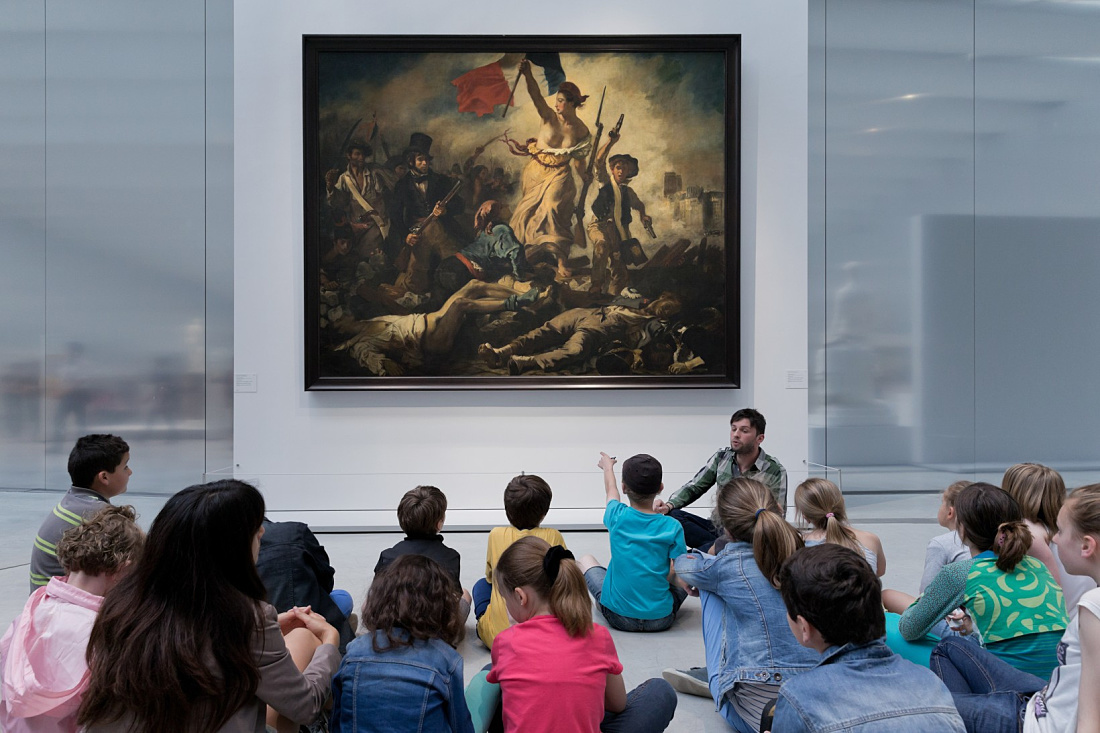 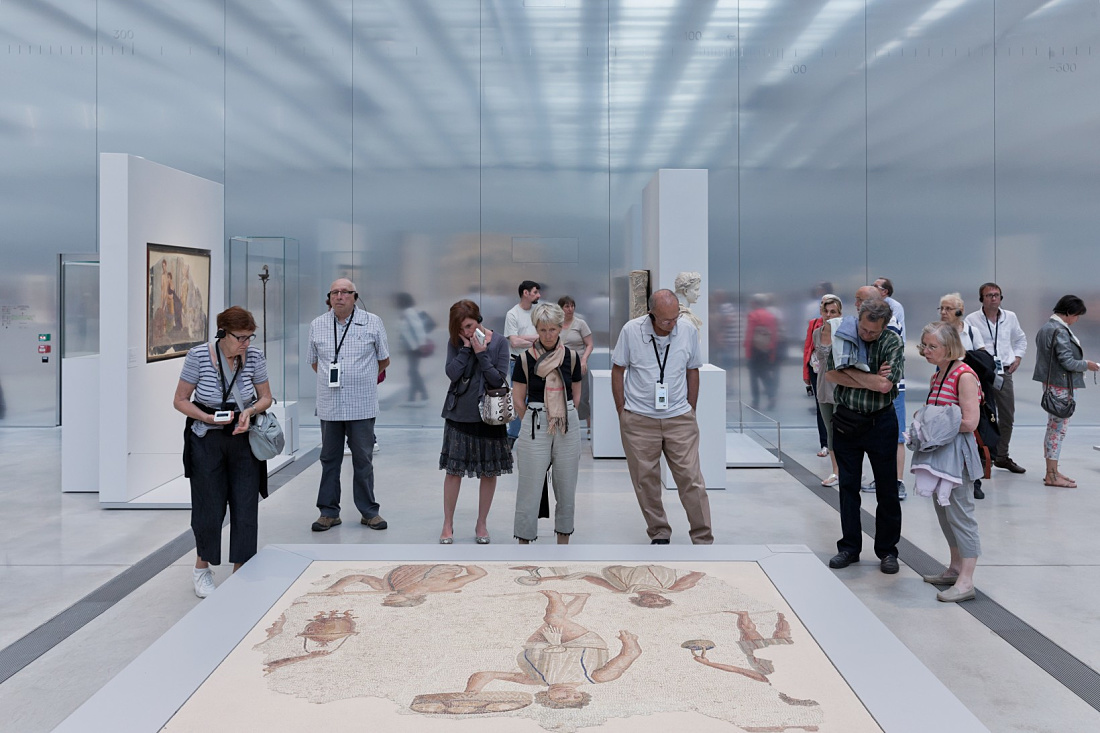 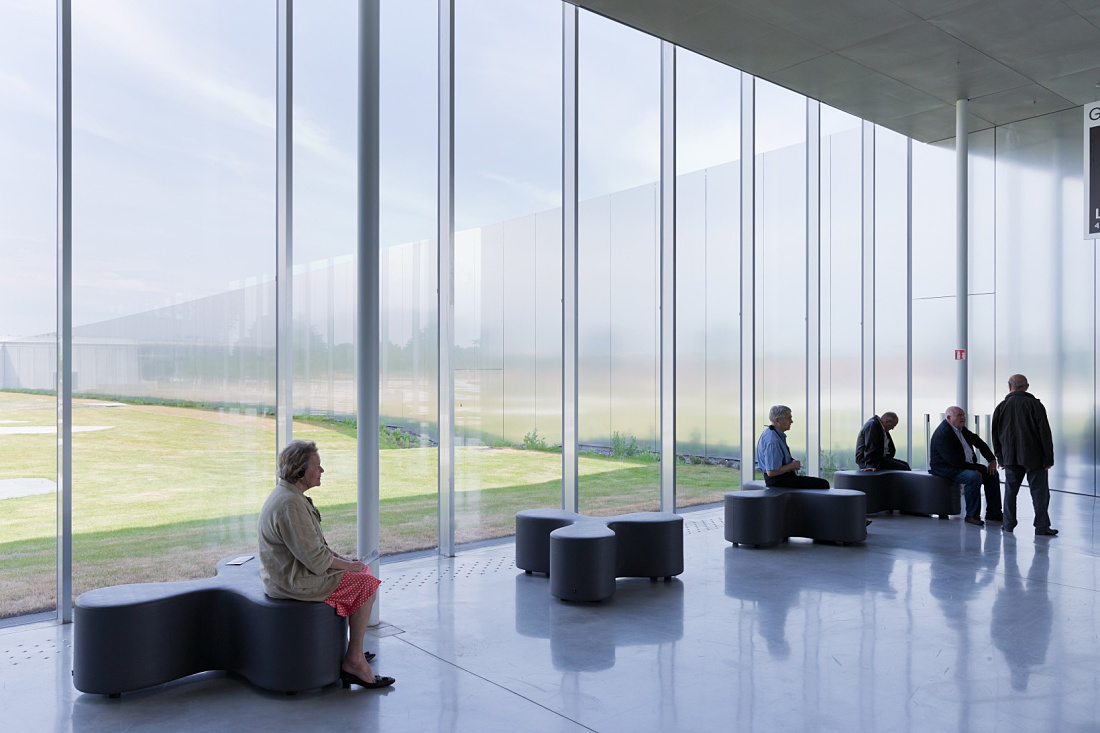 The open architecture of the Louvre Lens masterminded by SANAA, the sober setting and the comprehensive museum concept establish a fascinating dialogue. ERCO spoke to the museum director Xavier Dectot, the exhibition designer Adrien Gardère and the lighting designer Jeff Shaw about the ideas behind this project

When in December 2012, far from its main gallery in Paris, the Louvre opened a branch in the town of Lens in northern France, the cultural project caused a furore. Planning a museum of this proportion in an economically underdeveloped industrial region clearly signalled intent to revive the once flourishing mining area. A concept that seems to pay off: In the first three months alone, more than 300,000 visitors found their way into the museum. One factor in this may be its unusual approach: Rather than emulating the world’s most famous museum, it was refined in both concept and architecture – as a future laboratory for open and more unconventional exhibition formats.

The heart of the museum is the Galerie du Temps. As a Gallery of Time, in the literal sense, it dispenses with a conventional structuring of the exhibition, by regions, say, or else by eras or methods. “Rather than separate, we have this one big room in which the objects are exhibited in chronological order, starting with the birth of writing in 3500 BC to the year 1850, where the Louvre collections end,” explains Xavier Dectot, Director of the Louvre Museum. His main concern is to place the exhibits in a dialogue with each other and compare them on a timeline rather than grouping them in static categories. The more than 200 works originate from the Middle East, Egypt, Greece and Rome, the Islam and Europe. “We want to present the collections in a different format, one that will allow us to see them from a new angle,” says Xavier Dectot describing the unconventional concept. “For an historian, for a museum lover, this is an excellent chance to change the way to look at things. Besides, we were keen to attract a new audience.” Which is one of the major challenges facing the museum today, the director stresses.

Dectot is an art historian, “because I have an interest in beauty. I wanted to gain a better understanding of why something is seen as beautiful and why people throughout history have had different conceptions of beauty.” The presentation concept provides a cross-section of what people throughout the millennia have considered beautiful. It is left to the observer to discover patterns and contrasts. The open landscape of exhibits with its inconsistencies fits the idea of a Louvre in a former mining area.

The exhibition design
The exhibition design in the 125m long and 25m wide main hall also breaks with conventions. At the centre is “the idea always to leave everything open, not to add new rooms to the architecture, to facilitate a full 360° dialogue between the objects,” says Adrien Gardère, the exhibition designer behind this concept. “The first crucial decision was not to place any object on the wall, but instead to use the centre of the room. This allows the visitors to spread out and walk around everywhere.”

The same principle was applied to the intersecting platforms and island groups – flanked by a timeline “that relates to the course of time taken throughout the gallery: a few steps may span 500 years or it may span only 10,” explains Gardère. It took the exhibition designer, the curators of the Louvre and the director more than three years to select the right works. The museum designer summarises the result succinctly in one sentence: “There is a design – but it does not produce the content. The content determines the design.”

The architecture
Content and design, both inside and out, relate as much in the museum’s architecture, integrating the town, the region and its inhabitants. “The model designed by SANAA was the only one factoring in the park in which we are, and this idea of openness for easy access was what we had in mind for the museum,” Dectot reports enthusiastically. “With this very sober, very low building, which is very easy to access, they have brought this idea to life.”

Whereas comparable museum buildings tend to attract attention with solitary, monumental architecture to upgrade a place (Guggenheim Museum), the new Louvre presents itself as unobtrusive and open. Suffused with light, the steel, glass and concrete structure on the two-hectare site sensitively establishes a dialogue with its surroundings. Designed by Japanese architectural firm Sanaa in cooperation with New York studio Imrey Culper, the building sits on a disused coal mine. The single-storey building harmoniously integrates with the park landscaped by Catherine Mosbach. Even the entrance, a transparent glass cube, demonstrates closeness and openness which the museum wants to communicate to the people. The cladding of anodised brushed aluminium used for the remaining sections dimly reflects the surroundings.

The lighting concept
Special consideration in the museum design was given to the light – a combination of daylight and artificial light guided across the delicate-looking ceiling. “The lighting concept is based on SANAA’s architectural concept using zenithal daylight,” explains Gardère. “The times when a black jewel box was illuminated by a beam focused onto the isolated, floating object in the dark are gone.” Today’s overriding thought is, through daylight, to let the objects become part of the room. Adds lighting designer Jeff Shaw from Arup: “People love daylight, they like the link with the outside, feel good in daylight. The light colour is perfect, its colour rendering properties accentuate all the colours of the objet d’art.”

A structure such as this, awash with light, needs the support of artificial light. “Daylight varies greatly,” explains Jeff Shaw. “In one day, it can range from darkness to 100,000 lux on a summer’s day. The light can vary quickly between 20,000 and 50,000 when the sun disappears behind clouds.” A challenge which the Arup designers faced head on. The system they devised using LED lighting supports the daylight as needed, with venetian blinds installed to prevent an excess of incident sunlight – the purpose at all times being to ensure a uniform level of light. As a further aspect, the light colour varies depending on the exhibition and architectural environment. “Understanding which light temperature is best took quite some work,” said Adrien Gardère.

Daylight used in combination with LED lighting helps to save energy and costs, but also allows new, custom-fit control options to be generated. “This control system is fantastically suited to our museum. It is designed entirely around our collection and enables us to use tracks,” Vincent Fourmestraux, Head of Operations and Maintenance at the Louvre, reports delighted. “It takes a while to set the system up, but in the end the same lighting configurations can easily be used for future special exhibitions.”

The many advantages of the LED are vivid in this project. Dimmable without loss of light quality, they do not need any disruptive artefacts, but instead produce sharp-edged beams for efficient accentuation, making them a harmonious addition to daylight. Thanks to their small size and simple styling as a result of the photometrics used, the ERCO LED luminaires correspond to the elegant architectural concept of the Louvre Lens even on a formal level.

Jeff Shaw predicts a change in lighting technology for museums. “I think most of the major museums will now start to give some serious thought to LED lighting.” The visitor will notice very little here. For Shaw, after all, “the ultimate aim of the lighting designer is to create a lighting concept where the light is not talked about. People simply come, enjoy where they are, do what they came for, and go home again.” 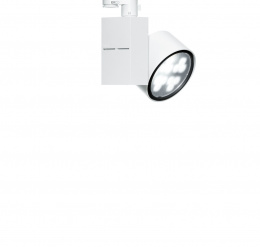