The venerable Hamburg Museum is celebrating brewing culture in northern Germany with a special exhibition. The organisers have succeeded in showing this cultural history topic in a concise, surprising and entertaining way – with a guidance system of striking graphics and pinpoint accent light from ERCO.

A guidance system with graphics and light
To master this level of contextual and formal diversity in this small space was a major challenge for the exhibition concept. Exhibition designers Volker von Baczko and Oliver Thomas, founders of the IIID brand communication design studio in Hamburg, created an attractive guidance system consisting of only two design elements for concisely structuring the content and guiding visitors through the show. Striking yellow lines mark the way across the floor and up the walls to the exhibition texts on the one hand. On the other, these "beer paths" serve to structure eleven roughly chronological themes concerning the brewing process and beer culture, for example "barrel and barrel makers", "pubs and beer halls" and "Hanseatic breweries". The second essential design element is rich-contrast accent lighting achieved with just a single luminaire range, compact Light Board spotlights from ERCO. Orientation is established in the space entirely without general lighting – only various light accents are used precisely, serving to guide visitors and hierarchically classify the exhibits. 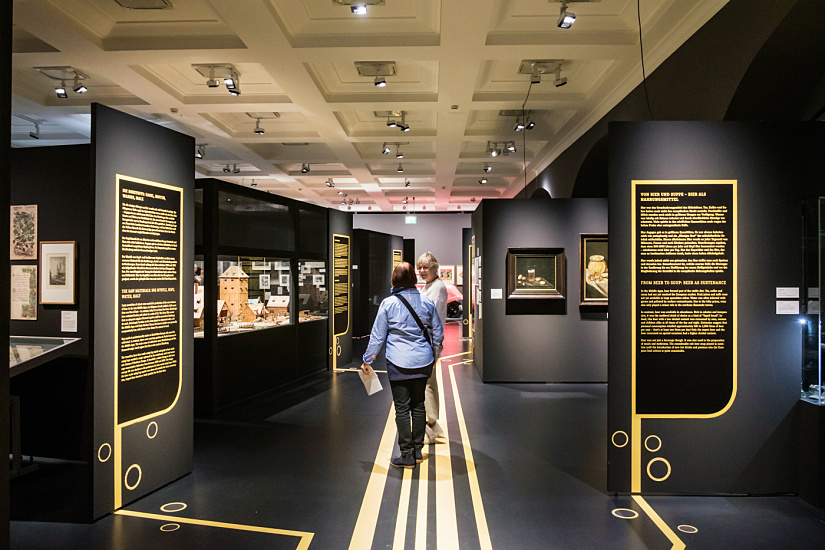 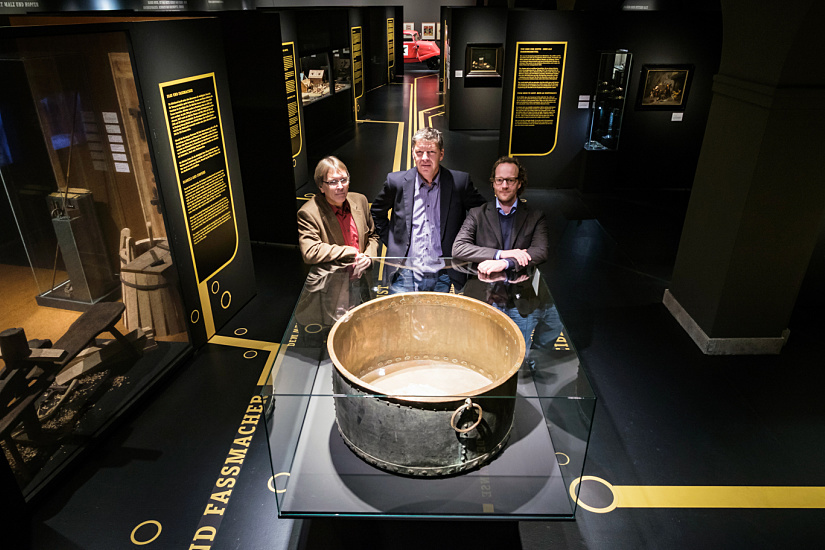 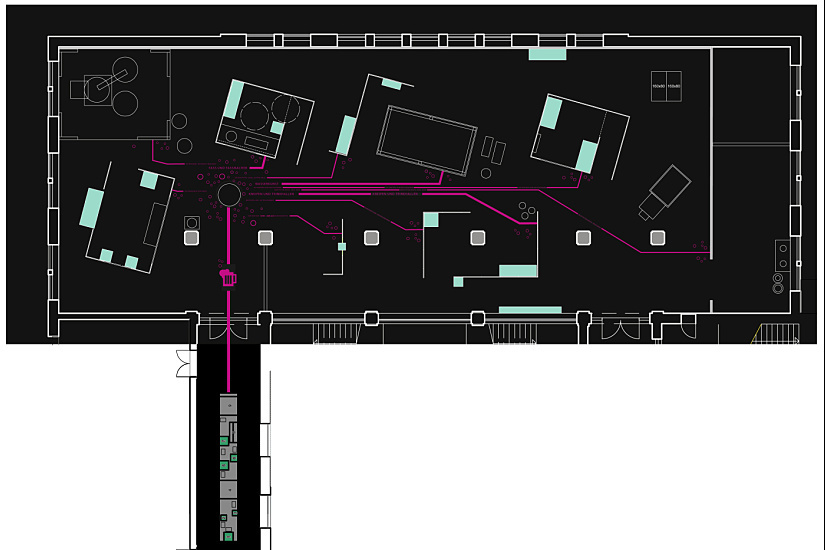 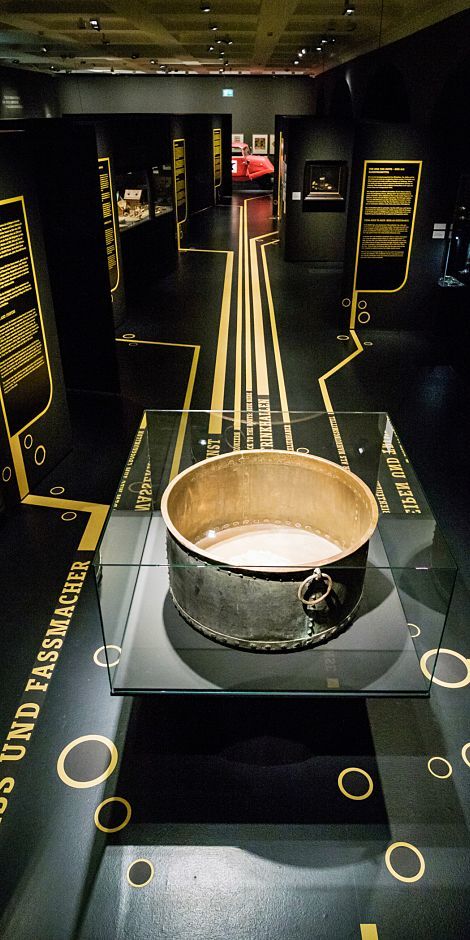 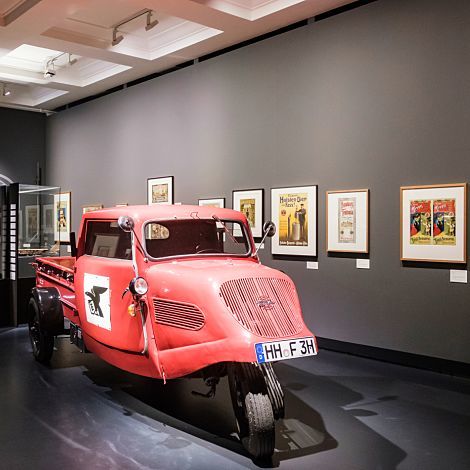 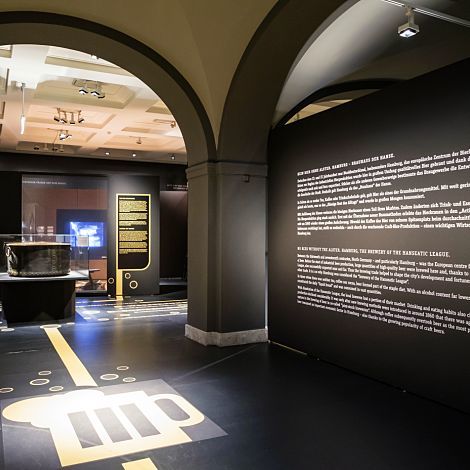 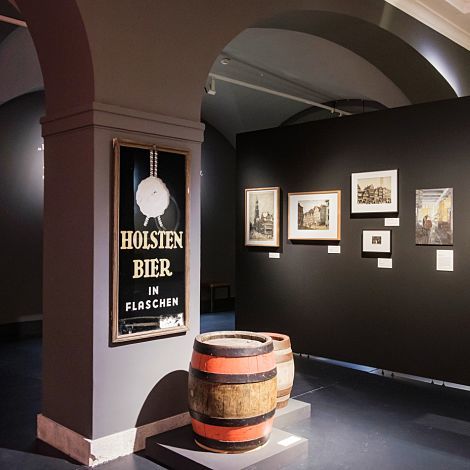 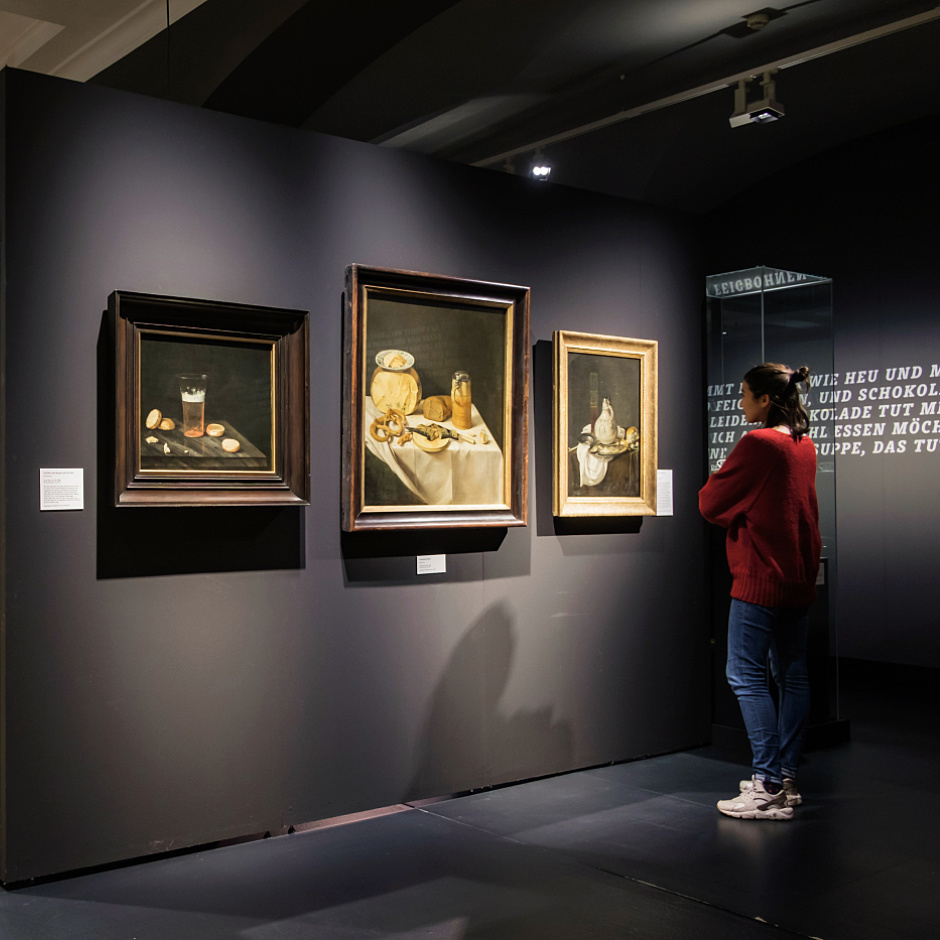 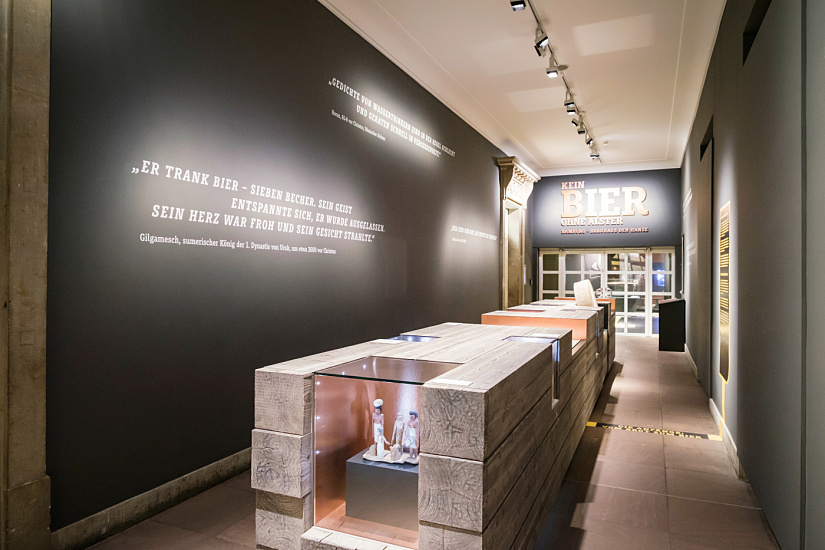 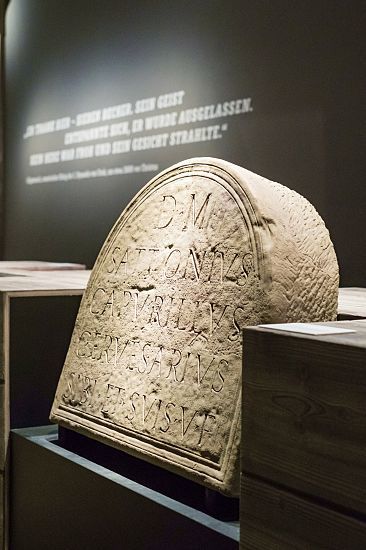 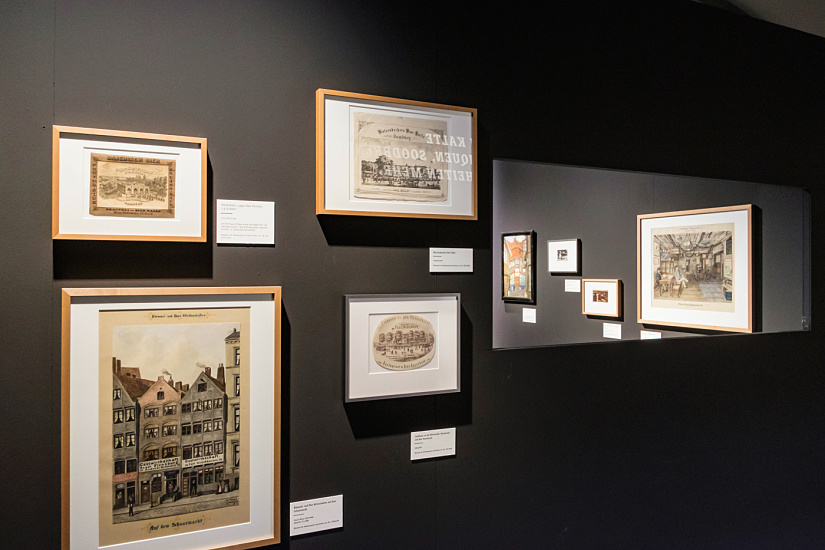 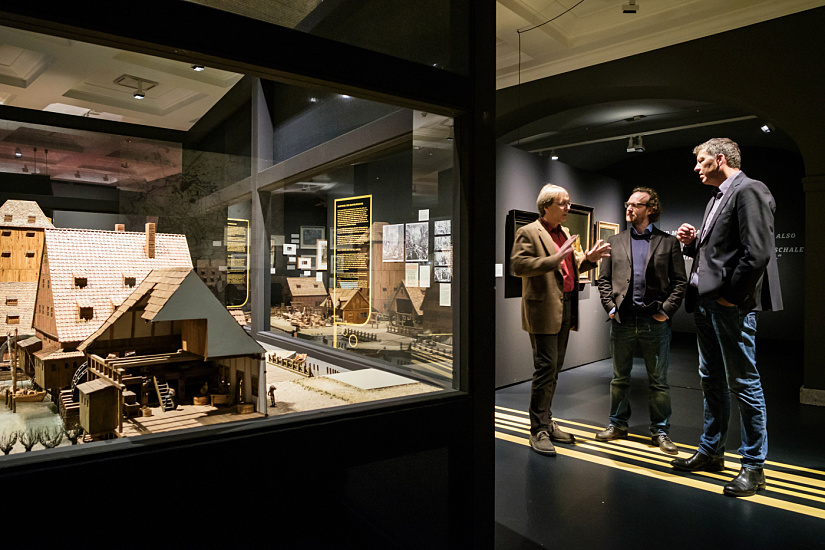 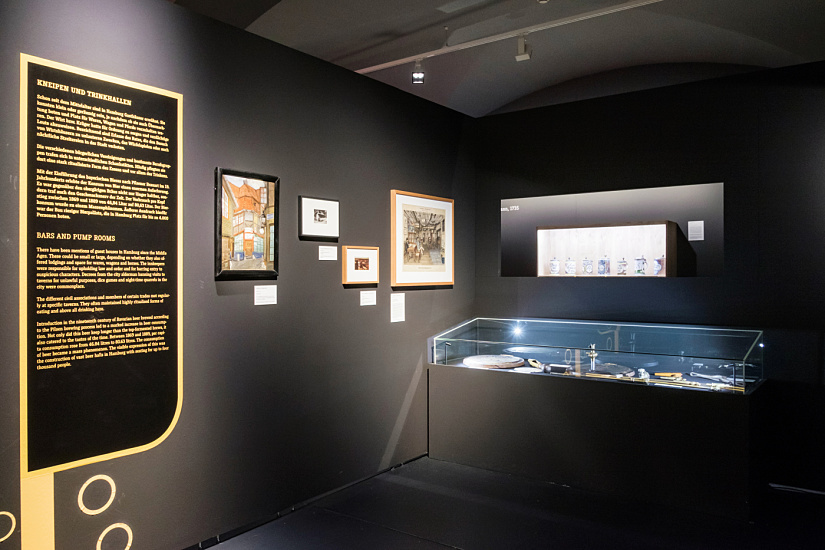 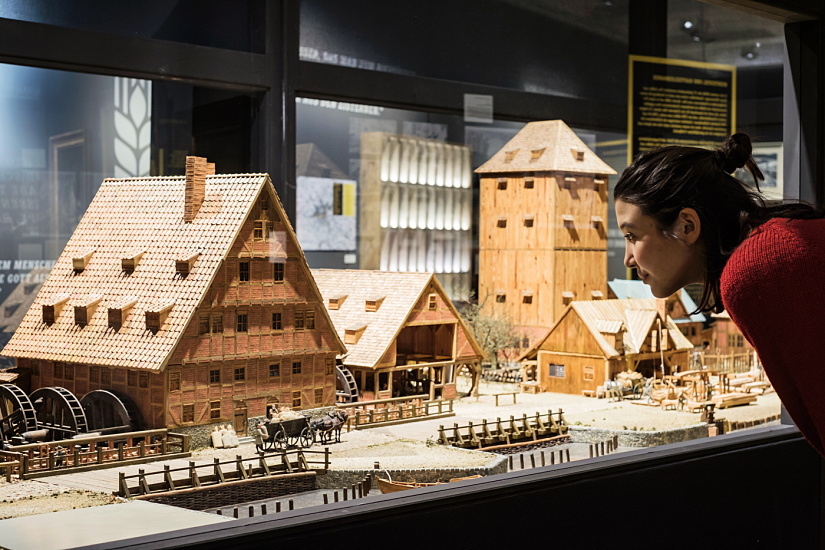 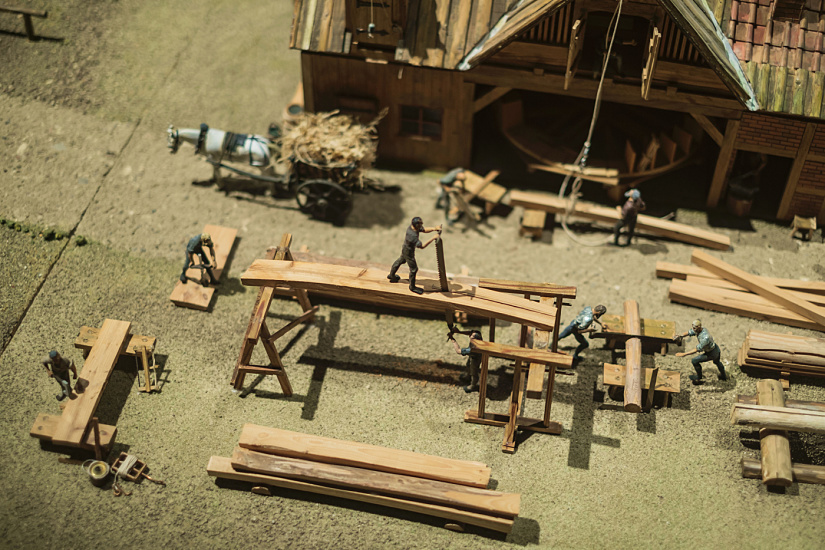 The quality of light for each individual object is decisive – with a glazed panoramic window and linear lighting for example, a cube in the centre of the exhibition space invites visitors to browse and linger. An extensive model of the historic Hamburg water supply system can be seen here, the so-called "water art", with lovingly accentuated details rendered in a sculptural way due to the precisely modelling LED light. "The model has been part of our permanent exhibition since the 1990s, but with this precise light the exhibit really comes into its own for the first time in the special exhibition," said a pleased Dr. Wiechmann. Because of good glare control, the light source, which consists of two spotlights with linear light distribution on the ceiling above the open cube, is hardly noticed.

Dr. Ralf Wiechmann proudly presents the most valuable exhibit in the exhibition: the Vanitas still life painted by the Hamburg artist Georg Hinz from 1665, a loan from the Hamburger Kunsthalle that depicts a glass of beer next to a piece of half eaten bread. The golden barley juice bubbles as if freshly tapped but the white beer foam is already starting to cave in – a nod to the transience of earthly life. Despite the generally low level of light, sophisticated objects like this one are brilliantly displayed with outstanding colour rendering. "The light makes the minutest details, which also have a symbolic meaning, visible in the painting," said Wiechmann, "and they also comply with the complete spectrum of conservational requirements." 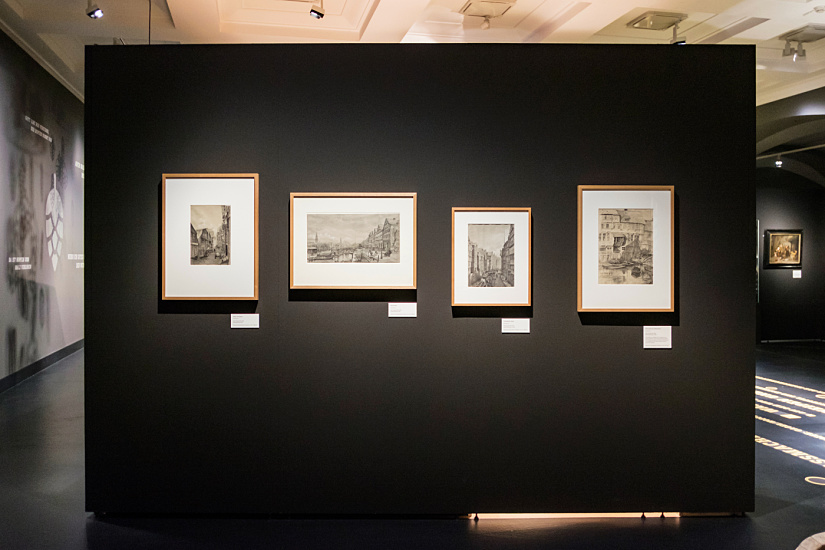 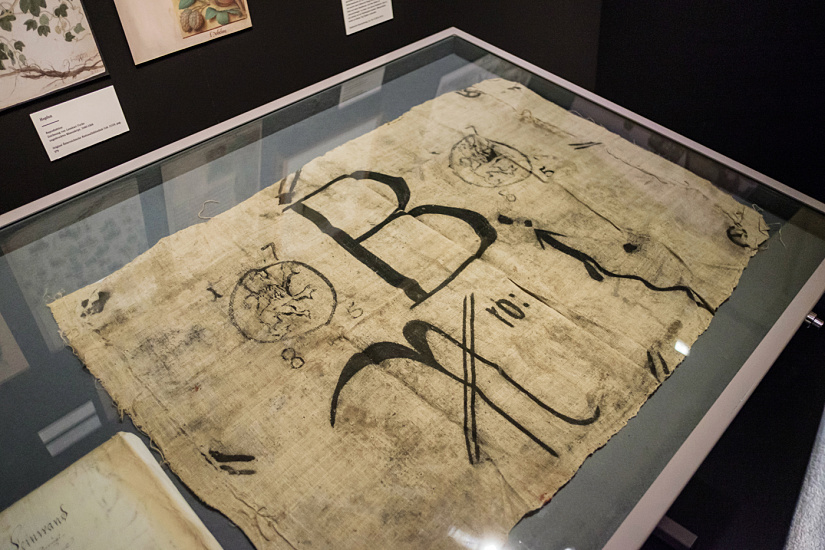 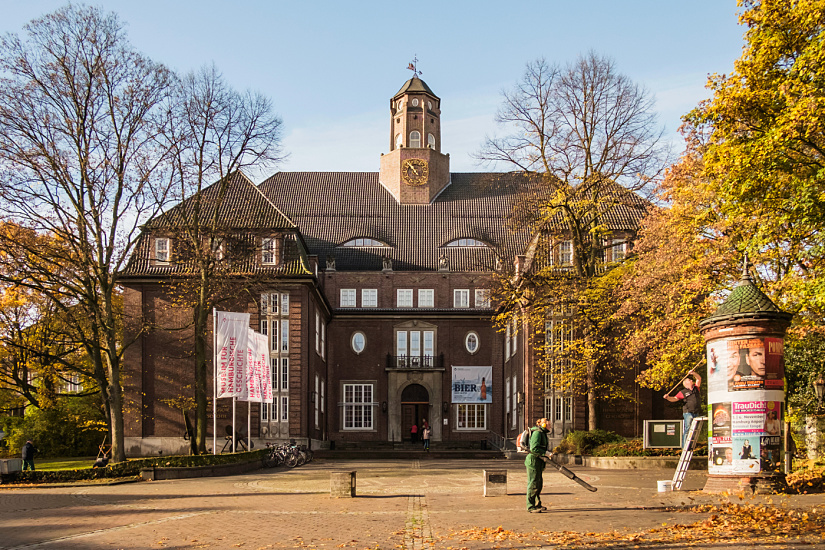 The Museum für Hamburgische Geschichte – founded in 1908 and now one of the largest local history museums in Europe – has been accommodated in a building designed in 1922 by the Hamburg architect Fritz Schumacher and close to the Reeperbahn 'party mile' in Sankt Pauli.