How do you illuminate a shoe store effectively with LEDs? What is the best way to accentuate inclined presentation spaces precisely without casting shadows on the areas below? The redesigned Camper Store in Barcelona provides a prime example that offers the answers.

It is a common cliché that a woman’s shoes have to match the purse for a flattering outfit. But what about the hairstyle? Should it also be inspired by the style of shoes? A campaign launched by Camper to that effect demonstrates the results of this thought experiment. A woman, laughing heartily, sports a voluminous, fiery red bob in an asymmetrical crop – matching perfectly the expressive “Mortimer” shoe model. Its image: an urban hybrid with retro-futuristic look and unisex appeal. The hair, incidentally, was styled by haute coiffeur designer Charlie Le Mindu.

Freedom, creativity and comfort
The Camper footwear brand was launched in 1975 as a family-run shoe manufacturing business with its base in Inca, a town on the island of Mallorca that has been known as a capital of shoe and leather craftsmanship for many centuries. After inheriting a shoe factory from his father, owner Lorenzo Fluxà Rosselló took it upon himself to modernise the family business, now in its fourth generation. The brand was to reflect a new lifestyle, a new way of thinking based on freedom whilst also encompassing comfort and creativity. The venture was named “Camper”, meaning “peasant” in Catalan, to echo its rural roots and took its inspiration from the age-old custom of Mallorcan farmers to make their own shoes using tyre scraps as soles. Today, the large nubs on the soles that evolved as a result have become a trademark of the Camper shoes. The first Camper store was opened in Barcelona in 1981, now there are around ten, with some 300 stores overall in major cities all over the world. “Camper Together” is a model of collaboration between Camper and leading international designers aimed at creating exclusive products, stores, and even hotels. “Together” responds to a new international reality that requires the capacity to integrate, through design, different cultures whilst communicating and distributing unique initiatives to a select global marketplace. 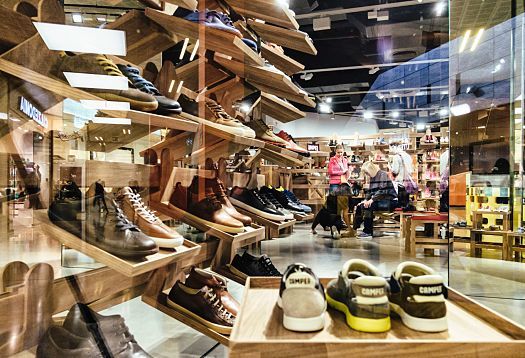 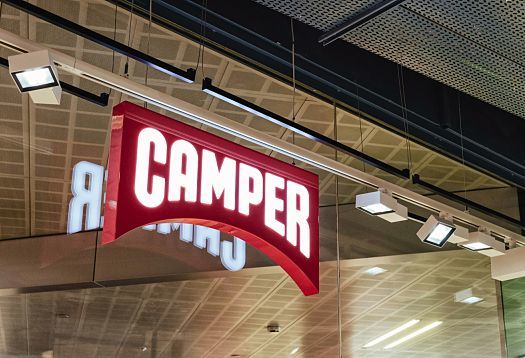 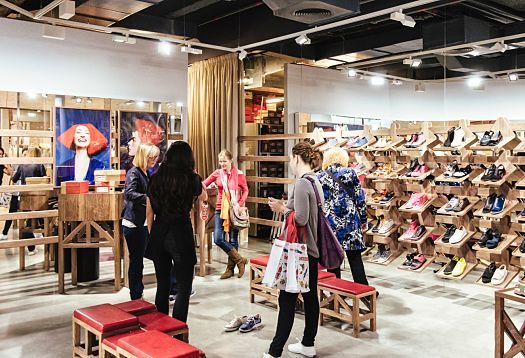 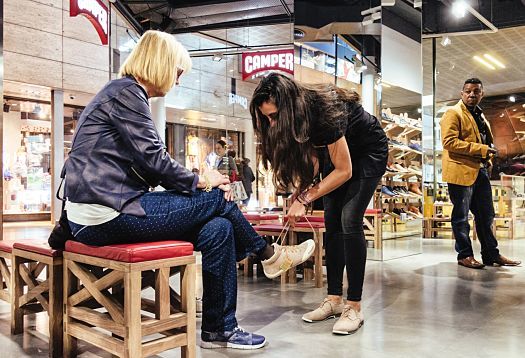 Unique styling for each store
Each store of the Camper brand is designed in partnership with prestigious designers. The store in the Centro Comercial L’Illa in Barcelona has been open for a while, but was recently restyled by Michele de Lucchi. The Italian designer and architect was one of the co-founders of the Milan designer group Memphis, which emerged at the end of 1980 around the central figure of Ettore Sottsass. Their aim was to counter the prevalent functionalism with a bold, brash and decorative aesthetic. Since 2009, de Lucchi has designed numerous other Camper boutiques in cities such as Milan, Petersburg and Tokyo. Many of the stores are inspired distinctively by the motifs, shapes and colours that have become part of the Memphis design. One such outstanding example is a free-standing room element made of plastic laminates in vivid colours with a seemingly random interplay of solids and voids that reminds of the “Carlton” room divider, hailed a design classic in 1981. In contrast, the redesigned store in the Centro Comercial L’Illa presents itself primarily with minimalist shapes, natural materials and muted colours. A group of stools of different heights in the centre of the room attracts attention with upholstery in the typical Camper red. 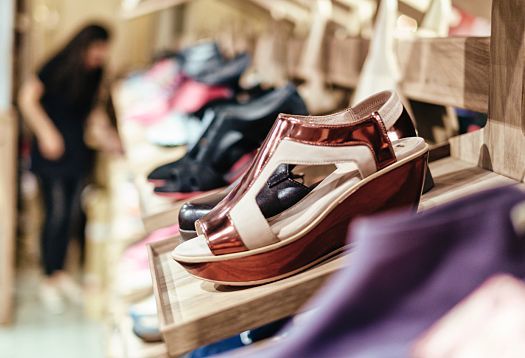 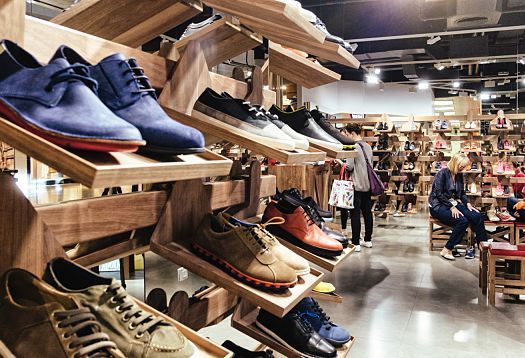 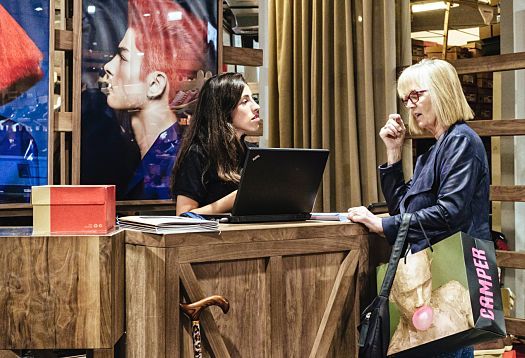 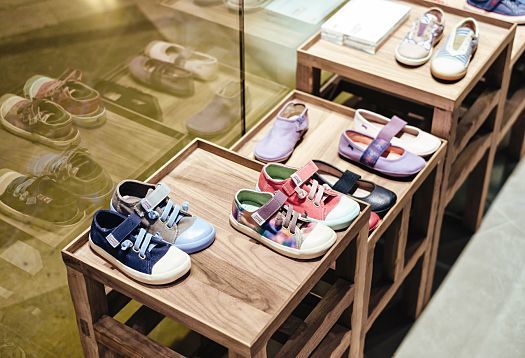 Perfect illumination of inclined presentation spaces
The lighting concept is based on a combination of uniformly illuminated walls and accentuation of selected display items. The floodlights and spotlights used here are suspended on track, using neutral white light with 4,000K to create a fresh and stimulating ambience. Along the walls, the shelves are illuminated by Pantrac 24W, whilst the display furniture in the centre is defined effectively using Opton flood 12W, with Opton flood 12W drawing attention to the shop windows. The slightly inclined shelves posed a challenge, whereby the footwear on display needed to be illuminated effectively without casting shadows on the lower shelves. This meant that the lighting tools used for the ambient lighting needed to be precisely perpendicular, complemented by spotlights positioned at a great distance. To reduce any shadow effect, the designers decided to use additional spotlights casting direct light from the sides onto the shelves. Equally important was ensuring that the mirrored walls did not cause secondary glare. In addition there was a clear goal of providing Camper with significant energy savings, the solution – based on LED technology – ensures maximised efficiency in facility management. At the same time, the few luminaires required for this concept can easily be swapped between the various stores.