The new building of the REWE supermarket in Hohenlimburg takes a consistent approach to energy savings. This is exemplified by such aspects as a lack of heating installations, as the store is heated exclusively using the waste heat generated by the store's refrigeration system, and by energy-saving accent lighting using Opton LED. 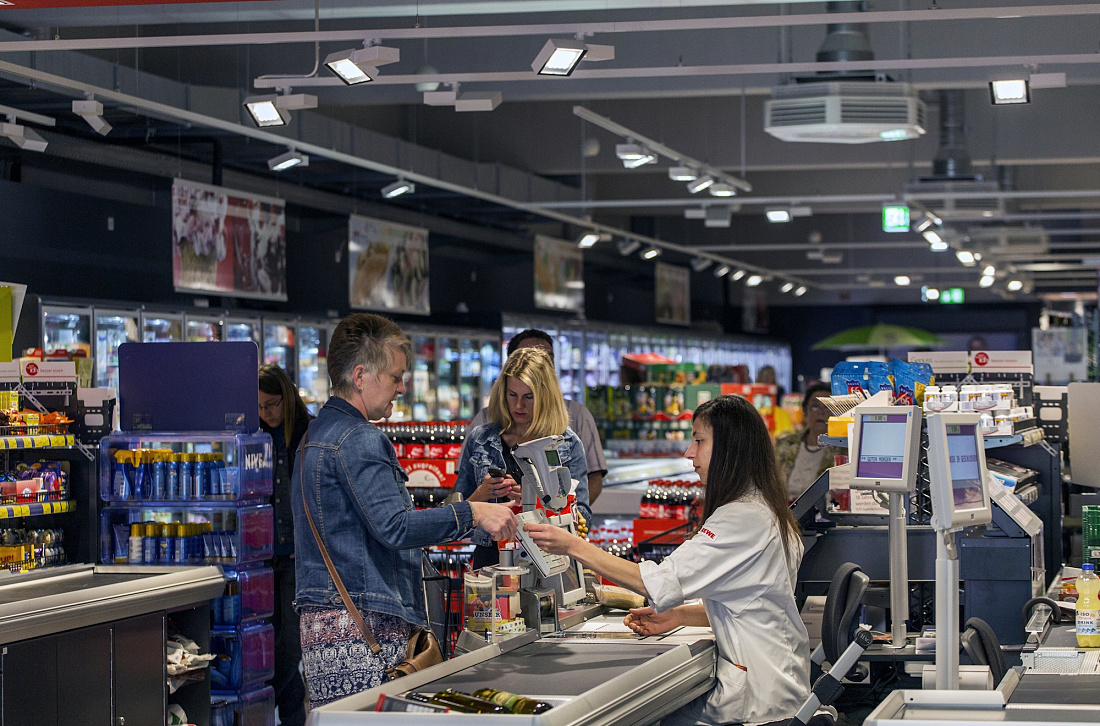 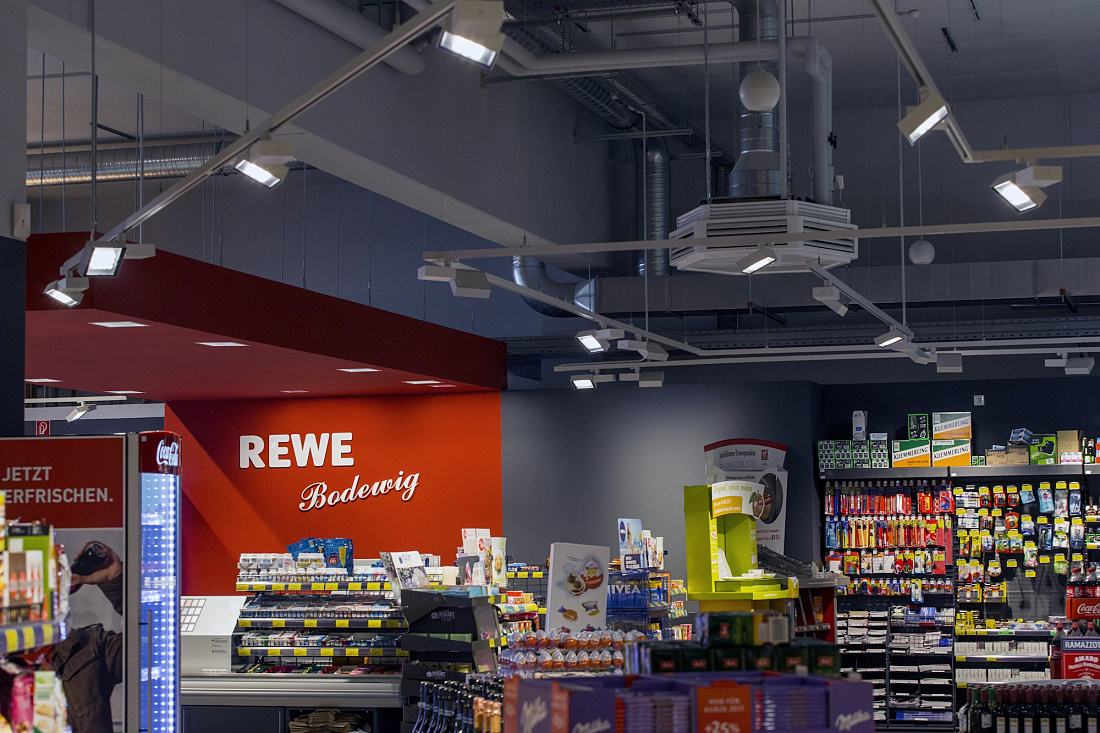 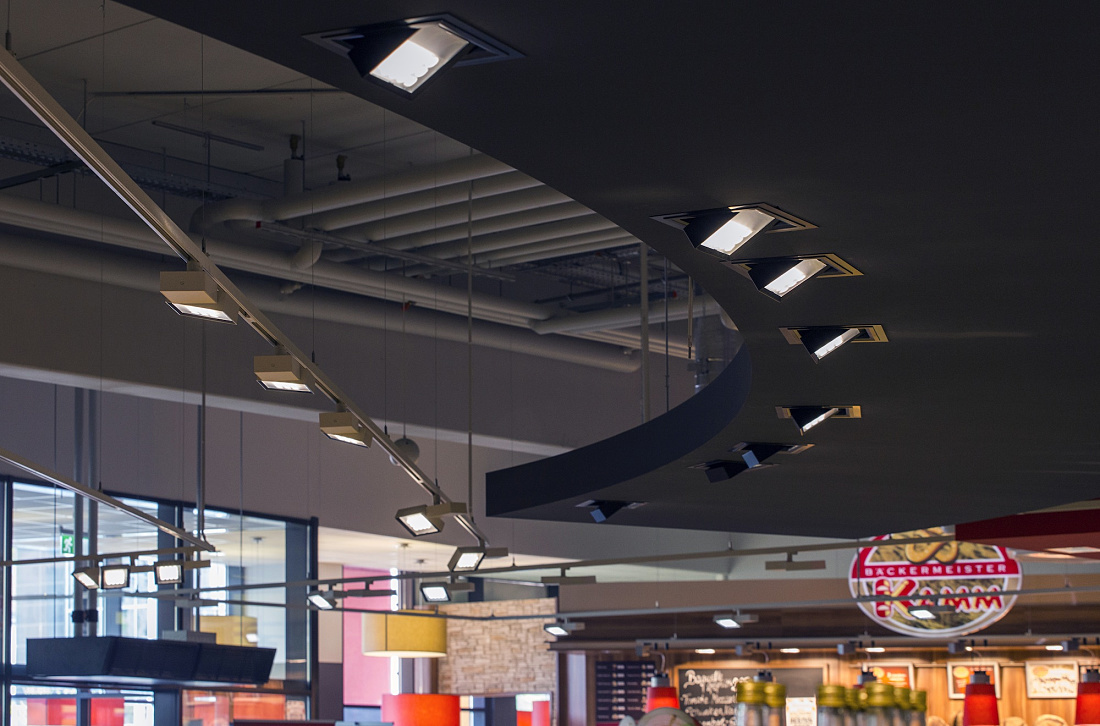 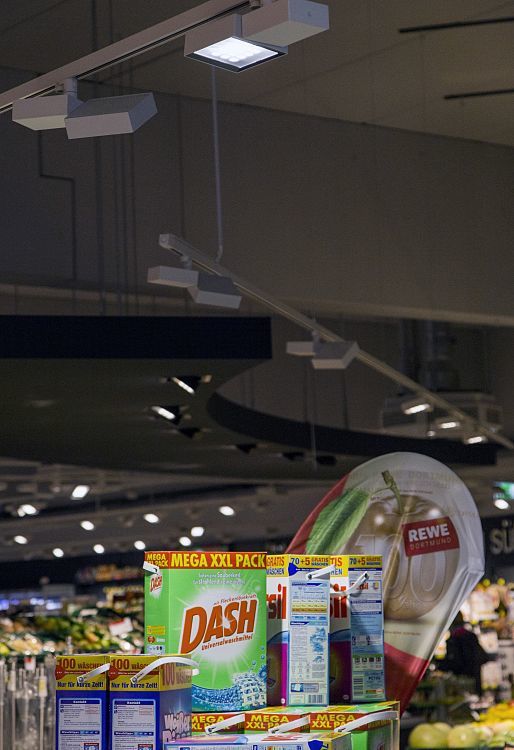 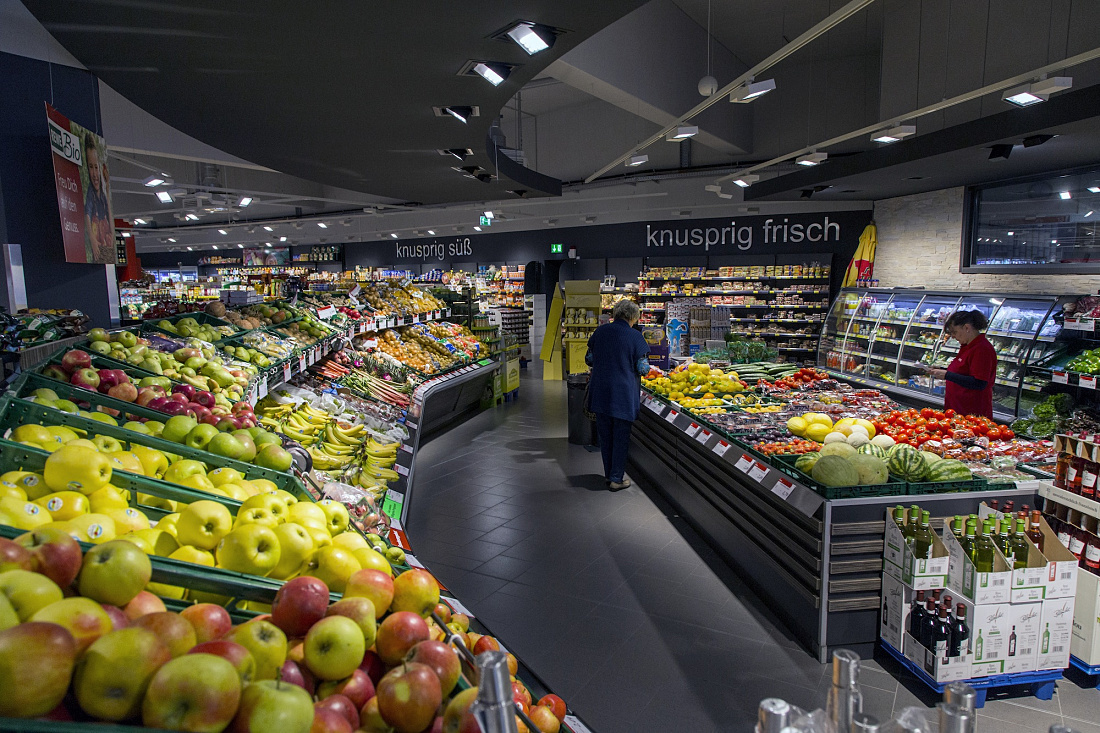 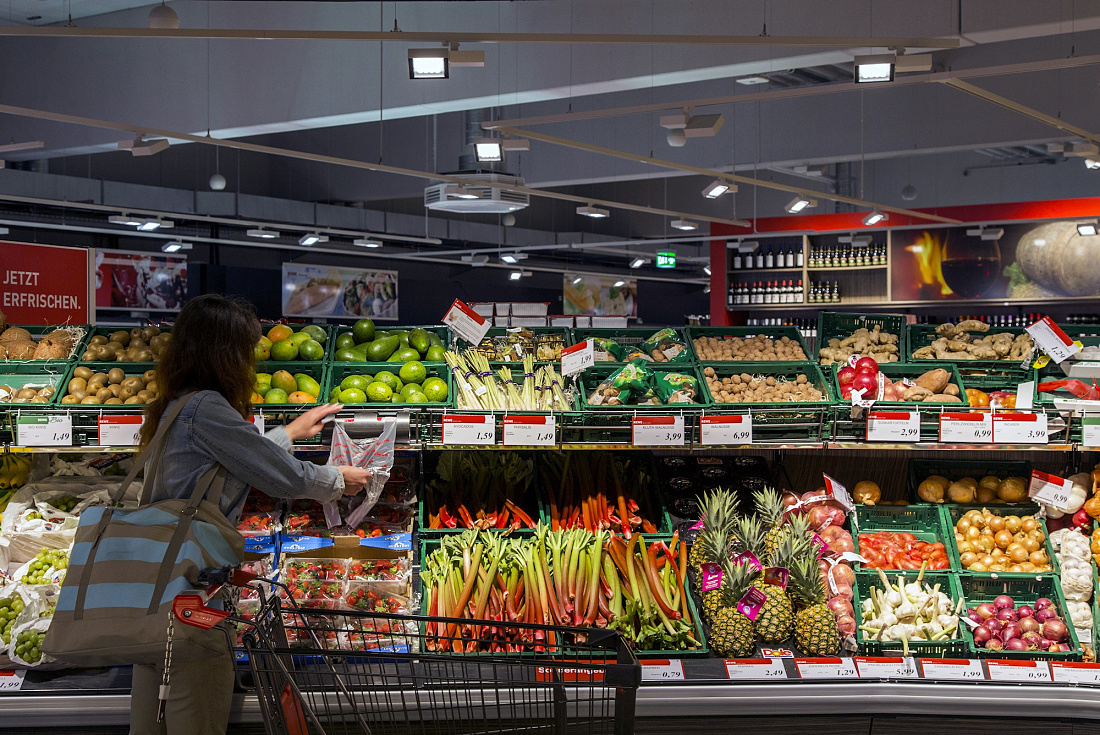 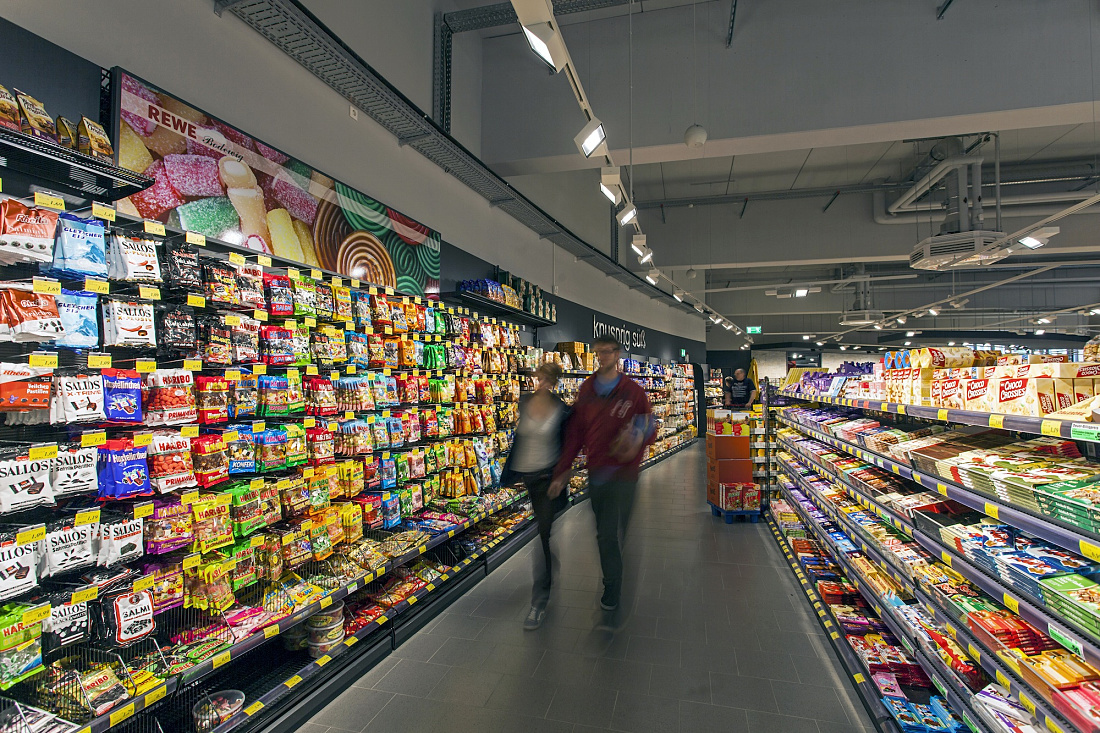 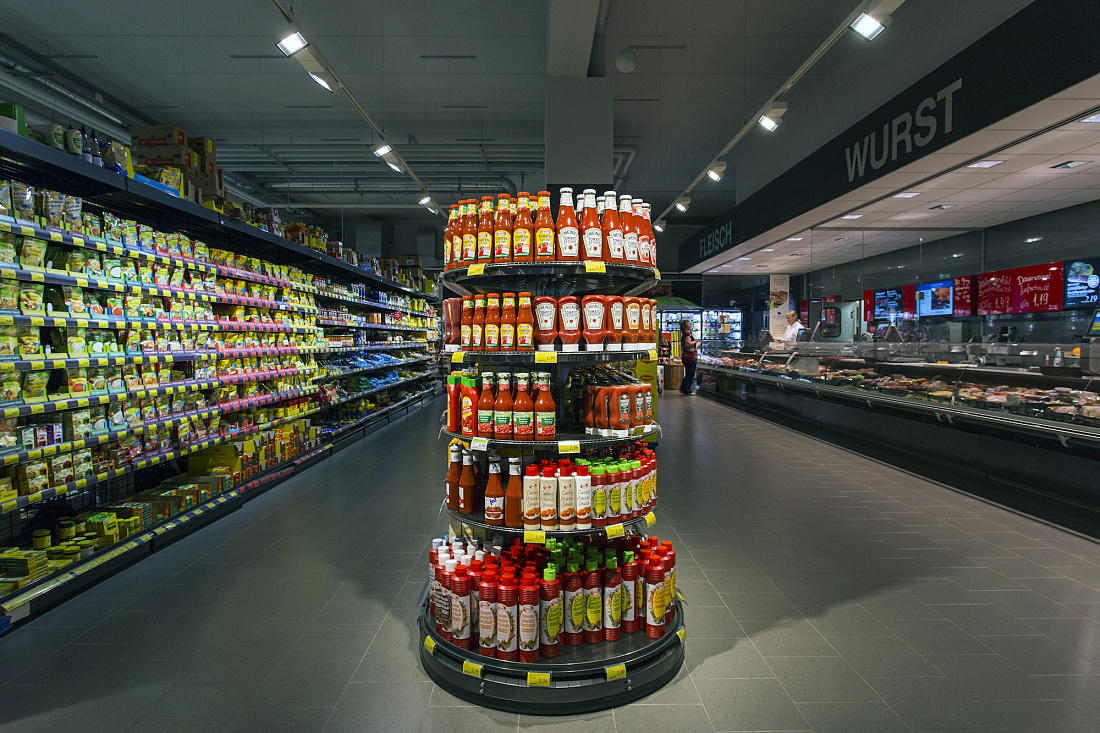 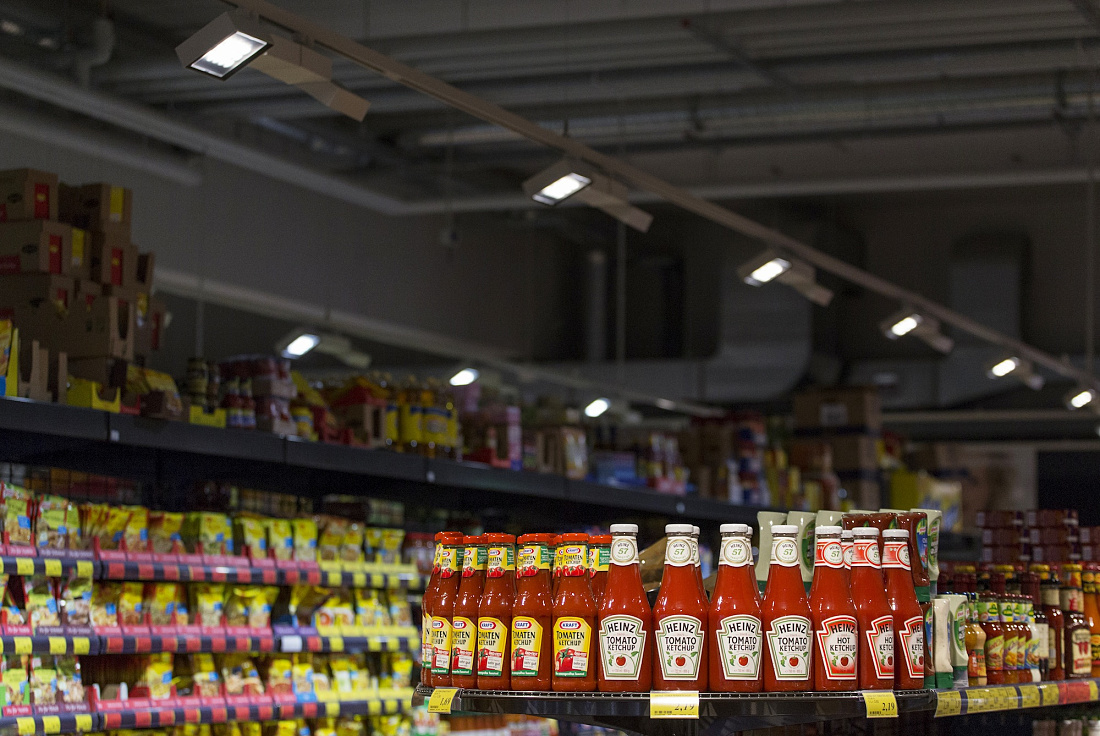 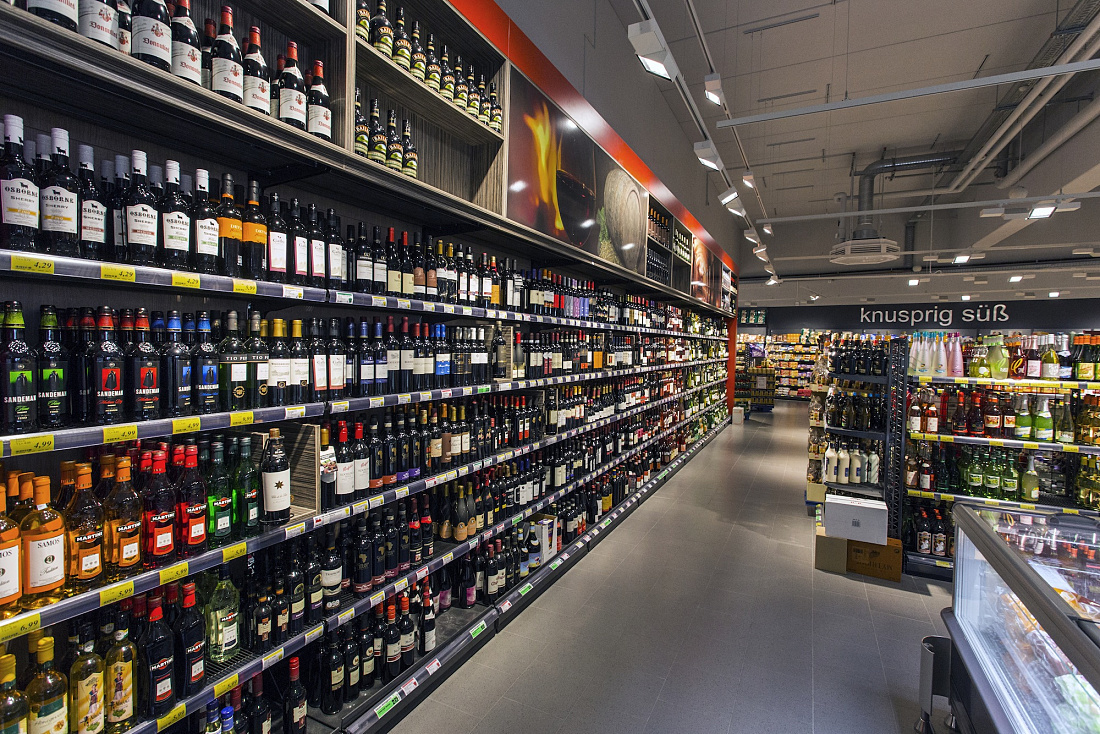 The REWE supermarket chain has opted for a lighting concept in its Hagen-Hohenlimburg outlet which, up until now, has been associated more with other sectors of retail – the fashion business, for instance. Dispensing altogether with ambient lighting for aspects such as the aisles, the products and checkout areas and the displays are made to stand out illuminated by accent light. This creates a more dramatic light experience that is rather uncommon in the context of shopping in a supermarket. “Our customers also need to get used to it first,” reports Christoph Bodewig, owner of the REWE outlet, after a few months of operation. Bodewig’s other outlet in Hagen-Elsey, lit with conventional fluorescent lamps, offers a direct comparison. “It’s quite the opposite – customers in Elsey now come and say it’s much too bright in here.”

It quickly became clear that products can become focal points even without high wattages. Mounted on suspended track, the Opton spotlights are fitted with LEDs using as little as 24W. Applying the patented Spherolit lens technology developed by the Lüdenscheid-based Light Factory here provides several advantages. For one, it allows the use of up to five different characteristics simply by exchanging the lenses. This flexibility is vital particularly in market zones where displays frequently change. A further aspect is the sharp-edged beams of the LED light. They make it possible to single out products from the rest of the range without spill light marring the visual experience.

Other than accent lighting, the light colour is crucial in a supermarket with a heterogeneous product range. Depending on the type of product, the recessed spotlights and downlights at the REWE Hagen-Hohenlimburg outlet emit neutral white light at 4000 Kelvin or warm white light at 3000 Kelvin. Fresh produce such as fruit, vegetables or meat are, as a result, displayed in vivid and appetising ways, as the packaging is rendered in brilliant colour. Across the outlet’s 1200 square metres, the product colours are intensified and accentuated without appearing obtrusive – an effect that is entirely inconceivable with neon tubes.

Light quality being one factor that swayed the decision at REWE in favour of ERCO’s LED lighting, there were also the energy-efficiency aspects to consider. “The new LED technology saves us 50 per cent in energy costs,” explains Bodewig. By comparison, an average supermarket uses around 20W per square metre, whereas this REWE outlet manages at 8.75W per square metre.
For the purpose of sustainable building, the operators also dispensed with a conventional gas or oil heating system using instead the waste heat of the cold storage system to heat the premises. This heat recovery model also allows for selective heating – of the entrance area, for instance, on draughty autumn and winter days.

The almost revolutionary approach of dispensing altogether with ambient lighting is exemplary of the new possibilities opening up with LED lighting. The many advantages, including energy efficiency, precise illumination without spill light, minimal heat development or brilliant colours, specifically in contrast to fluorescent lamps, give architects and lighting designers the option to step away from the ordinary. The REWE outlet in Hagen-Hohenlimburg is an example of how courage to change in this area can pay off. 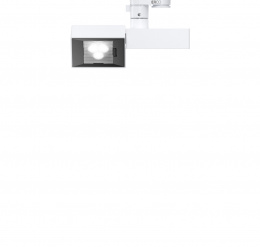