For an architect with high creative expectations – apart from his own studio building, designed by himself – there can hardly be a more fitting office space than an old industrial loft. The atmospheric quality of these usually high rooms, which are frequently flooded with light, their rugged charm and their workshop character explains why they have attracted creative minds for so long.
The renowned Australian architect, Angelo Candalepas also succumbed to the attraction of such spaces; last year he and his team moved into a listed commercial building, built at the beginning of the 20th century in the heart of Sydney's bustling Central Business District. The conversion of the narrow, three-storey brick building into an architect's office succeeded admirably in preserving the original features of the building to as great an extent as possible. The rooms have a fresh, clean, contemporary feel, but without disguising either their history or their former purpose.

In order on one hand to create optimum conditions at his team's workstations and on the other to emphasise the special atmosphere of the building, Candalepas considered the lighting of the rooms as paramount. In the light of his quality requirements – what was demanded was a pleasant, efficient, glare-free light – It almost went without saying that he chose to work with ERCO. "During the day," he admitted, "we are very glad of natural light and we like to work with it. However, in the evenings, when the daylight disappears, we always choose lighting from ERCO to give the equivalent lighting atmosphere.” 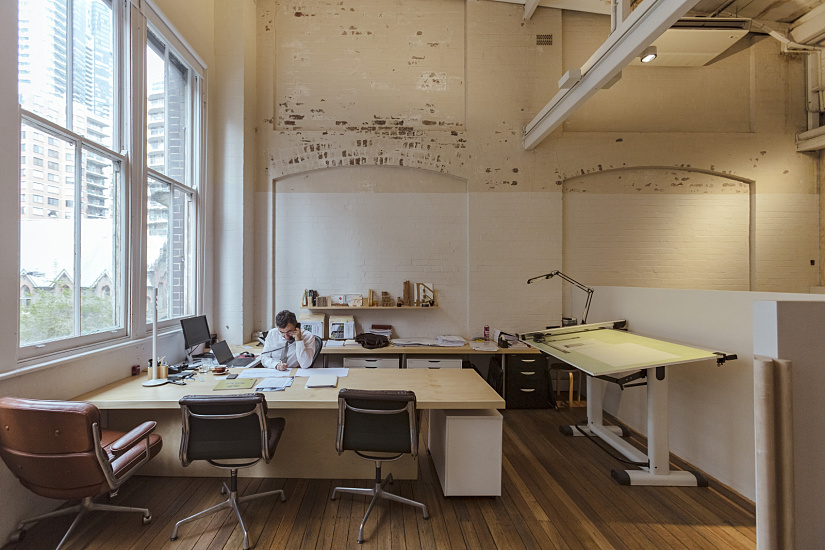 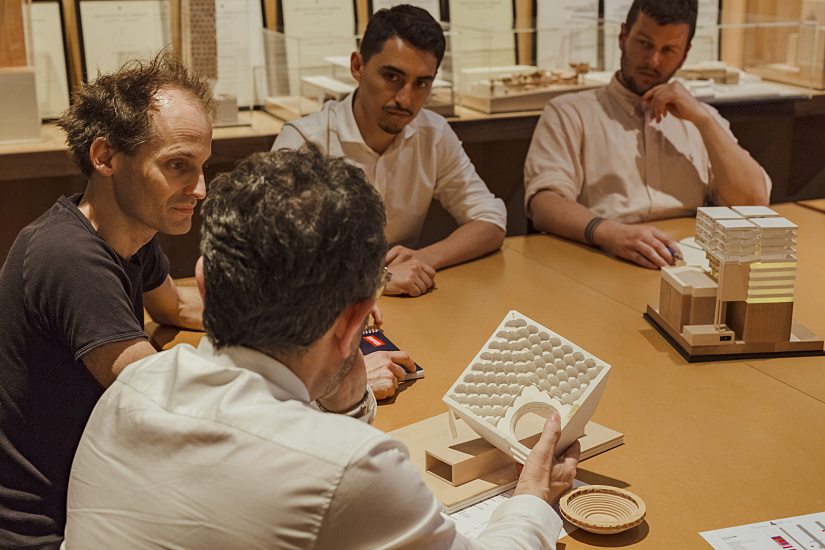 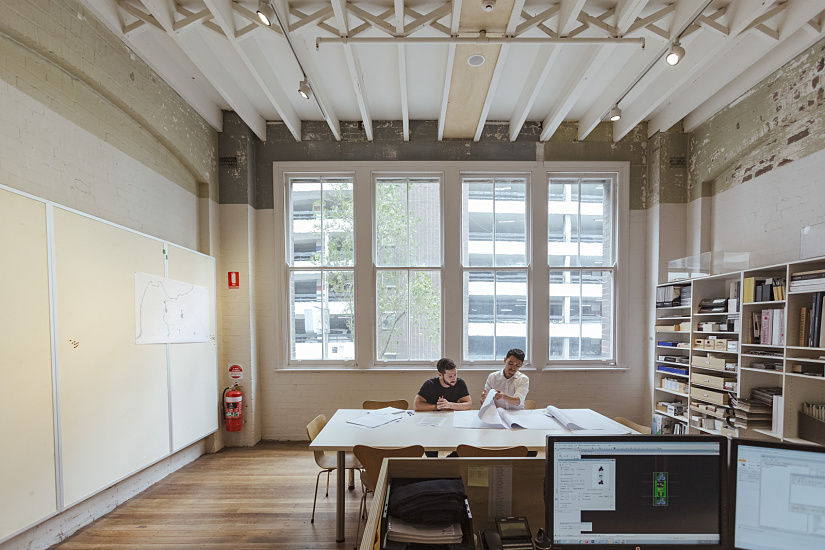 In the office areas on the first and second upper floors, where people work at screens – Parscan spotlights with oval flood light distribution are used for steady, glare-free illumination of the surfaces of the desks. Thanks to the superior quality of the ERCO Spherolit lenses and the wide light distribution they allow, few luminaires are needed here to illuminate the workstations to best advantage. For the ambient lighting Parscan wallwashers were the choice once more – this time 12 watts. They were supplemented in areas with particularly high ceilings by 24 watt Pantrac ceiling floodlights. 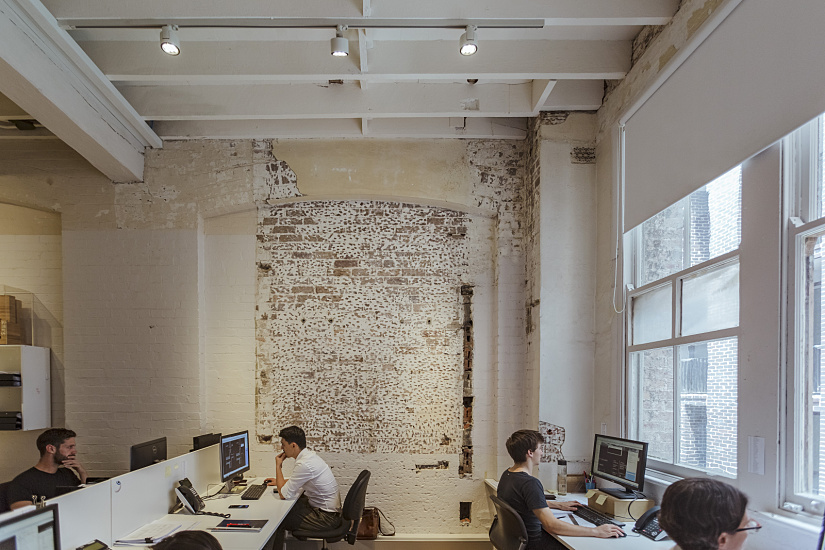 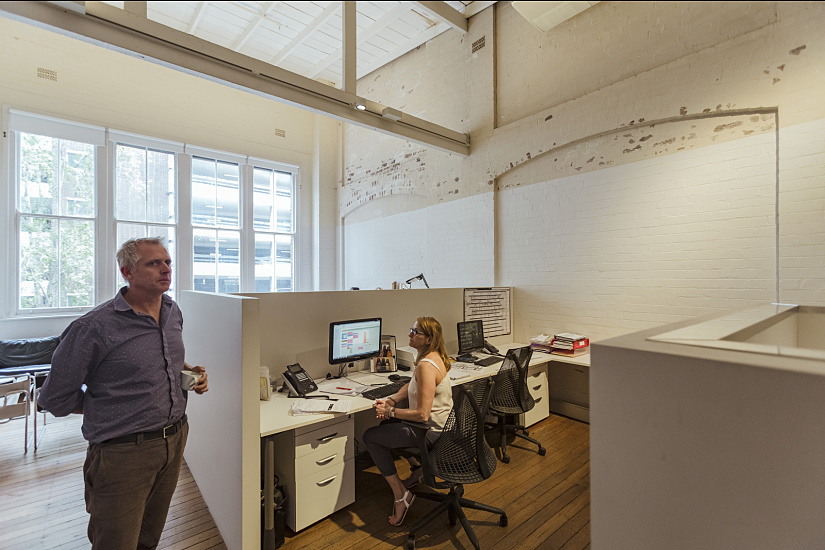 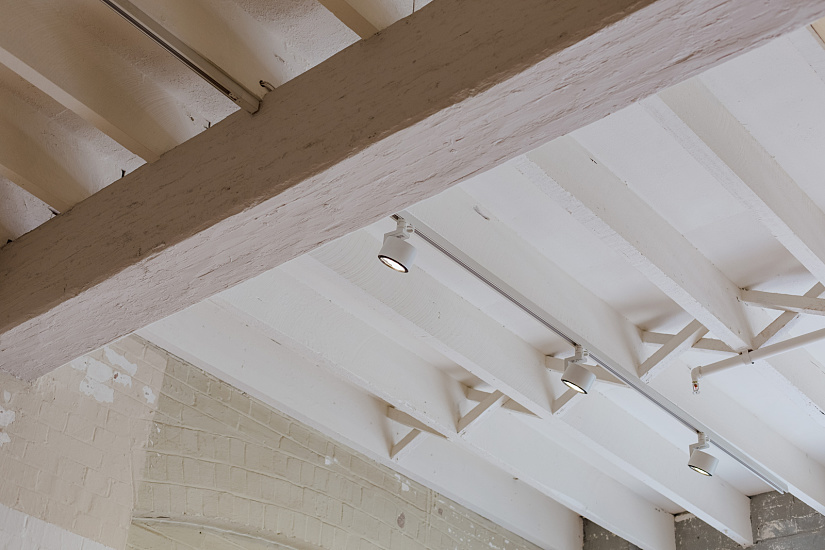 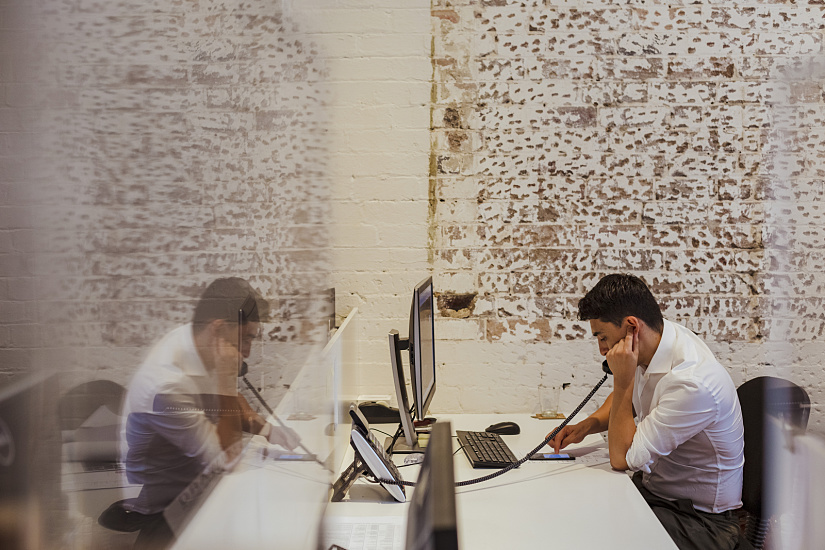