He described his new building in San Antonio, built for the Linda Pace Foundation, as a “little temple of art,” and “a kind of very shy building” that is constantly hiding and revealing its face.”
David Adjaye is responsible for the architecture of the Linda Pace Foundation's art centre along with his London architectural practice. The foundation goes back to Linda Pace, heiress of a Texan sauce empire, collector of contemporary art and herself an artist. Before her death in 2007, a dream allegedly bestowed upon her the vision of a red building with high towers for accommodating her collection of art. After waking up, she sketched the building and commissioned David Adjaye with the architectural interpretation of the drawing.
The construction, now inaugurated 12 years later in San Antonio, Texas, has floor space of 930 square metres. Its iridescent facade of terracotta-like concrete panels in three shades of red, developed and produced in Mexico City, is intended to ward off the heat and be simultaneously reminiscent of the loamy soil of the region. 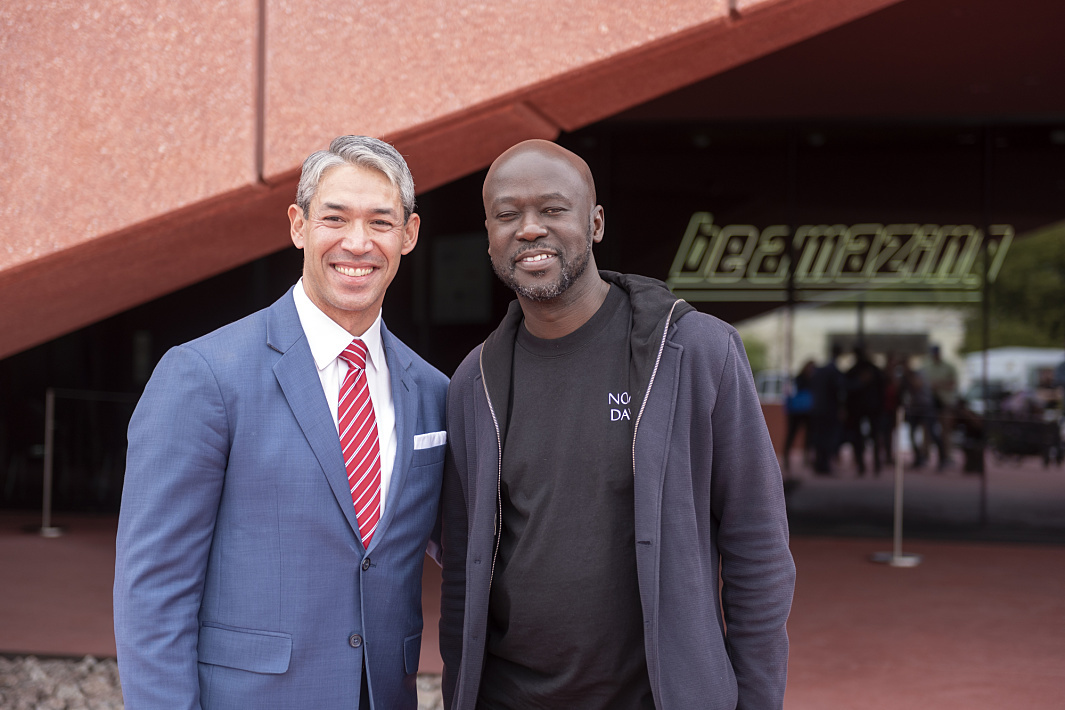 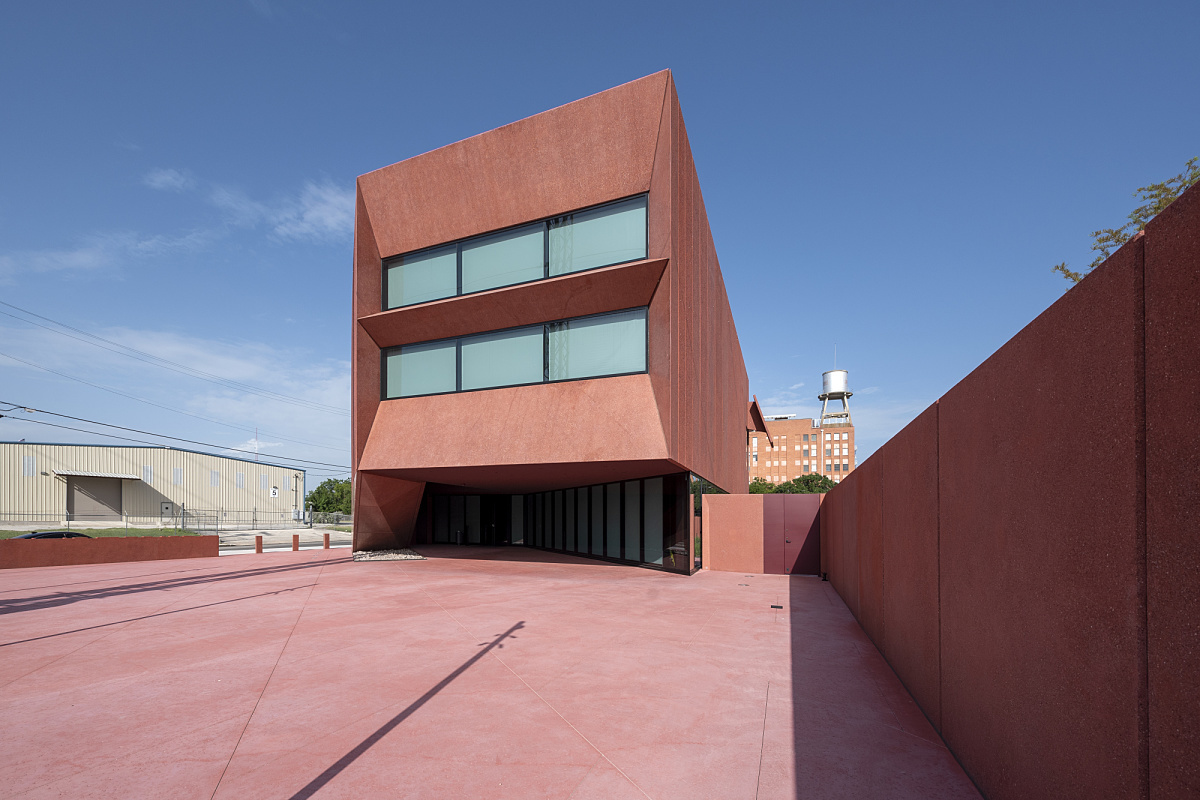 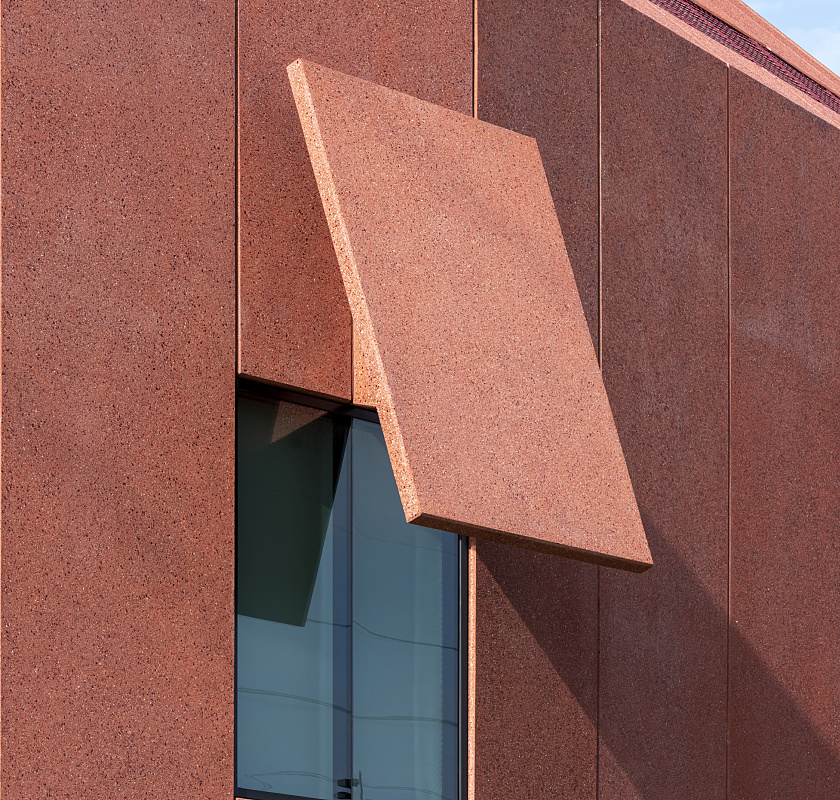 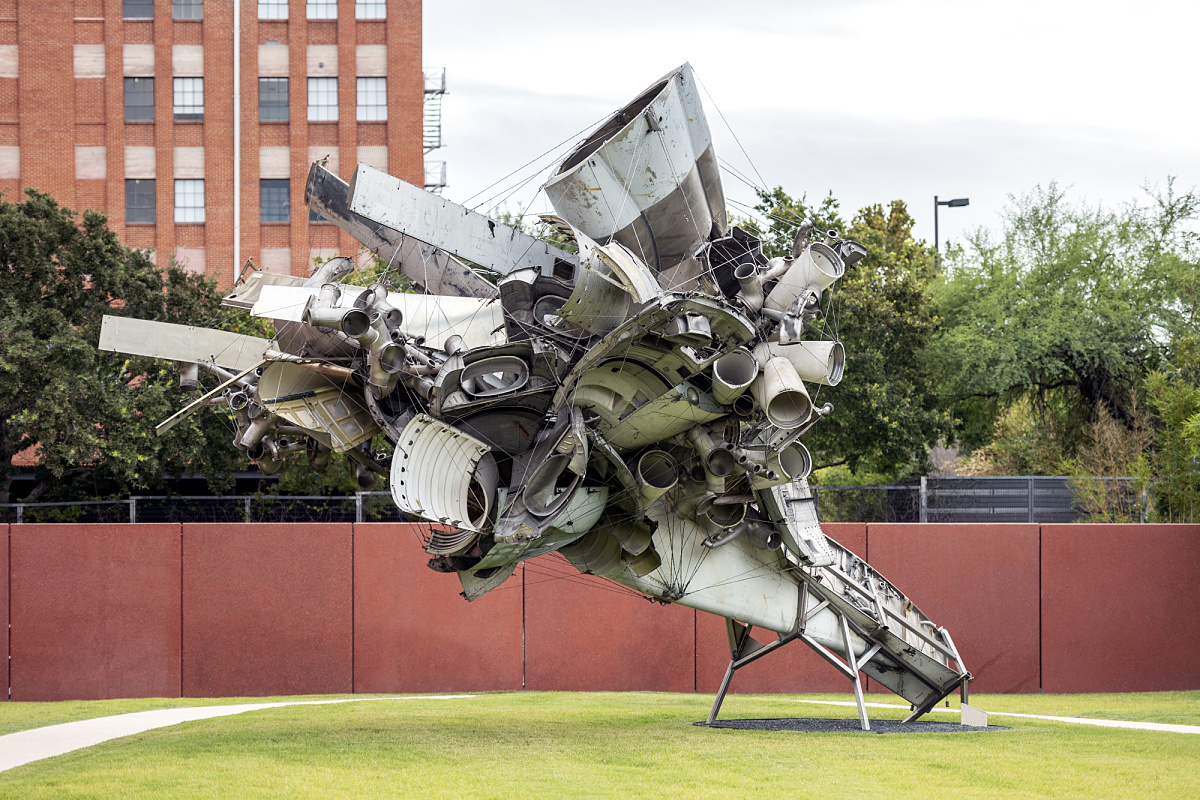 Despite its rugged exterior, the building has a bright and inviting appeal on the inside despite the few windows – in accordance with the social approach of the free cultural platform. The lighting concept of the New York lighting design studio Tillotson Design, which leads organically through the building, adopts a key role. It's based on three levels: Daylight, uniform general lighting from wallwashing, and accents of light. Visitors entering the foyer of the museum from the intense Texas daylight are greeted by diffuse ambient light which emphasises the colour nuances and surface structures of the red concrete walls. Accent lighting above the reception provides orientation. 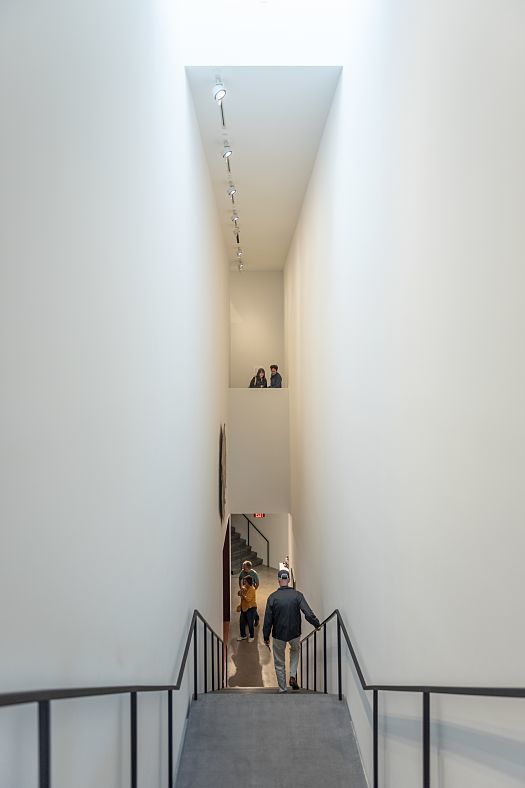 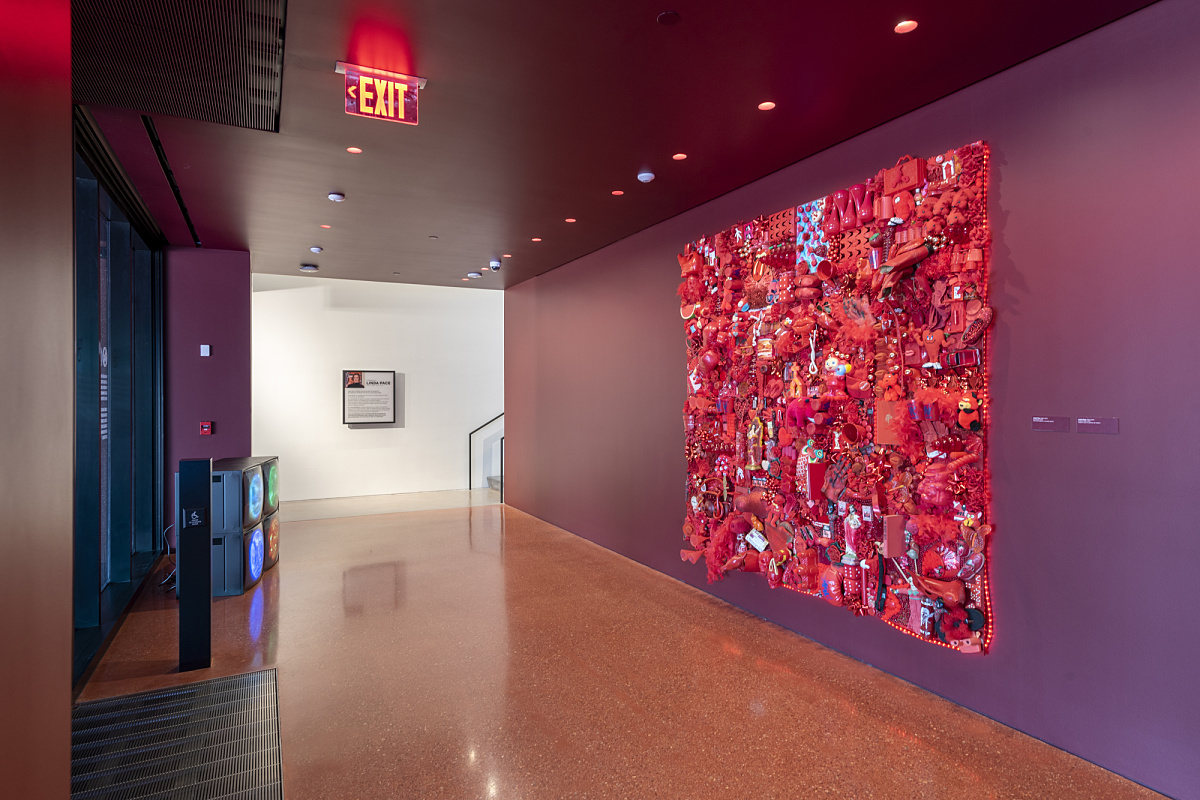 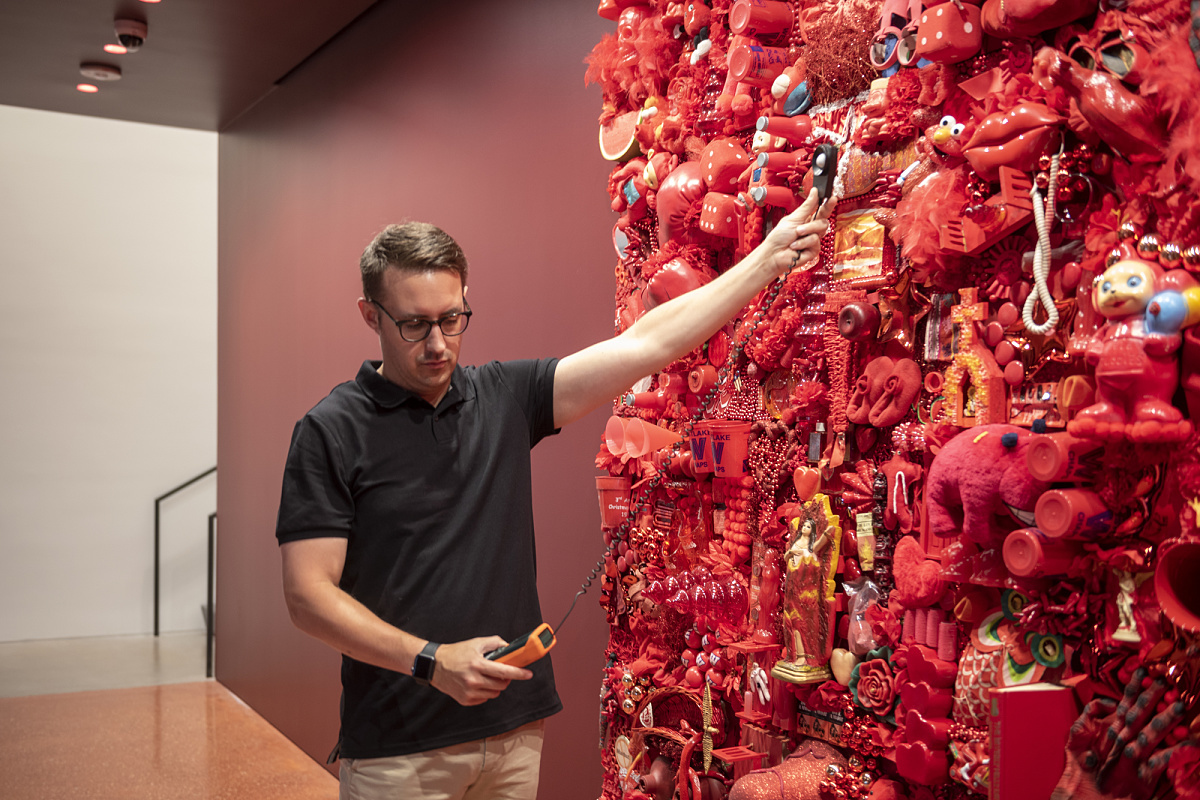 The colour red played an important role for Linda Pace – as demonstrated by her work "Red Project" from 2001. Shown: the team of the New York lighting design studio Tillotson Design during commissioning. 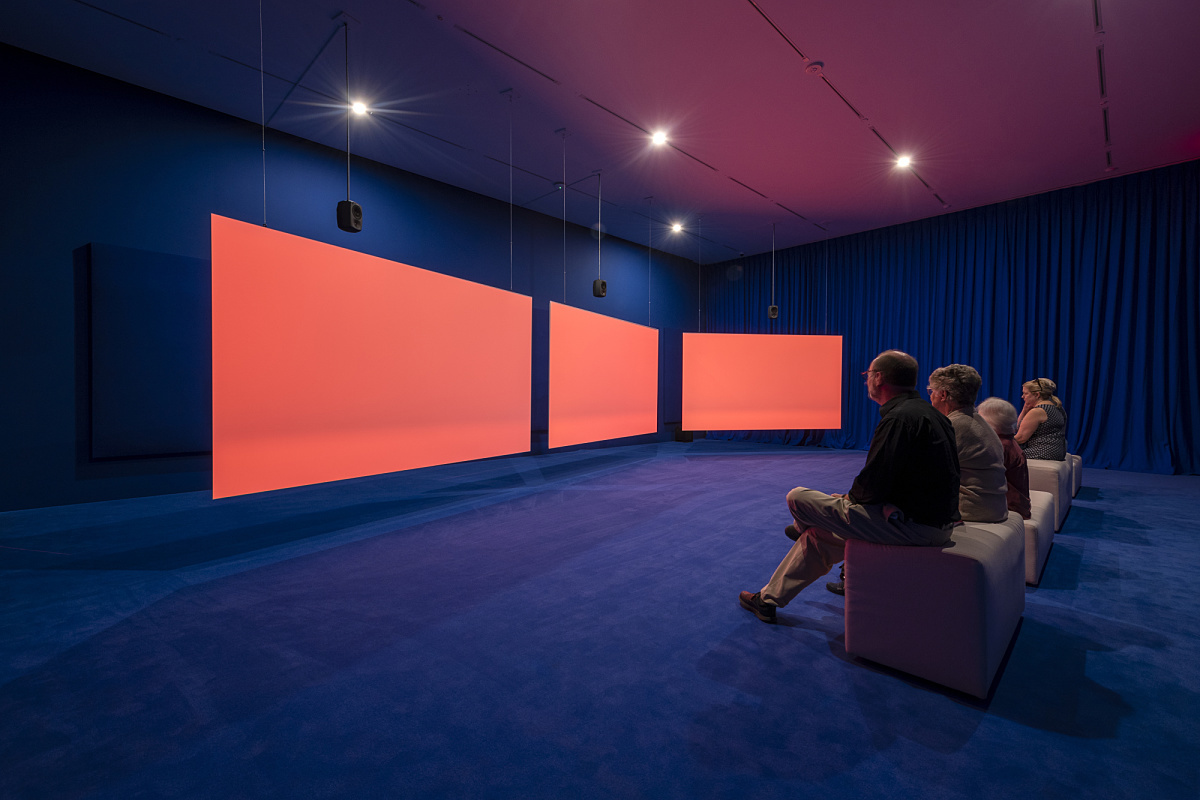 The open exhibition spaces consist of three high galleries which seem like a fusion between factory loft and white cube. Diffuse daylight enters through one skylight in each space. The installation is complemented by 24W LED Parscan wallwashers in warm white, creating contemplative ambient lighting even at room heights of up to 4.6 metres. Accentuating light which can be simply modified according to the temporary exhibitions on view additionally highlights individual works of art.
"The diversity of the Parscan spotlights with their unique interchangeable lenses gave us the flexibility we needed with a consistent form factor, “said Megan Pfeiffer Trimarchi, Senior Associate at Tillotson Design. ERCO track embedded in the ceilings emphasises the sloping nature of the latter by providing them with a discreet linear structure. 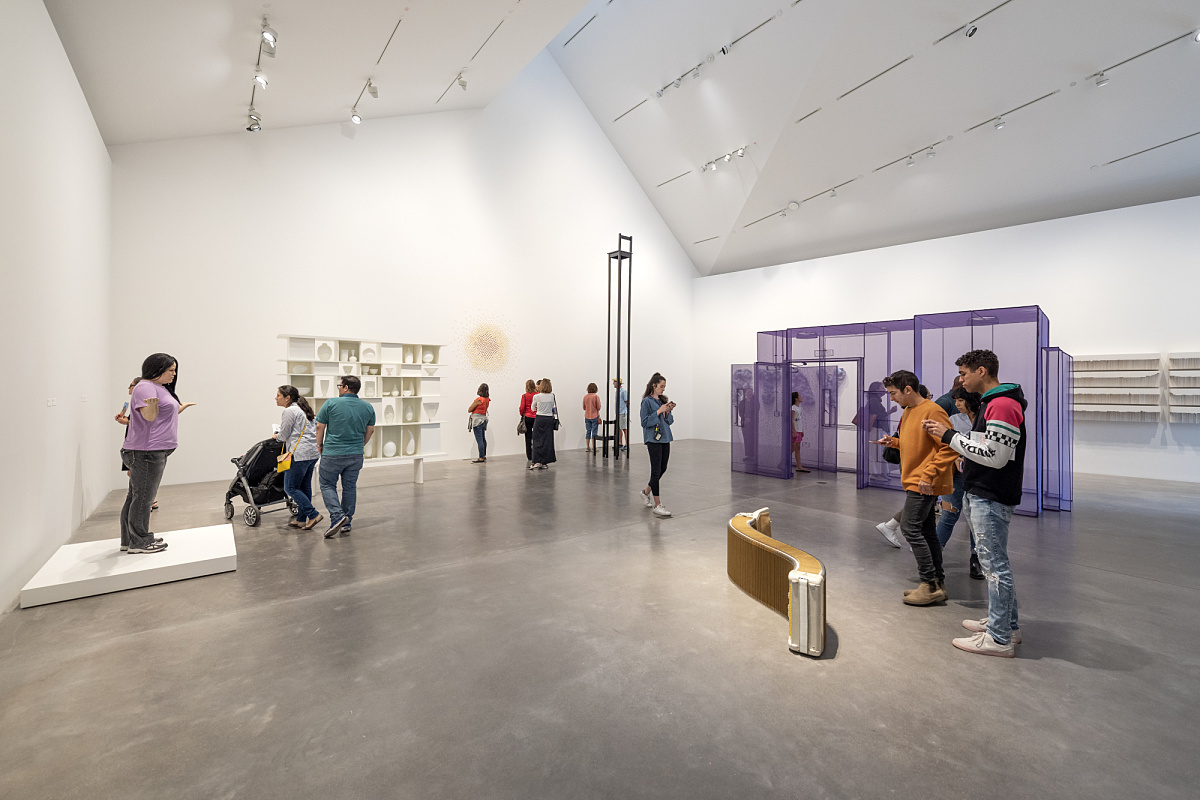 ERCO track embedded in the ceilings emphasises the sloping, industrial hall-like ceilings of Ruby City and enables a high degree of flexibility with the staging of exhibitions. ©Linda Pace Foundation Collection 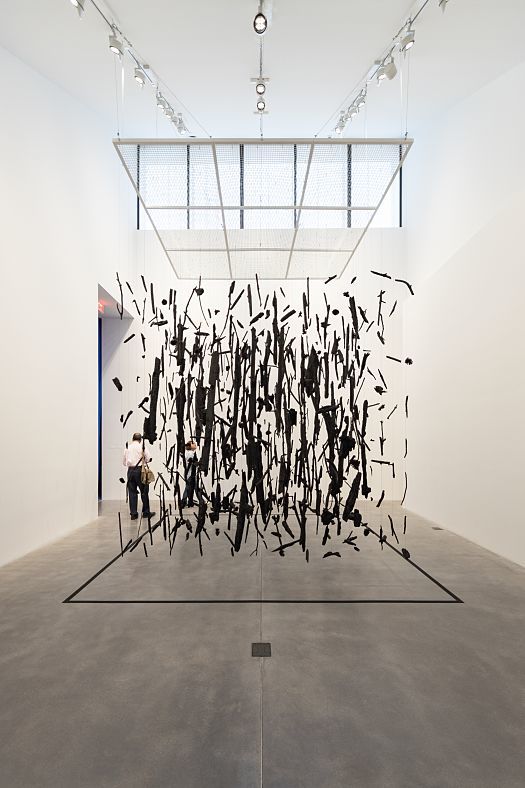 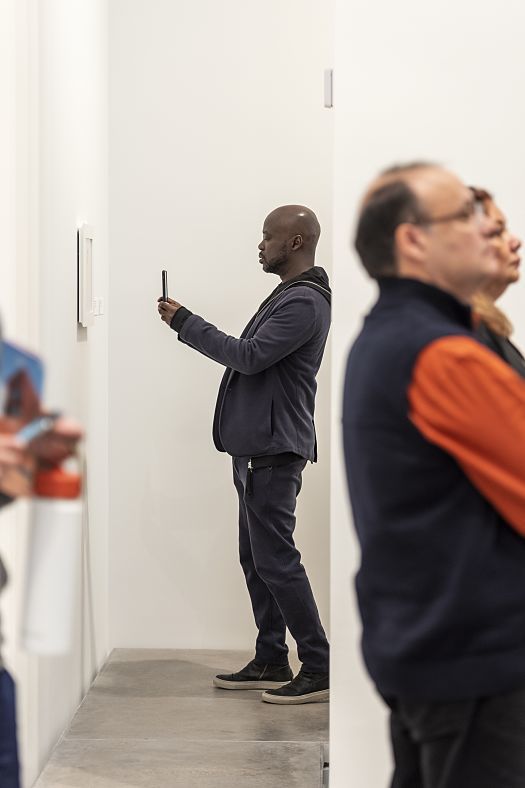 Point-precise light beams from a ceiling height of 4.6 metres 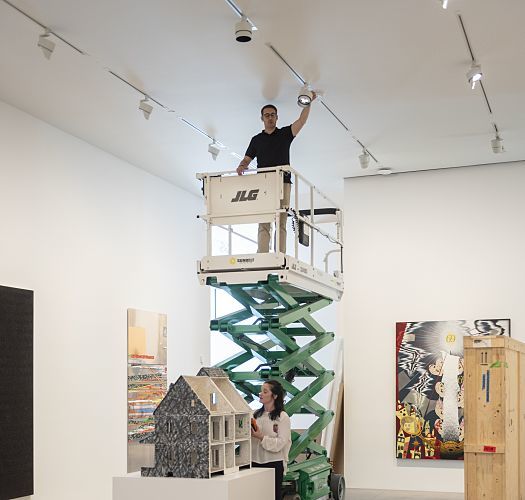 The lifting platform enabled the lighting designers to implement their lighting concept for Ruby City on location, despite complex ceiling geometry and room heights of up to 4.6 metres, with the utmost accuracy. 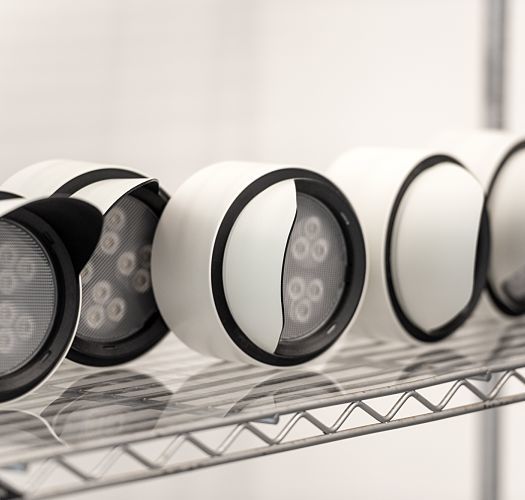 The dimmable ERCO LED spotlights comply with both the briefing for energy-efficient lighting and the stringent conservation requirements for material-protecting museum lighting. The high quality of the ERCO LED optoelectronics guarantees a long service life for the luminaires – even, as intended by the lighting designers' concept, with continuous use at night. In this way, the lighting, which enables the art centre to illuminate from within at night, blends the new architectural landmark with the San Antonio landscape. 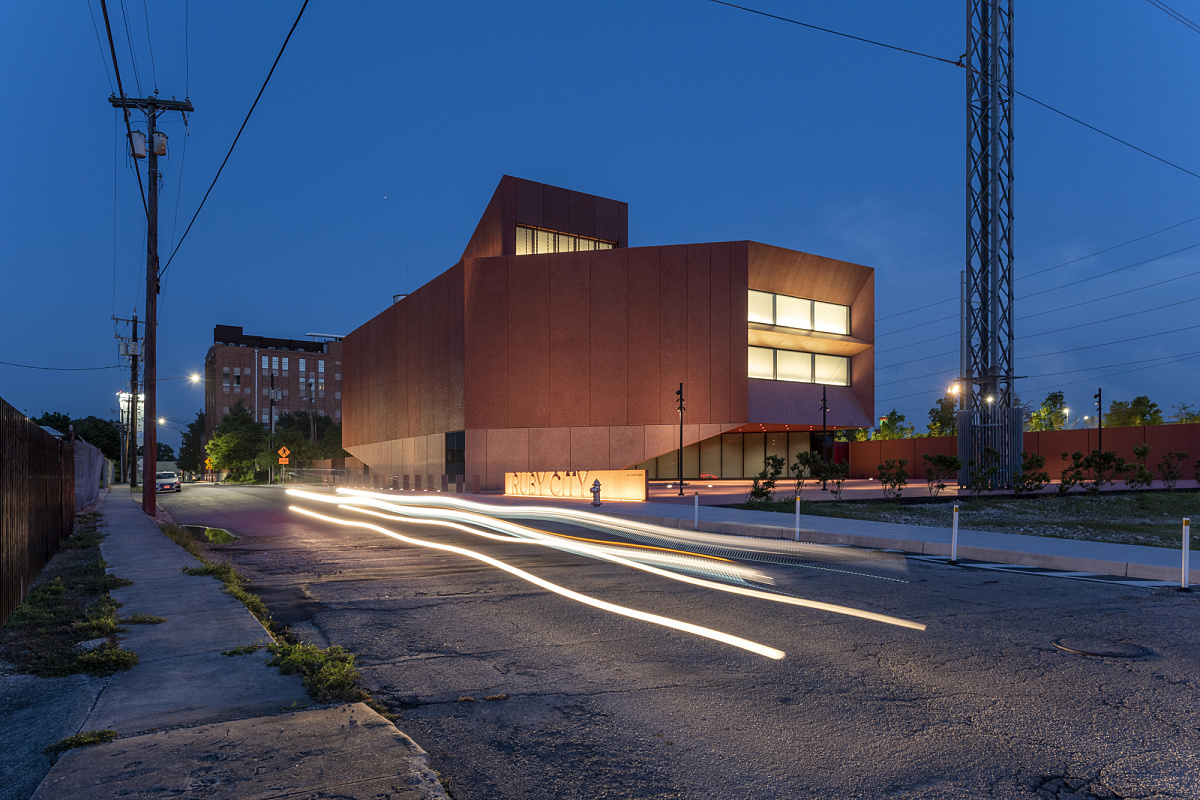 The lighting concept by Tillotson Design, which specifies dimmed lighting at night, links up the art centre with the Texan landscape. In this way, it communicates and reflects the collaborative, social claim of the Linda Pace Foundation. 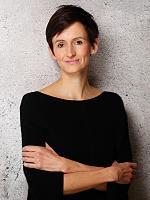